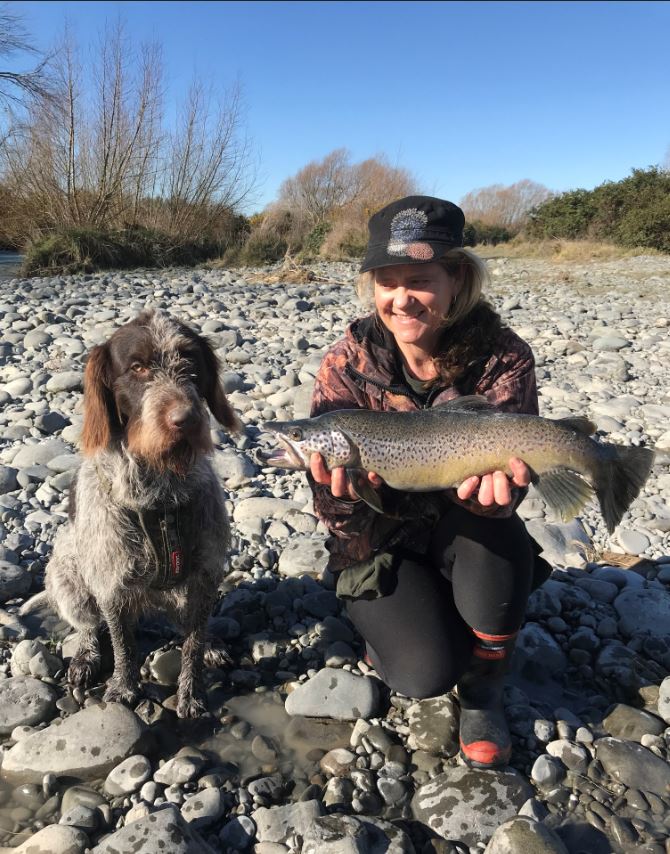 With the new season now only days away from opening, anglers need to make sure that the first thing they do before even casting a line on October 1 is to protect the future of trout and trout angling.

New legislation just introduced to Parliament represents a significant threat to the way trout, salmon and other sports fish are managed in this country.

As an angler, you need to join the fight to stop the legislation going through as it stands – and make sure your mates also do their bit.

Details on just what you can do are available below or here.

Once you have done your bit, you can start thinking about the new season, which starts on Monday 1 October.

Rivers, lakes and other waterways around the country, rested over winter, re-open to fishing on that day and hopefully you have remembered to organise your leave.

In the North Island, the lakes that re-open include, of course, Rotorua's celebrated trio of Tarawera, Rotoiti and Okataina. A record run of fish through the trap on Lake Tarawera, used to source the best fish for breeding, indicates there are plenty of fish about.
Drift dives to count fish in the Tarawera Outlet also point to high fish numbers.

Fish & Game is running the popular Fish for Gold competition in selected Rotorua waters again this year, with plenty of prizes, including $10,000 for catching a tagged fish.

Auckland and Waikato fishers can dust off their fishing skills in the popular Kilwell Lower Waikato River Contest that kicks off on October 6 (see our Angling Events page here).

Down south, the word from those who know is fish the estuaries, where trout are actively feeding now the whitebait season is in full swing. West Coast estuaries can be 'trout central' this time of year. Small South Island streams are another great prospect for early fishing.

Do you want to catch a 15-pound trout? Head to Lake Argyle for opening, is the word from staff. 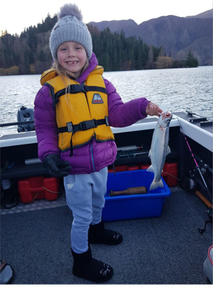 In the deep south, staff say a relatively settled winter has kept streams in good condition for trout spawning. The post-spawn recovery should be high and translate into "a few extra fish in our rivers."

So now's the time to prepare well – ensure all your fishing gear is up to scratch. Buy that licence – the one that fits your lifestyle – you've got ten options to choose from.

And even though spring is presently producing flashbacks to winter, there's the delicious prospect of some warm summer fishing a little ways down the track.

P.S. Thanks to Brett Wilson for the snap of Sid and Amanda with her 5.5lb brown from the Waimakariri River (top image). 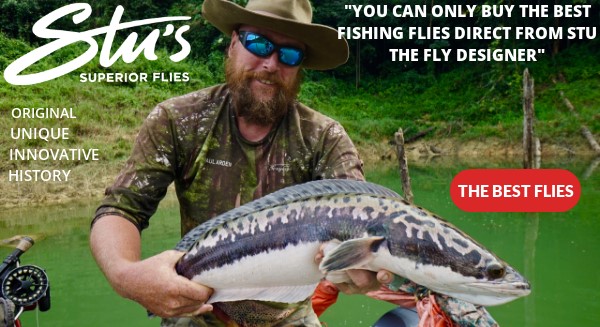 Will Spry says there are places to fish before the high country lakes open early November...
Find out more

Graeme Marshall has ideas on where to fish in South Canterbury as the new season gets underway...

At last the river has cleared, but still it runs high from snowmelt in the ranges. There are logs strewn on the banks – deadwood from clearfells further upstream, and they are hairy with branchlets that will catch a carelessly cast spinner or fly.

Through a maze of detritus a thick school of whitebait runs.

A shag takes its toll and with thickened crop it perches atop a bare-branched pine and croaks to its mate building a nest in the fork of the tree.

The sun lifts above the horizon, brightening the dance of swallows taking sandflies and gnats in swooping glides, seeming to defy all laws of gravity that hold humans firmly to the planet.

Although a footstep in the fast-moving current proves that gravity is not powerful enough to make wading safe. The power of the river is all too apparent...