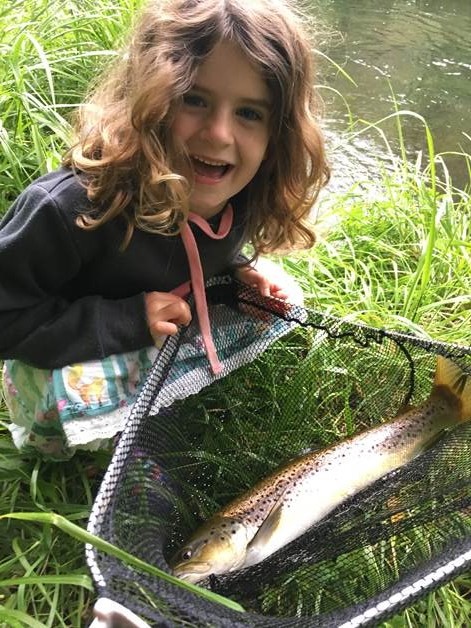 If ever there was a month to contemplate some great fishing ahead…November is it.

In many parts of the country, rivers and streams have been steadily receding from their winter levels.

Winter flooding has cleaned them out and now, rising water temperatures are triggering some hatches of mayfly, stonefly and caddis.

Trout are putting on condition rapidly after spawning and they're in feeding mode again.

In the lower North Island, staff report some "very big fish” around this season and not just in the headwaters, as sea-runs chase whitebait runs.

On the Eastern side of the North Island, the Ruakituri River has been living up to its reputation for world class fish and the Waioeka River has also been fishing well.

Fish & Game's trapping on the Ngongotaha Stream near Rotorua has turned up some 3kg browns, hinting at some great action when tributaries re-open from December 1.

And as this month's cover photo shows, Taranaki trout are also there for lucky anglers, no matter what age they are.

Down south, our south Canterbury correspondent "can't recall such optimum conditions for close to 10 years.”

And some great fishing has already been had in the Central South Island.

If you are fortunate to hook a nice trout, treat it well. Check out our advice on Looking After Your Trout you'll find in our Getting Started pages here.

P.S. Thanks to Reuben Creery for this photo of daughter Paige (aged five) with her first trout from the Mangamahoe/Waiwhakaiho inlet in Taranaki (with a wee bit of help from Dad).

What's behind a decline in the runs by wild salmon – and what can be done about it? Those are the sorts of questions which prompted Fish & Game to organise a two day symposium to discuss the South Island's troubled wild salmon fishery early next month. The fish are highly valued by freshwater anglers who target them during their migratory spawning runs up many of the South Island's major rivers. Symposium organiser Matthew Hall says everyone with a stake in the fishery should attend the symposium and explore what is contributing to the decline. The forum is being held at the Hotel Ashburton on the weekend of November 11 and 12. For details, click here.

Water quality will be one of the key issues for the new government. Indications are Labour's proposed water royalty on agriculture won't be introduced. However the Labour-led Government has flagged as a priority, its intention to hold a Clean Waters Summit on cleaning up our rivers and lakes. Click here for details.Fish & Game has welcomed the new government, saying it's a win for the environment.

New research on keeping stock out of rivers and streams, that sparked a call for a rethink of fencing strategies, has received widespread publicity. At the moment, streams wider than a metre and deeper than 30cm must be fenced to keep stock out of them, but this rule doesn't apply to smaller waterways. But New Zealand research just published in the international magazine Journal of Environmental Quality questions the current approach. Click here for details.

Kids fish out days coming up

Throughout the country there are still kids fishing days in the coming weeks. In the Otago, Central South Island, Taranaki and Eastern Fish & Game regions kids fishing days are all being held. Contact your local region to find out more or check out their regional page on the Fish & Game website for more details.

Fish & Game NZ magazine now has an online platform with heaps of great info, articles and prizes. Fancy a new Epic Kiwi Classic fly rod? Head on over to the Fish & Game NZ magazine website and discover how to enter. You'll also have heaps of great info at your fingertips including select features, columns and gear reviews.
Grab yourself a licence, preferably of the Whole Season variety. You can fish for the entire year – that's 365 days – for a ridiculously low cost of just 35c a day. That's cheap enjoyment… 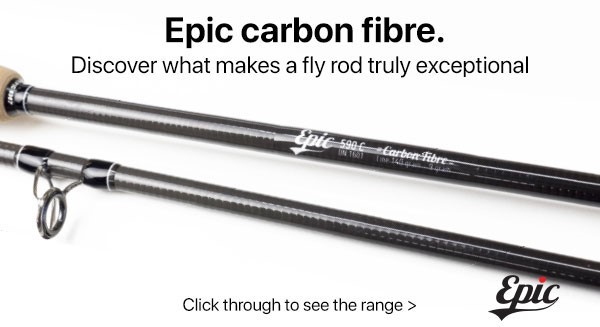 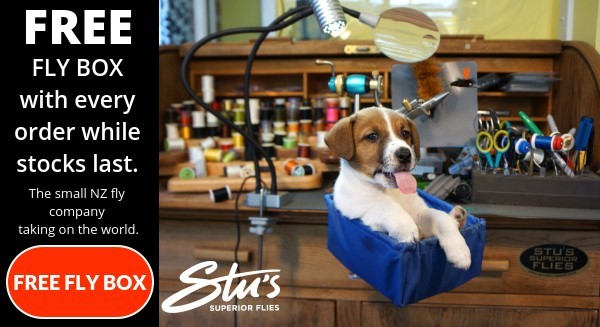 Will Spry says rivers are in good health and browns are in "full on feeding mode” …
Find out more...

Graeme Marshall says he can't recall such such optimum conditions for close to 10 years.
Find out more...

In the hills where bright water flows clear and clean, filtered by tree roots and silvery gravels, young fish, parr-marked and swift, swim the pools and runs.
They gather in schools and when it rains and streams run bank to bank, these young fish go with the overpowering flow, downstream through high country valleys where snow-melt clouds the water, down through forest-shaded rapids and tumbling over shallow waterfalls, driven by the power of the spring flood and powerless in its might.