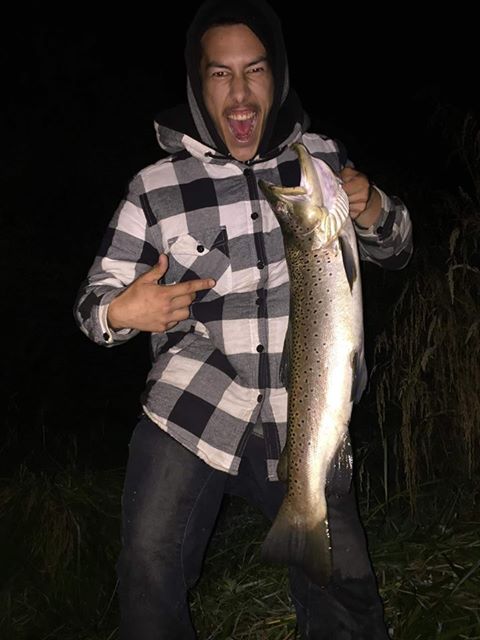 "Nothing compares to a magical February day when seemingly every trout in the river is rising.'

This comment from the NZ Professional Fishing Guides Association sums up well the joys of a sunny summer's freshwater fishing.

February is a great month for fly fishing, when dry fly and 'terrestrial fishing' really comes into its own – and cicada, grasshopper and blowfly patterns can do the business.

Thanks to Suede Horsham from Mataura for sending in this month's cover photo of his 6.5lb brown trout.. 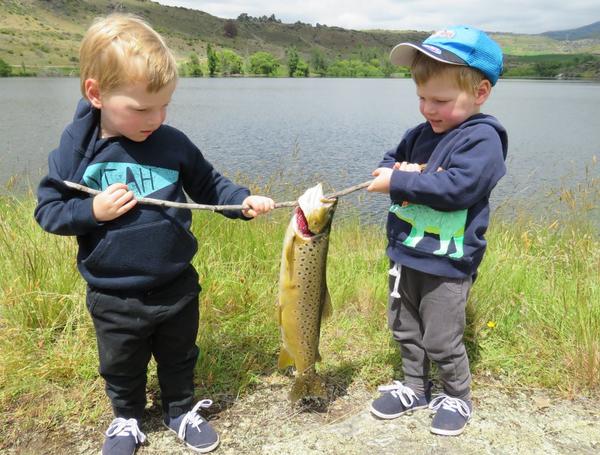 Thanks to the Carroll family for this shot of their three year-old twins Thomas and William hoisting a fat brown trout at Conroys Dam in central Otago.

But there's lots of simpler fishing on offer - trolling options for family-oriented boaties and spin fishing for the time-pressured or those who're new to angling.
Some of our fresh reports from staff in the field are inspiring, to say the least.
Auckland/Waikato staff say a drift dive fish count in the Whakapapa River turned up 17 "very large" trout per kilometre of river!

And speaking of very large trout, a potential new world record brown trout may well have been caught in the Mackenzie Country. At a reported 55 pounds, or nearly 25kgs, it certainly is a monster!

The fishing is cranking up on Lake Rotorua as fish converge on the stream mouths as water temperatures rise. Rotoiti continues to produce the best fish of the region, followed by lakes Okataina and then Tarawera.

In Wellington, in a fishery less than an hour's drive from central Wellington, staff recorded more than twice as many large brown trout (some 10lb plus) as they've counted in over 10 years monitoring! And there's hot fishing in the lower Ruamahunga River.

Down south, staff reckon that dedicated canal fishers are still pulling out some mega-sized trout and quite a few nice salmon as well.

Staff note that February is traditionally the month for the best Chinook salmon runs, so it may well be time to dig out the salmon lures and have a crack.

As always, read the regional reports for some season-specific tips from our experts to ramp up your chances of catching more fish. 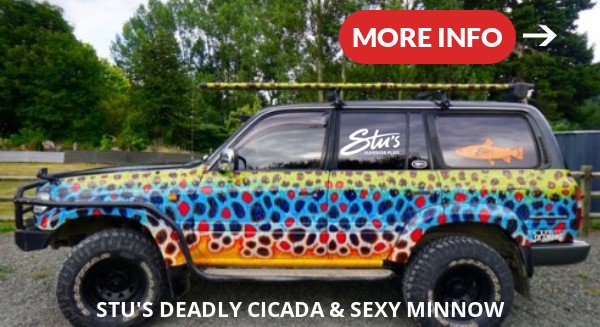 Will Spry says its time for some spectacular takes off the surface...
Find out more

It was a sky of deep grey, sulky and close to tears. The air was still, thick with scents of grass and pollen. The approach to the river was a blue carpet of pennyroyal that refreshed with minted scents and a riverside bog was edged with lemon balm where hover flies trembled and darted over muddy water that later in the day would release clouds of mosquitoes.

Blackberry formed a barrier, but a pause to pick the ripest fruit upon which only a few tiny insects scurried, quenched a building thirst. Succulent and delicious. Thorns were skirted and the river came into view through a curtain of willow.

The river ran glassy, grey-green, with not enough light to show fish holding deep, but the chances were they had moved to white water. The long reach revealed only reflection, pretty enough but sterile ... Continue reading here.