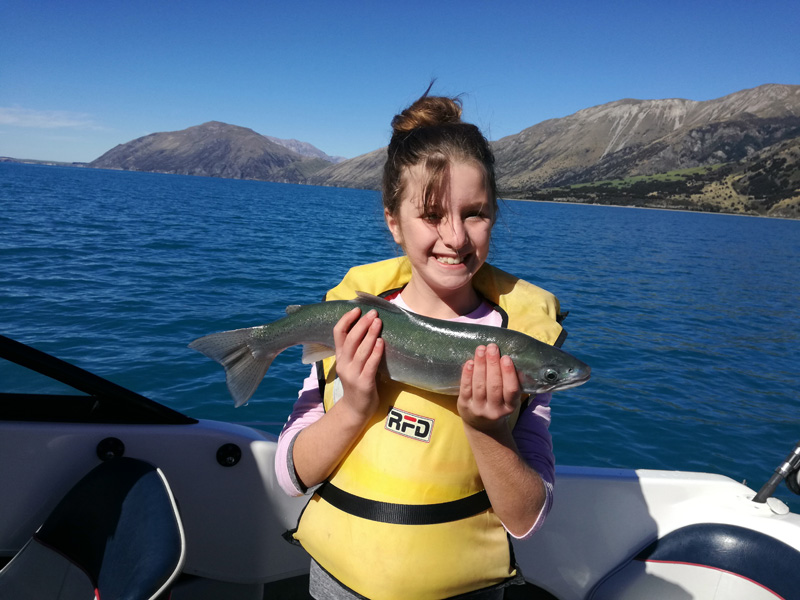 Trout are all set for action - getting ready or beginning their upstream journey to spawn.

And that translates as “some great fishing” in both islands.

In the words of our columnist Hugh Creasy, “ill-tempered trout, journeying upstream, will snap at anything that crosses their path…”

In the central North Island, Lake Tarawera fish have really come on over the last few weeks, our staff say, and the catch rate has been excellent since Easter.

Rotoiti on the other hand continues to produce bigger fish…just ask the angler who pulled in an 11-pounder out a couple of weeks back.

Out east towards Hawke’s Bay wine country, staff are tipping the renowned Mohaka River to produce some good fishing for anglers fishing or spinning, especially in the middle or upper reaches.

Down south, a “useful” selection of high-country lakes and of course the canals are still open for fishing in May.

Lake Benmore is a great sports fishery and is open all year. Lakes Tekapo and Ohau offer scenic and sometimes productive shoreline fishing in May too.

In Otago, the lower Clutha River fishes well this time of the year as do some of the dams and reservoirs in the Maniatoto.

Trolling on Lake Dunstan has been productive, and this should continue through the winter months.

Fish & Game has been helping Native American people on a fact finding mission focused on salmon. The group has been looking for the endangered Chinook salmon, which was once plentiful in their tribal land on the McCloud River in the upper Sacramento catchment in California. Local Chinook salmon, originally brought to New Zealand by the tribe in the 1900s, will be genetically compared to those of the Sacramento catchment. It is hoped that Chinook salmon can be returned to the Winnemem Wintu people, and the McCloud River. Read more here 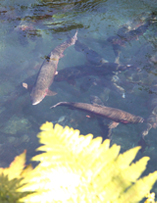 Trout poached from Fish & Game's Ngongotaha hatchery have come at a "real cost" for a Rotorua teenager.

Buy a winter fishing licence now, and you'll get nearly five months worth of angling pleasure for just $76.

The winter fishing season started on 1 April 2018 and runs until the end of September.

Fish & Game's Don Rood says that if you get your licence now at the start of May, you are perfectly placed to go out and target trout in top condition before spawning. He says that lots of waterways remain open through winter.

Will Spry reflects on some fishing highs and lows... Find out more

Graeme Marshall eats a big helping of humble pie over some earlier concerns...Find out more

Now is the time for contemplation.

Those flies and lures that took fish in summer-warmed waters are going to be put away – replaced by heavy nymphs and lures that will pull fish from the bottom. The urge to spawn has shortened fishy temperaments, and ill-tempered trout, journeying upstream, will snap at anything that crosses their path, or presents a threat. Jack fish will be highly territorial, and as their colour takes on a gaudy hue, their jaws change shape, their bellies darken and they are ready for battle.

On the redds it will be survival of the fittest. Diligent hens search out the finest gravels and spend time housekeeping to clean away all detritus to make a fitting nest for their offspring.

While they are doing it the males circle, seeking dominance for the right to spread their sperm as the eggs are laid. Continue reading here