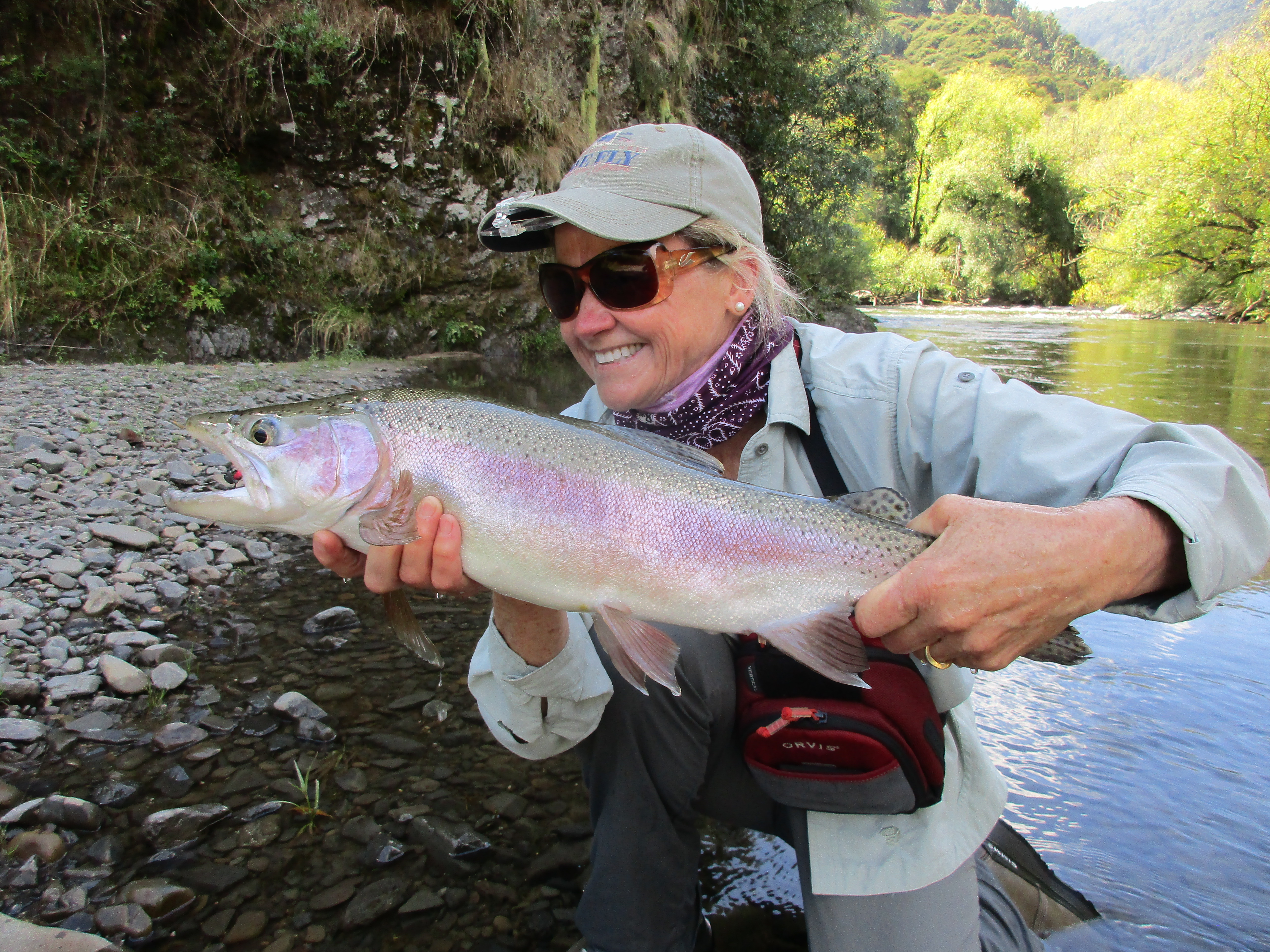 While closures are looming for some fishing waters, there are still opportunities galore to poke a rod at before winter really bites.

Especially as trout move into spawning mode in both North and South Island.

In the North Island, some "solid" trout are moving into small tributary streams to start migrating upstream in preparation for spawning (Brown trout up to 4.8kg have been running the Ngongotaha stream!).

Get set for some of that time-honoured excellent shoreline fishing on the Rotorua lakes as trout respond to Mother Nature's must-breed commands.

Flooding has made fishing tough in Hawke's Bay with the Tutaekuri River one of the most fishable.

On the other coast, many Taranaki fisheries remain open during the "winter season." They include Lake Mangamahoe, a picturesque lake near New Plymouth that has been fishing well.

Heading south, the fishing in South Canterbury has been described as "as good as it gets."

Lake Alexandrina in the McKenzie Basin is famous for its limited winter season in June and July. But there is also excellent winter fishing in other lakes in the high country. Trolling on lakes Tekapo, Ohau or Benmore on a clear day is highly recommended for an angling high.

Browns migrate up the Queenstown, Wanaka, Hawea and Te Anau lake tributaries and many of these remain open throughout May.
Winter is of course, a very popular time with hydro canal anglers. While the salmon scene has been somewhat lacklustre, some huge trout are being caught almost daily in the canals.

And the month of May sees some "pretty epic fishing" still on the go in the Otago and Southland regions.

Groundhog Day? Yet another damning report on the state of our rivers – this time showing that nitrogen levels are rising and three-quarters of monitored native fish species are nearing extinction.

The 100-page report, published today by the Ministry for the Environment and Statistics New Zealand, has been described as "damning" by the country's largest independent environmental organisation, which is calling for a dramatic reduction in cow numbers. For details click here and here.

Farmers are copping much the blame for our polluted rivers and lakes.

A TVNZ documentary called The Price of Milk caused a storm.

Here's the view of one farmer who wrote in defence of "non-industrial dairying.

Stay safe in May…

The month of May is a "crossover" one when a few anglers will be dusting off their game bird hunting kit in preparation for the new hunting season that kicks off on May 6. If you're an angler and hunter, check out the Mountain Safety Council's video on duck hunting safety – you simply cannot be too careful – especially when 41% of injuries occur on Opening Weekend. Make sure you're following the firearm safety rules so you'll make it home to your family and friends. If you're an angler, be extra cautious about where you're fishing – don't put yourself at risk in popular hunting areas. Click here to watch the MSC video.Meanwhile, do some revision on the seven rules for firearm safety – get them firmly fixed in your mind before the season starts. Click here.

Whether it's fishing or hunting you're planning, don't forget to buy a licence – or these great outdoor experiences could turn out really costly!

Go to our "gateway" page here here and click away for some well-priced outdoor adventures.

Advertising Opportunity!
If you would like to advertise in the above banner position and directly reach the fishing community across New Zealand, please contact Don Rood.

Will Spry says says there are still plenty of fishing opportunities in the McKenzie district...
Find out more

The air was still and I remained poised to cast to any movement. The tension built as the minutes passed. I knew there were fish in this backwater. I had seen them on my way downriver. They cruised the shallows, nosing into weed and under logs, but in near still water a cast would have to be perfectly placed to avoid putting them down.

A fish rose, dimpling the surface but not taking anything visible. There was more movement further up the backwater, and I knew it would not be long before caddis came off the water. After a few minutes the rise began and the fluttering dry-bodied insects suddenly appeared, skidding across the surface while their wings filled with blood and they were able to fly. It was a moveable feast for trout and they went mad in their pursuit... Continue reading here
________________________________________