The New Zealand Fish and Game Council in cooperation with the New Zealand Game Bird Habitat Trust is running a photo competition.

The winning image will be used on the Game Bird Habitat Stamp and Game Bird Licence.

Ideally, the photo will depict the chosen game bird in its natural habitat.

In some instances a photo of a harvested bird will be accepted however it must be tasteful and highlight the bird well.

The selected game bird species to feature on the 2023 photo competition is any wildlife declared to be game (see the list below).

These are species administered by Fish and Game Councils for the benefit of recreational hunters.

You are invited to photograph any one of these species, singularly, as a pair with or without chicks, or in a mob and submit a high-resolution image that may be selected to appear on the 2023 habitat stamp and game licence.

A licence must be obtained from Fish and Game New Zealand every season to hunt these game bird species.

Each year a species is selected to appear on the game licence in the form of a habitat stamp.

The stamp has an NZ Post value of $10.00 but is available to the hunter for an amount specified each year by the NZ Fish and Game Council.

With each licence sold, this $4.00 (or $10.00 if sold through NZ Post) goes towards habitat conservation and is made available to any landowner in the country for the creation, enhancement, or restoration of habitat suitable for game birds and other wildlife.

Anyone can apply to this fund administered by the NZ Game Bird Habitat Trust, with applications closing at the end of June each year.

The competition was open to anyone, except those directly involved with the competition and judging (including their families and relatives).

The competition is also not open to Fish & Game staff or their families.

If you are under the age of 16 you must have permission to enter from your parent or guardian.

By submitting an entry for the competition, your parent/carer/guardian is deemed to have given such consent and to agree to the use of the entry as described in these terms and conditions.

Your entry must be submitted digitally via the Fish and Game website below.  No other forms of entry will be accepted.

A panel of Judges will select images based upon technical quality, plus the aspect and background to the subject bird.

The ideal shot will be of the subject species at home in the sort of natural environment where it will thrive.

Judges will look for diversity, originality and creativity of the composition. Judging will be anonymous.

The decision of the organisers is final and no correspondence will be entered into concerning the competition’s judging and organisation.

Once the winner is announced, all ownership rights to non-successful entrants will return to those entrants.

Entries are required by 1 October 2021

The selection of a winning entry for the habitat stamps will be made by mid-October 2021.

Preparation of habitat stamp & its release

The 2023 competition is to select the best quality game bird image out of any game bird species as listed in Schedule 1 of the Wildlife Act 1953 (Mallard, paradise shelduck, NZ shoveler, black swan, pukeko, chukkar, quail, pheasant and partridge) ideally in its natural habitat and/or as a pair, with chicks.

The winning entry for the habitat stamp will be submitted by the New Zealand Fish and Game Council to NZ Post by mid-November 2021.

The image will feature on the Habitat Stamp to be released on February 2nd 2023. 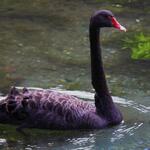 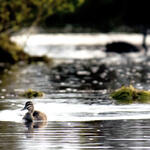 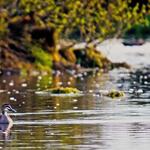 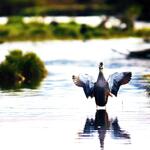 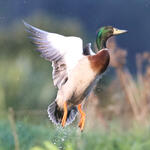 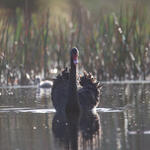 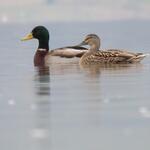 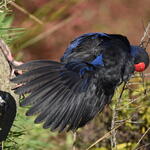 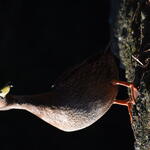 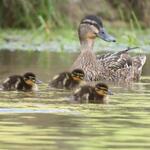 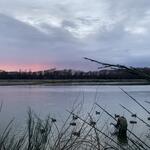 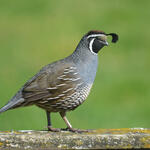 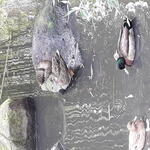 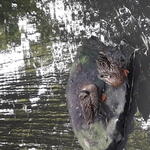 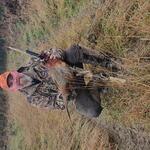