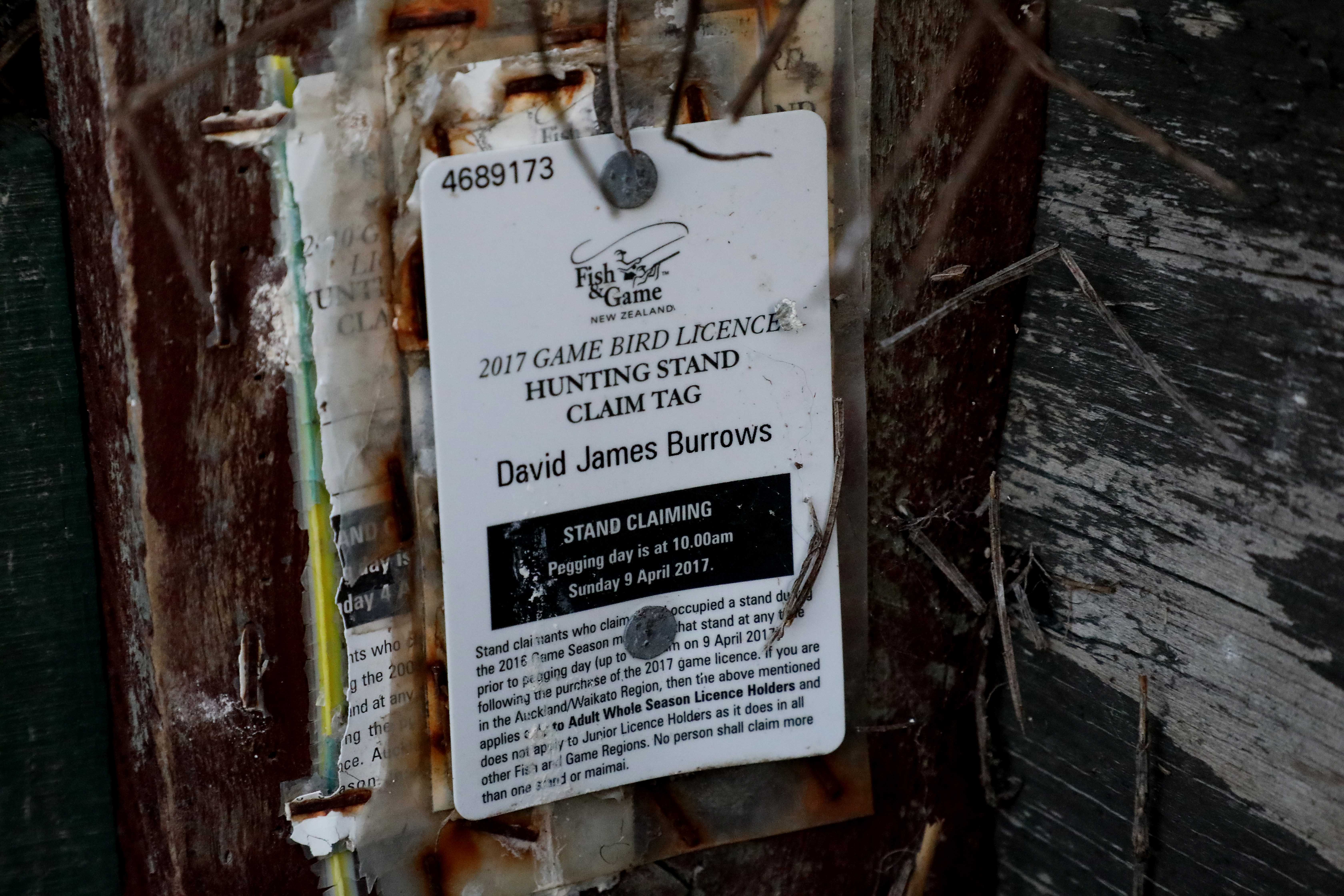 Game bird hunters are being reminded time is running out to claim their favourite maimai or duck shooting spot in time for the start of the new hunting season.

Fish & Game says hunters wanting to retain their favourite site must physically claim it by 10am this Sunday, April 8.  If they don’t, other hunters have the right to claim it as their own.

Above Right: A hunters tag from the 2017 season.

“When hunters buy their new licence, they can get a hunting stand claim with it.  They just need to nail it up in the spot they want, after of course checking that no one else has already claimed it,” Mr Sowman says.

However, there are a few rules for aspiring hunters to remember, he cautions.

“If they want to use the same place they did last year, then they can re-claim it at any time.  But if they are claiming a new spot, they can only do that after 10am April 8 to give the hunters who used it last year time to decide if they want to use it again. 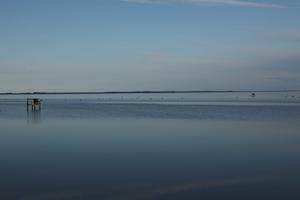 this weekend is your chance to stake your claim to some prime hunting spots.

“That means mid-morning this Sunday is the deadline for last year’s hunters to make up their minds if they want to keep using their old hunting spot.  If they don’t, anyone else has the right to claim and use it,” Mr Sowman says.

“Tagging your maimai now sets you up for the season ahead, ready to harvest birds over opening weekend – and then go on  to use that spot for the rest of the season,” he says.

The game bird hunting season traditionally begins on the first weekend in May – this year that is Saturday May 5.

Around 40 thousand hunters go game bird hunting and their chances of harvesting a duck dinner this year are looking good.

Fish & Game says ducks have bred well in many parts of the country and population levels are at good levels.

Details on Opening Weekend prospects and how to buy a game bird hunting licence can be found on the Fish & Game website www.fishandgame.org.nz