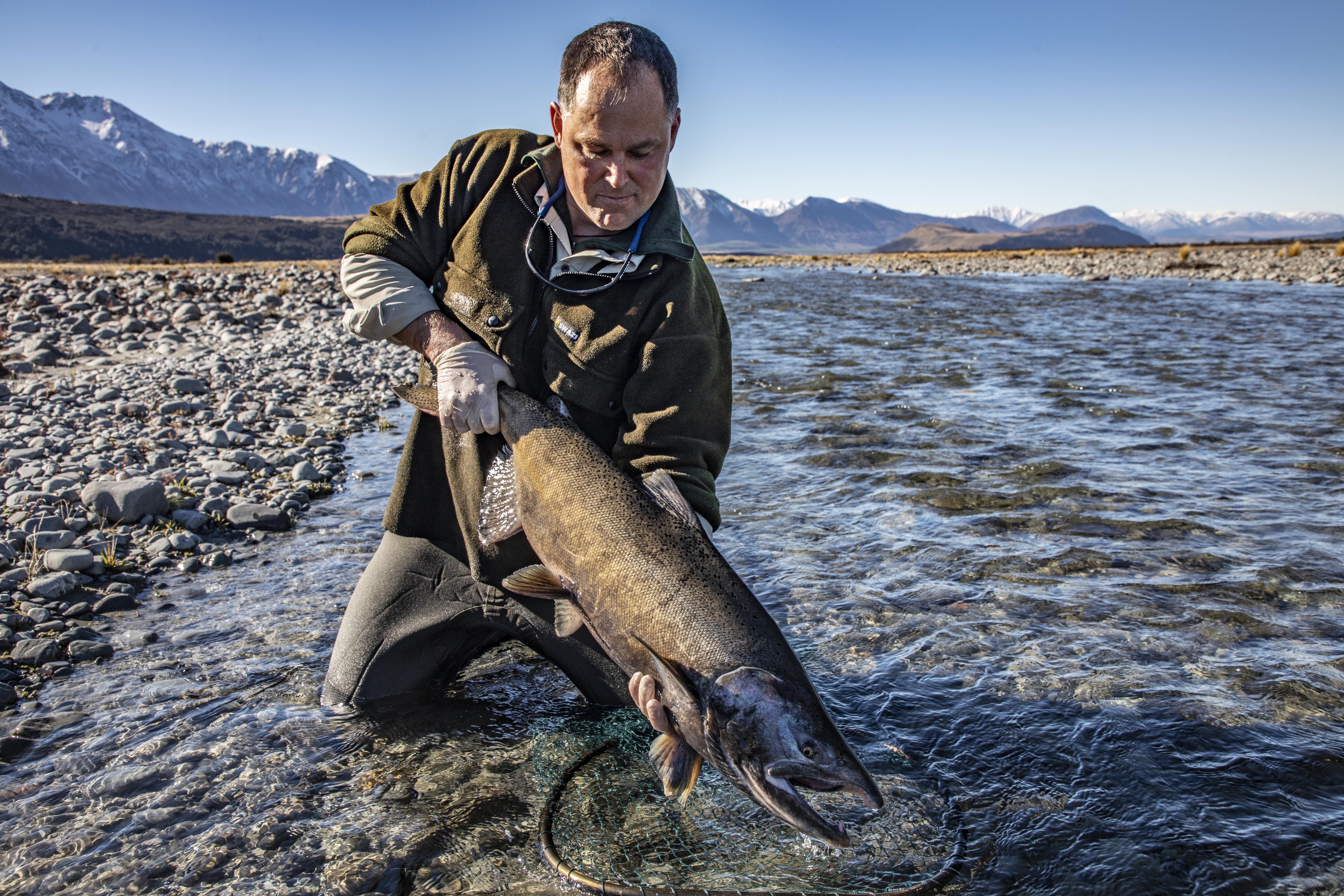 To help save New Zealand’s wild Chinook salmon species, a ground-breaking change to freshwater fishing regulations will introduce a season bag for sea-run salmon in the 2021/22 fishing season, in place of a daily catch limit.

“The wild sea-run salmon fishery has been in decline for over 20 years, traditional regulatory options haven’t been working for Fish & Game so new techniques were required,” says Alan Strong, Chair of North Canterbury Fish and Game Council.

“The decline in spawning runs might be caused by a host of factors, including habitat and water quality, hydropower development and irrigation practices, and ocean temperatures. Most of these factors are outside Fish and Game’s control. So we have to make the best use we can of our bag limit power and the data we’ve accumulated over many years,” says Dr Andrew Simpson, Chair of Central South Island Fish and Game Council.

Overseas research shows the advantages of limiting season bags, and in 2020 both Canterbury based Fish & Game Councils consulted with anglers and jointly sought Government’s approval to implement a season bag limit.

“It is critical that there are sufficient sea-run salmon spawning to sustain future generations,” says Fish and Game Officer Mark Webb, who led the staff team developing the new approach. “The size of the season bag limit will be reviewed annually, based on where the size of the spawning population sits within the range of spawning thresholds.”

Anglers will be able to get their salmon bag limit card online through the Fish & Game licencing system, similar to how anglers currently obtain a free backcountry endorsement.

When an angler reaches their season bag limit, they will have to stop fishing for salmon for the remainder of the season. A season bag limit is new to New Zealand anglers but is widely used to manage fisheries around the world. Modelling shows that it may be the single most effective regulation to ensure enough sea-run salmon reach the spawning grounds.

Fish and Game’s 2017 Salmon Symposium highlighted the need for more nuanced management mechanisms that reduced the overall harvest of salmon while maintaining equitable access to the fishery for all anglers.

Angler catch surveys indicate that after spending up to three years at sea, between 40 per cent and 60 per cent of salmon returning to spawn in Canterbury rivers are caught by anglers. It is estimated that a season limit bag of two fish will reduce total catch by about 35 per cent, directly increasing the number of fish that can spawn and sustain future generations of salmon. The season bag is expected to affect only a fraction (about 5%) of salmon anglers.

In the future, Fish and Game expect that a season bag limit regime will allow them to relax current restrictions on when and where anglers fish, to increase angling opportunities when wild salmon numbers rebound.