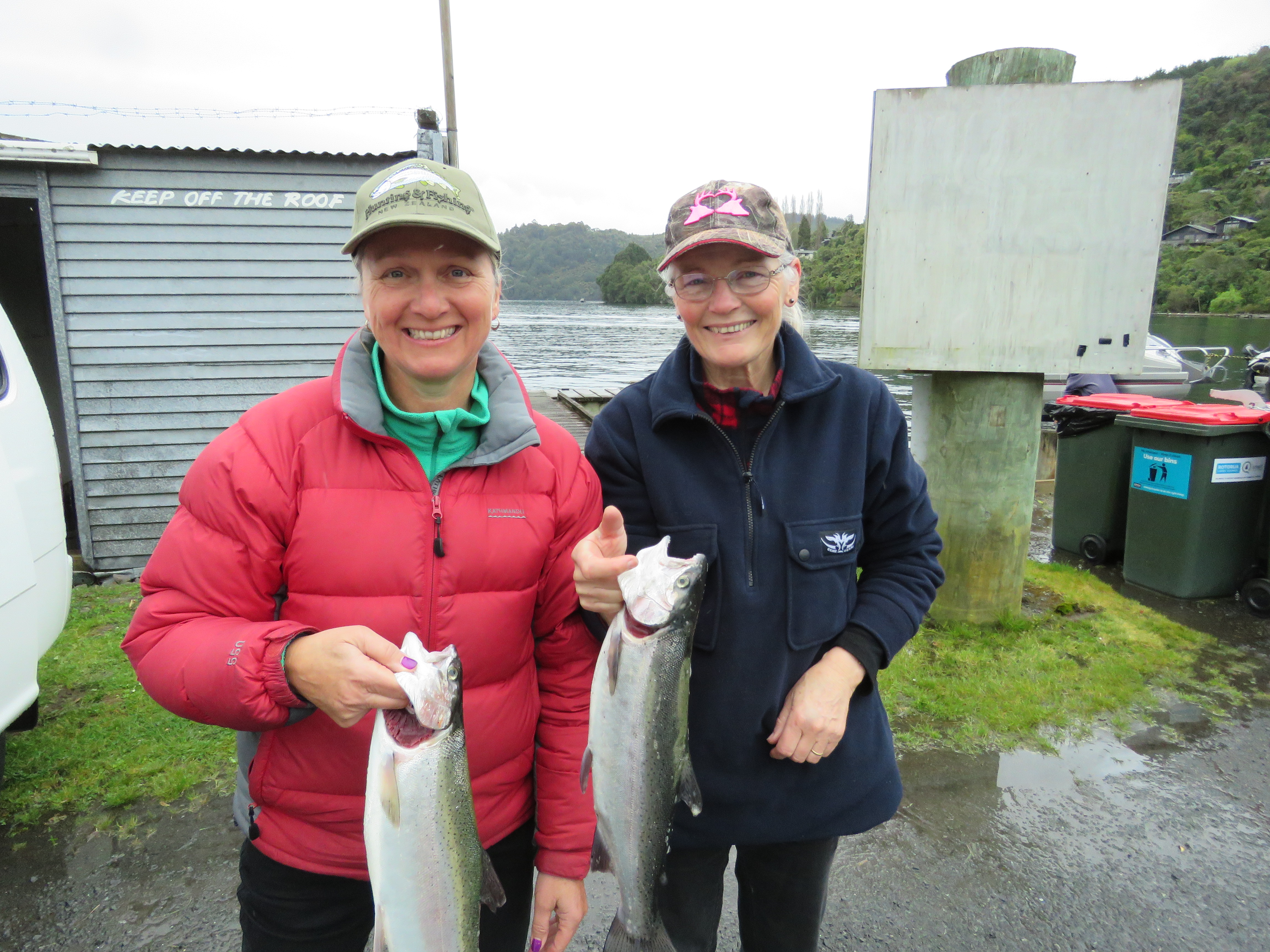 Fish & Game Eastern Region Manager Andy Garrick says there was a good turnout in spite of the weather which deteriorated as the day went on.

“Excellent numbers of fish were caught and very few folk missed out on catching something,” he says.

The size of the trout caught was nothing exceptional overall but there were still some great fish landed.

The best fish weighed in on the day was a 3.7kg rainbow caught on Lake Okataina, in line with Fish & Game predictions of where the best fish might be caught.

Not far behind that was a 3.6kg trout caught on Rotoiti, and  a 2.9kg rainbow on Lake Tarawera, Mr Garrick says.

The condition of the fish was generally pretty good, he added.

“People were happy to get out and fish the day in spite of the cold, wet, and windy conditions, and be part of what is a grand outdoor tradition with all the camaraderie of friends and family getting together.”

No one caught any pink tagged fish which were released earlier for the Fish for Gold promotion.

Somewhere, in  either Tarawera, Rotoiti or Okataina, there's a 'golden trout' worth $10,000 to a lucky angler.

Fish & Game staff released 10 rainbow trout with specially numbered pink tags into each of these lakes for its Fish for Gold promotion - which got under way on Opening Day and runs until Sunday October 8.

Aside from the  big cash prize there is  an outboard motor valued at nearly $1000 up for grabs, and vouchers worth $200 each for all other pink tagged fish caught.

For a closer look at the boys fishing early on Opening Day, click here.