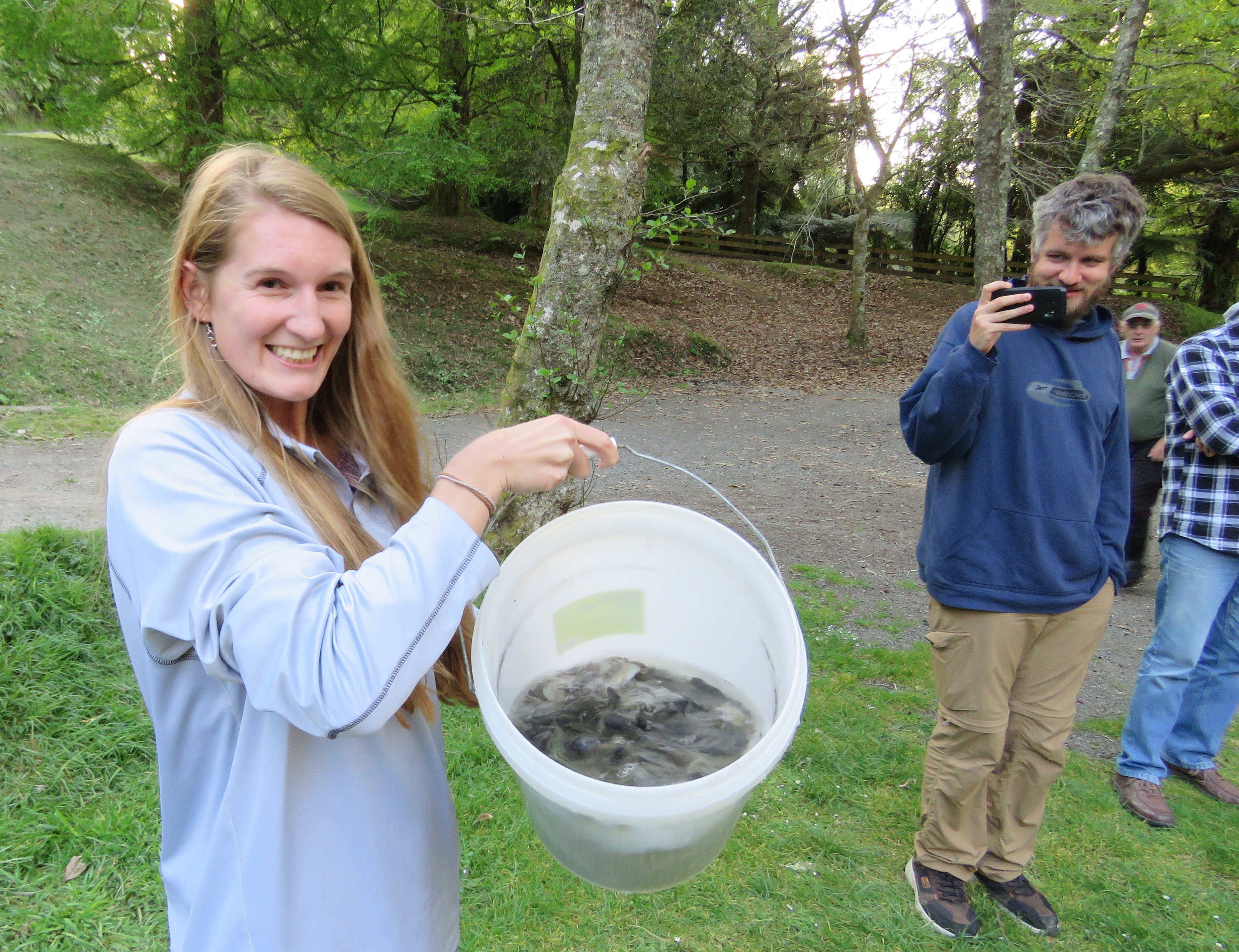 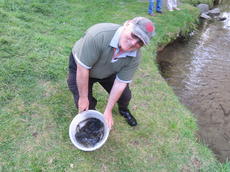 Stuart Vaughan from Tauranga Anglers Club shows off a bucketload of trout before releasing them.

A fishing licence is required to fish for trout, and an option for families is to purchase a family licence.

It allows two adults, parents or grandparents, and up to four children or grandchildren to fish under the one licence.