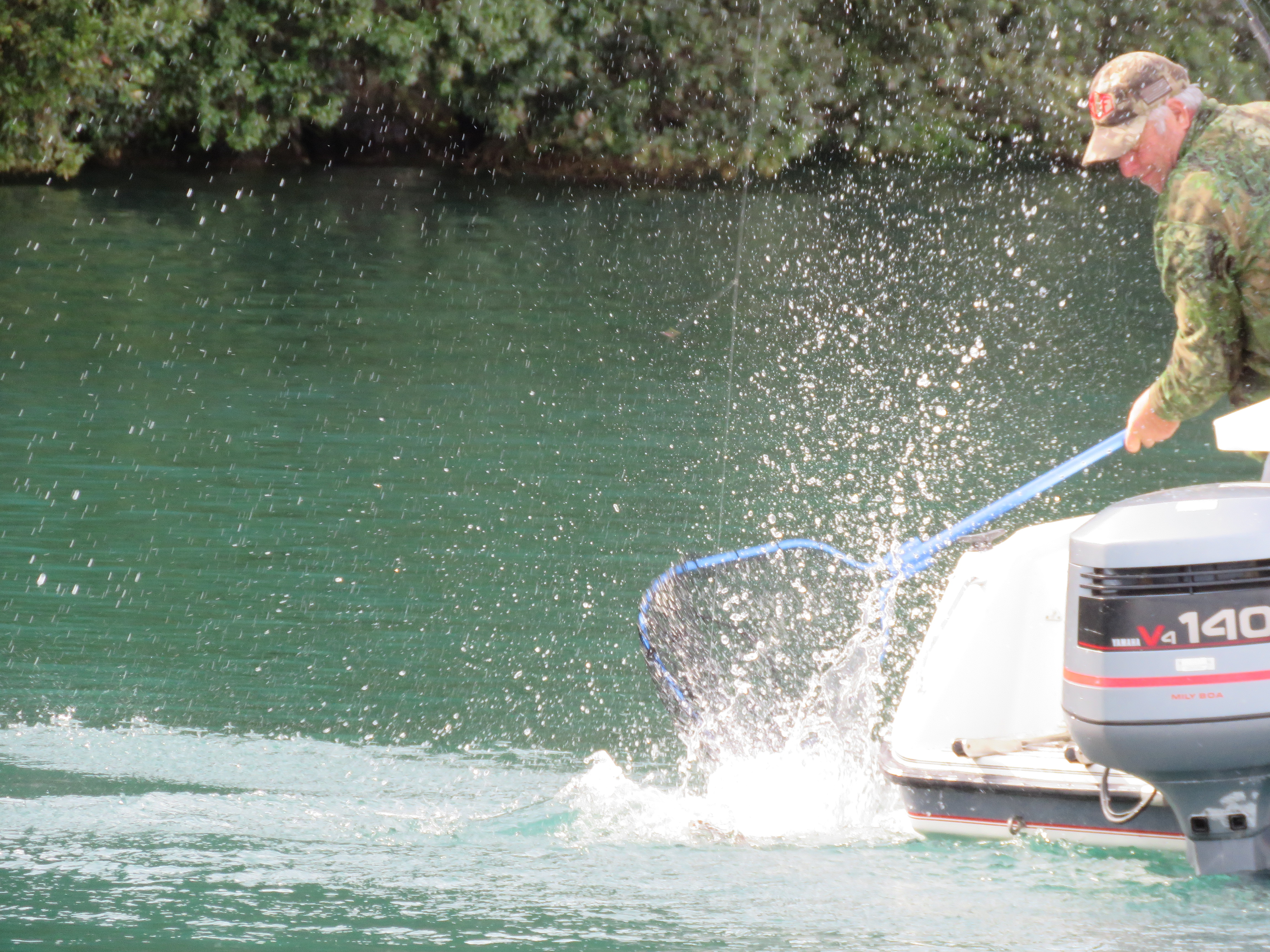 Rotorua’s reputation for quality trout fishing has been reinforced with this week’s start of the new fishing season which has seen trout of nearly five kilograms landed.

The season opened on Monday with large numbers of anglers out on Rotorua’s lakes and surrounding streams and rivers which have been closed over winter to allow trout to complete their breeding season undisturbed. 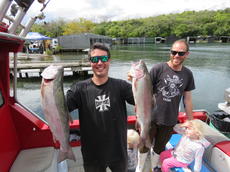 Dane Trimmer and friends back from a successful morning on Lake Tarawera.

The biggest fish reported from Opening Day was a whopping 4.8kg brown trout, 10 and a half pound in the old measure, caught after dark at the Ohau Channel.

In the lakes themselves, Fish & Game Officer Matt Osborne says Rotoiti produced the biggest fish measured on the day, with a specimen weighing in at 3kg.

But Mr Osborne says it was also pleasing to see improvements in the condition of Lake Tarawera fish.

“The biggest fish weighted 2.7kg and the two year-old fish, the most common age class caught at opening, showed an improvement in condition compared to last opening.”

More than 600 anglers were surveyed by Fish & Game officers as they returned to boat ramps, with their catch weighed and measured.

Fish & Game Officer Matt Osborne says the information gathered is helpful in building a picture of the lakes’ fishing health.

“We’re very grateful to all the anglers who patiently submitted their catch and answered our questions, in what is a crucial bit of data gathering for us in our management of the fishery.

“Getting quality information is in every angler’s best interests, as it better enables us to manage the fishery,” he adds.

“Many of the older fish caught had spawned over the winter period and were attempting to recover, so they weren’t not in the greatest shape. But some were in decent condition and had obviously been feeding well.”

Pounamu Anaru with his catch on Opening Day at Lake Tarawera.

Mr Osborne says all angling methods produced fish as they were spread throughout the water column at this time of year.

“Because they had fished for a longer period and the weather remained pretty good allowing them to stay out on the lake.”

At Okataina, two year-old rainbow trout measured were a little smaller and lighter compared to the 2017 opening. However, the largest fish was still a solid 2.8kg, Mr Osborne says.

Meanwhile, the popular Fish for Gold fishing competition is still running and offers anglers the chance to win big prizes if they catch a specially-tagged trout.

Mr Osborne says that Fish for Gold is “still anyone’s to win” with no orange tags turning up yet.

The competition still has days to run so there’s still time for the hundreds entered to win, he says.

Mr Osborne also paid tribute to the volunteers who turned out to help in the information gathering, along with regional council staff, Te Arawa Lakes Trust and local iwi who were undertaking pest weed and catfish advocacy.

Fish & Game has reminded anglers to check over their boats and trailers and remove all weed fragments before leaving ramps.

“Catfish are in Rotoiti and all lake users must be working together to prevent them and aquatic weeds spreading further.”

Posted in Fishing; Posted 21 months ago