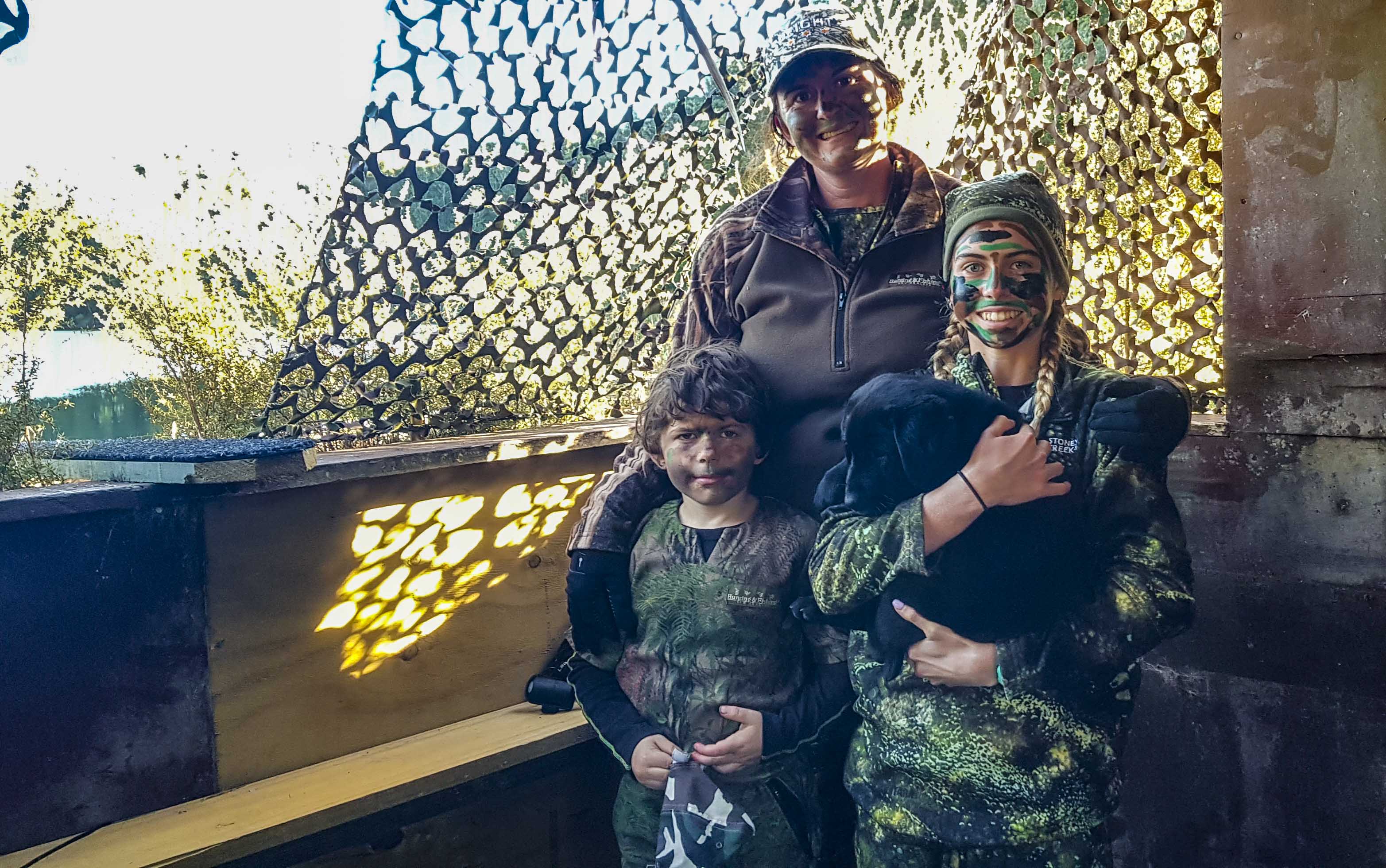 Another fine opening over most of the Eastern Region made hunting difficult.

Nevertheless, it appears that some areas shot OK.

We had predicted a tough mallard season as we had had a fairly average breeding season.

Above Right: Opening weekend is a real family affair for the Olsens.

We have now been trapping and banding mallard and grey duck for 25 years.

In that time, we have banded over 31,000 ducks and the average ratio of juveniles to adults in the trap sample has been 2.0.

A fine opening morning made hunting a challenge.

This year we only got 1.2 juveniles to adults and in fact, the last three years have been 1.2 or lower, so not good for the duck shooter.

On top of that, the population of adult hens has been low.

Some of you will have been rung as part of the hunter survey.

The results of the survey are not in yet (we still need to get the results of those hunters that purchased a licence from another region but shot in this region), but it appears Eastern hunters may have got on average about the same as last year and slightly more than 2019?

Report your bands (https://fishandgame.org.nz/game-bird-hunting-in-new-zealand/banding-form/) this year and you will also be in to win.

Report a bird banded by Eastern Fish and Game and you could also win a free game bird licence.

Although mallard hunting has been hard there has been some exciting upland game hunting.

Those hunters that we have spoken to report a good start to the season with plenty of birds around.

Note you now need to apply online (http://www.permit.firstsecurity.co.nz/Pages/ForestryPermit.aspx) for your permit to hunt Timberlands forest.

Fish and Game have also negotiated access to other forests refer to your 2021 Fish & Game Magazine (Eastern Pages) for details.