Eastern Both Barrels May 2017 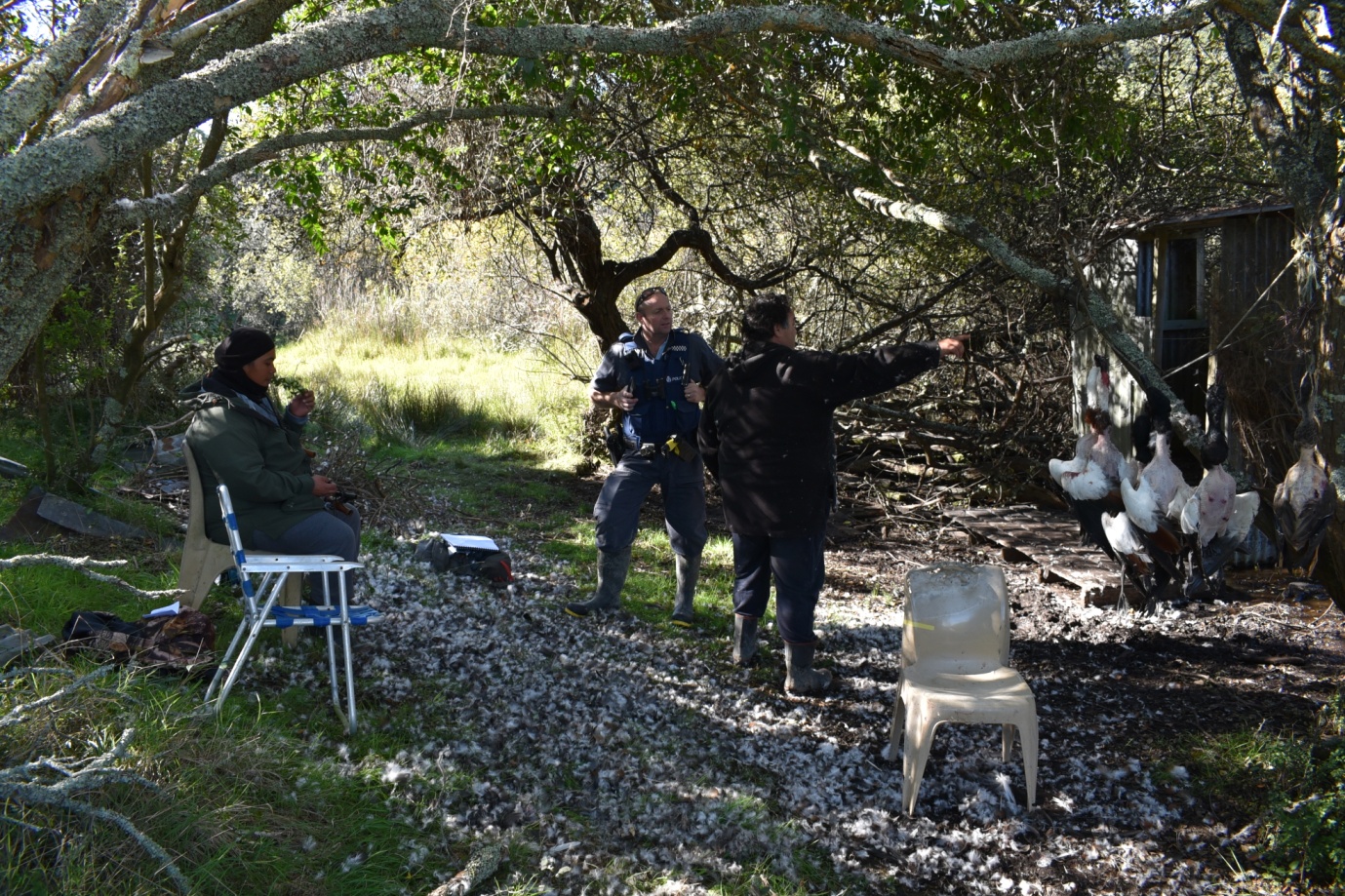 Mixed results for the beginning of the Eastern Game bird season

Black with ducks is how some hunters described their opening day, "Got their limit by 7.30am".

The season has been very successful for some parts of the Eastern Region but overall the opening weekend harvest was fairly average.

This could, in part, be explained by the fine calm conditions as many hunters said they did not hunt the Sunday but went fishing - it was glass calm out at sea.

Only three other years in the last 24 years have recorded lower hours for the opening weekend.

Mallard and grey shot per hour hunted were slightly up on last year but not by as much as we had anticipated.

The amount of water lying around won't have helped either.

Large tracts of farmland were still under water and many hectares of maize were flooded and un-harvested.

These areas had attracted large numbers of ducks so those hunters that had access to these areas will have done well.

Police accompanied Fish and Game staff over opening weekend to check firearms licences and to ensure hunters were not drinking.

Overall compliance was great, with only a couple of minor issues.

Some hunters had not got the message the shotguns were now limited to three shells in total (two in the magazine and one in the breach).

But we were pleasantly surprised as to how many hunters were compliant.

Just a quick note to remind hunters that the Reporoa Area closes this Queens Birthday weekend (Monday 5 June) as does the season for shoveler duck.

A juvenile mallard banded just south of Gisborne in January this year was recovered near Paeroa about 250km  away.

This is about 1/4 the distance travelled of some of the longest recoveries we have had to date but nothing compared with the a couple of ducks recovered from New Caledonia after being banded in the Waikato.

Keep the bands coming in you will go into a draw for one of 5 Matuku hunting jackets supplied by Hunting and Fishing New Zealand of a free 2018 game bird licence.

You can enter you band online here:

For those of you that didn't get the pre-season eastern region newsletter you can download a copy from here: