Don't pack up - there's weeks of game bird hunting ahead 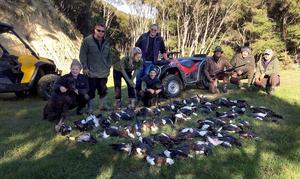 The hunters we’ve spoken to have described the season as anything from “pretty average” to “one of the best ever” in some spots.

In the Western Bay of Plenty for example, the Kaituna Wildlife Reserve shot particularly well along with the Little Waihi area. Other areas where birds were moving between the Thames-Hauraki district and the Bay of Plenty also produced good results.

Bags aside, almost everyone reported the birds harvested were in great condition.

Another positive has been the high level of compliance we’ve encountered with the three-shot magazine rule that come into force at the start of the season. Most hunters seem aware of the new restriction in Eastern (and a number of other regions). We did encounter a few hunters breaking the lead shot rule.

There’s no good reason to pack your shotgun away with the game bird hunting season really only half over. The mallard season closed on June 18, so it’s timely to refocus on pooks and pheasants. 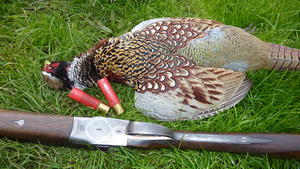 Both can be targeted in the Eastern Region up until August 27, along with black swans.

So why not help some farmers reduce their pesky pukeko flocks? Just don’t forget to ask permission to enter their land.

There’s still a small window left open to target a few parries – especially North of Tolaga Bay up from Gisborne where can hunt them to July 16  (in part of B1 – check the regs!).

You have to be quick in the A1 and A2 areas which close to paradise shelduck on July 2 (again, please check our regulations online or in the booklet for the exact area).

Please remember to send in your band details, if you haven’t already.  The results in so far have thrown up some fascinating stats on just how far mallards travel – even between islands.

This season we’ve already found a duck that travelled nearly 900 kilometres from Gisborne where it was banded, to Waimate in the South Island. Another bird banded in Hawke’s Bay was recovered near Dargaville. Another mallard banded in Gisborne turned up well down country in Bulls.

You may remember that we reported back in 2015 that we’d found a wily old mallard that was 16 years old, which had been banded in Gisborne.