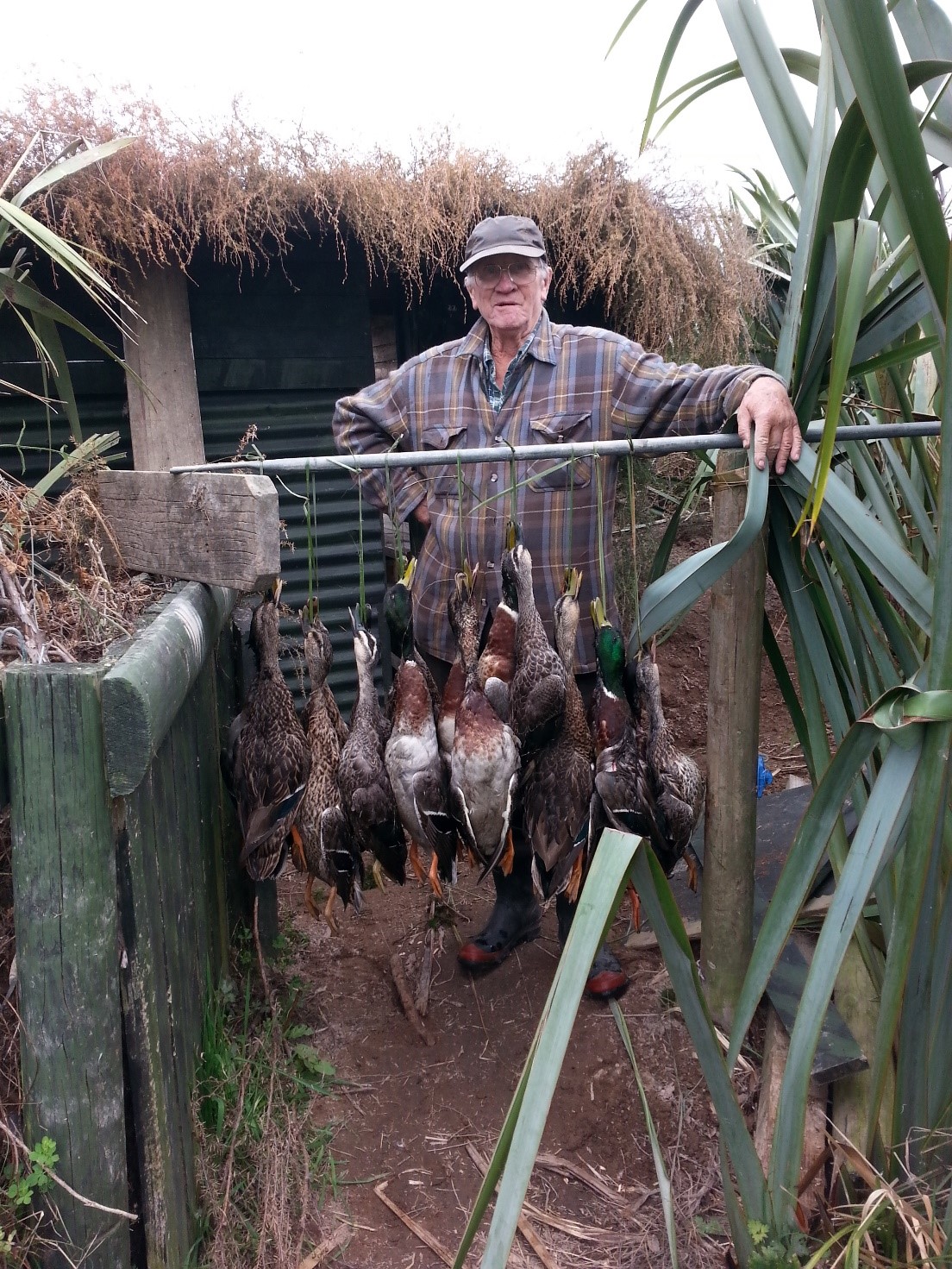 Hunters are no exception, we all die,  but here’s the thing, when hunters die, they leave a hunting buddy behind and family/friends is often what duck hunting is all about.

Having that mate there to witness the poor shooting and the occasional fluky shot.

To laugh at you when the pond turns out to be deeper than you thought.

To give you shit about your calling.

Someone to share that bacon and egg pie or to pour you another coffee.

To get you out of bed on those freezing dark mornings so you are early enough to pick up those first light mallards that come right into your mai mai.

So, what happens when they go?  It’s tough.

There are no easy solutions, perhaps no solutions, but I guess we just get on with it.

The last thing they would want is for us to throw in the towel.

You know that they would just love to be still with you to see the sun coming up over the cabbage trees and hear the whistle of the ducks wings overhead.

This old bastard died the other day, bit of an institution, very successful duck hunter, and great shot.

Thing is, he reckoned I couldn’t call for shit either.

Time to get those traps dusted off and placed around your wetland.

Predator numbers are low over winter and if you can stay on top of them you could make a real difference to your duck season next year.

Research in the Waikato and Southland points to duckling survival as the critical bottle neck in the mallard populations.

In that study duckling survival only needed to be increased by 14% to increase the overall population.

So if you don’t do anything else target the wild cats and mustelids (stoats and ferrets).

Remember they use tracks and fence lines (habitat edge) to track along so set your traps there.