Time's running out to go after upland game birds

Hunters – it's your last chance to squeeze in some hunting of upland game birds before the close of the season on August 26 - don't let the opportunity pass you by.

You can also hunt pooks to this date with a limit of 10 birds; that's a healthy bag and lots of challenging hunting to take advantage of. Parries are now off limits - the season closed on July 15.

Josh...success near the end of the parrie season.

Black swan can only be hunted up until August 26 in Area 2 - check page 31 of your Game Bird Hunting Guide for the boundaries.

Early results in indicate the mallard season which finished on June 17 was the best for eight years.

We’ll have more details in the next Both Barrels when we’ve finished crunching some numbers.

Meanwhile, aerial counts carried out across the region before the May start of the game bird season showed bird numbers well up in the Bay of Plenty. 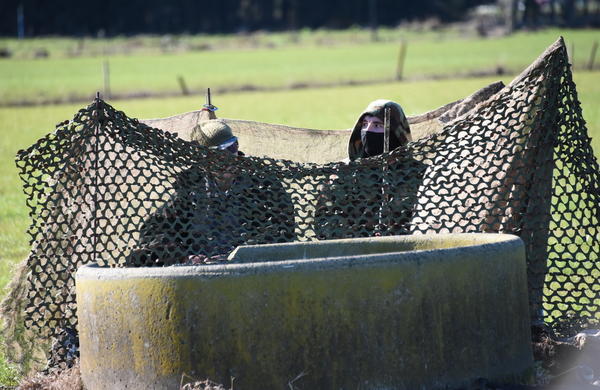 Stakeout at Kaituna in the Eastern Bay of Plenty.

The counts are made from a light plane that follows a set course, or transect.

Senior Fish & Game Officer Matt McDougall says that data is still being analysed but bird numbers have "increased significantly" since the flights were begun in 2014.

Reporoa numbers also rose, several hundred per cent in fact, but Matt points out from a very low base compared with the Bay of Plenty.

Send in your band info to win!

Now's the time to send in your band details.

There are five chances to win and each prize pack - a Banded White River duck hunting jacket, plus a six-pack of Avery GHG Fully Flocked Floating Mallard Decoys - is worth nearly $600.

Let's band together - the banding programme helps Fish & Game determine productivity, population sizes, movement, and not least, survival rates for both adults and juveniles of both sexes.