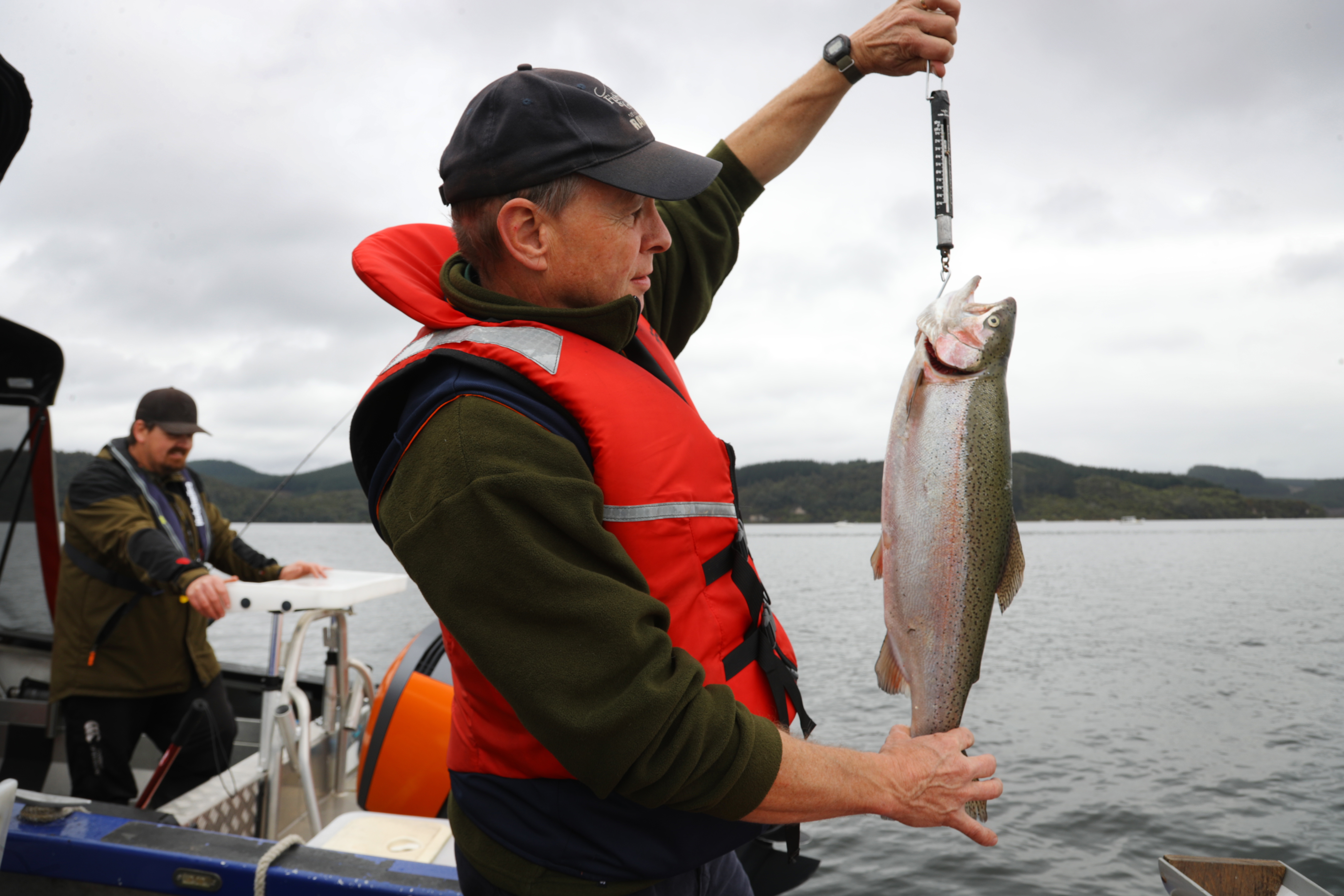 Fish & Game staff spoke to around 650 anglers fishing the Rotorua lakes on the opening day of the trout fishing season (1 October 2020).

Anglers were very happy to be out enjoying their return to fishing the lakes following the 3 month no-boat-fishing break.

The weather played ball with low winds over the first week providing a stark contrast to the lead up period that consisted of gale force winds. 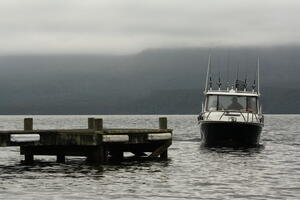 Anecdotally, staff and spectators thought the number of boats across the lakes overall was increased from the last few opening events.

Lake Rotoiti was the place to be for top quality fish.

Trout measured were larger and fatter than recent years (at the opening) and the catch rate appeared to be up.

This made for lots of happy licence holders. 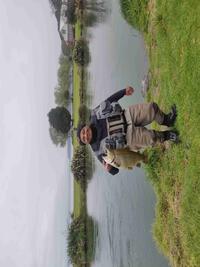 Lake Okataina produced similar returns to anglers and size of catch to recent openings and produced a harvest rate of two fish per angler for the day.

On Lake Tarawera, anglers found the fishing a little slow compared to most openings.

The measured harvest rate was one fish per angler.

The average size of fish was also down compared to the 2019 opening.

The two-year-old spring liberated fish (September and October 2019 releases) in particular, showed the results of poor growth conditions from the lake being approximately 20 mm smaller and 200g lighter than their 2019 counterparts.

Fish from the summer and autumn 2019 liberations fared better, so a downturn in lake productivity appears to have happened following the 2019 winter period.

At the Ohau Channel, a low water level and gin clear conditions worked against the anglers.

Some solid fish were landed early in the day, but once the sun woke up – things quietened down.

The true right bank off Takinga Street at the entrance to the channel produced the best action on the morning. A great 4.6kg (10lb) brown was landed from there.