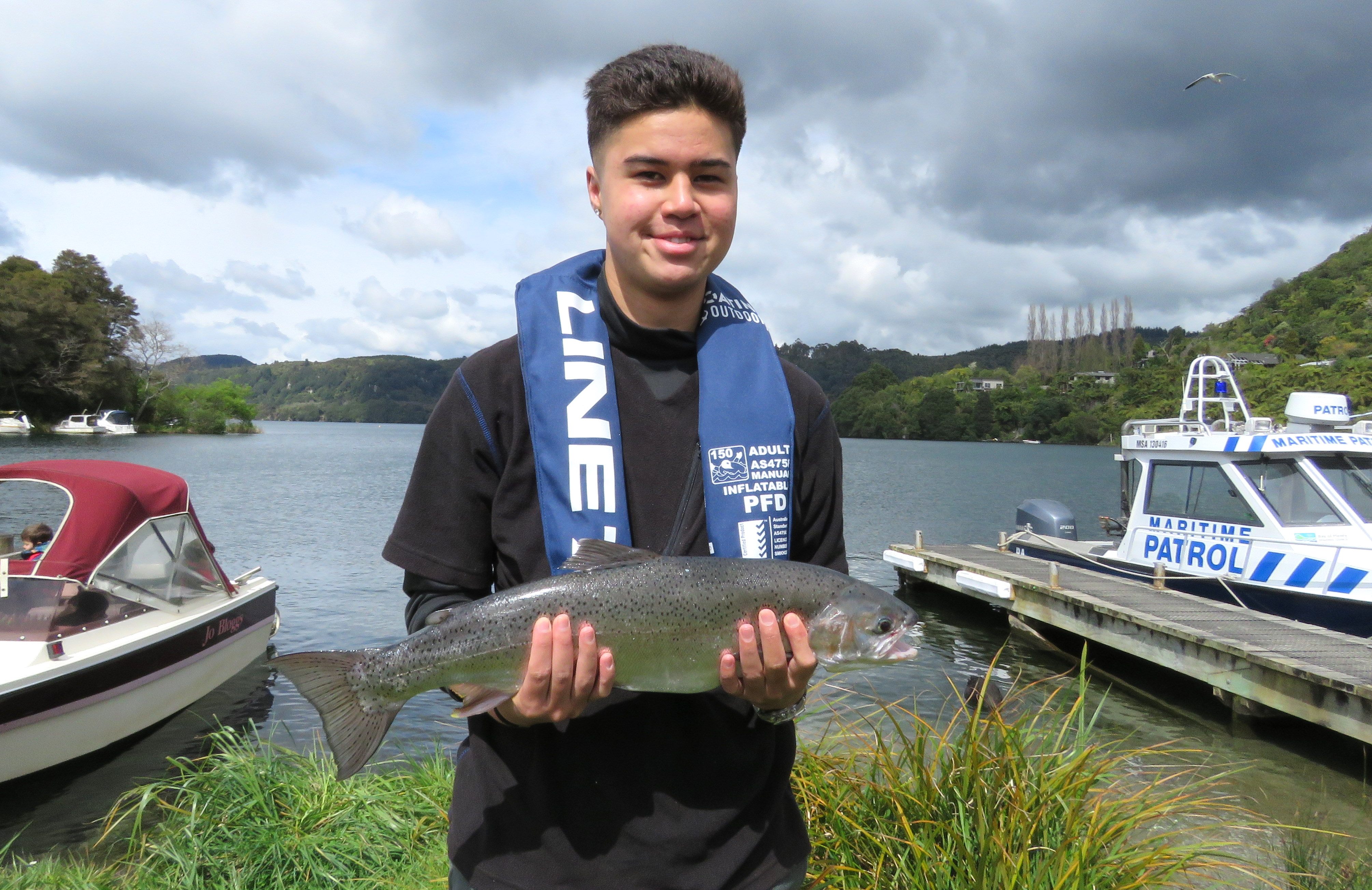 The grand opening on October 1 at lakes Rotoiti, Okataina and Tarawera went off with the usual fanfare.

Hundreds of boats descended on the region and the weather came to the party this year resulting generally in good catches and happy fishers.

Tarawera’s two year-old fish showed an improvement on last season; they were slightly longer and 100g heavier on average.

The harvest was up but some anglers reported slow periods during the day.

Rotoiti produced the best condition two year-olds of the three big lakes coming in at just under 500mm and 1.53kg, with the heaviest fish at 3kg.

Okataina’s fish bucked the trend by being slightly smaller than previous openings but angler harvest was up.

Fish and Game interviewed 628 anglers in total for the day and weighed and measured 693 fish. 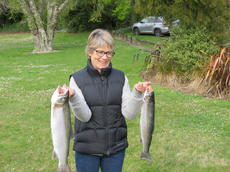 Lake Tarawera local Libby Flectcher with a couple of rainbows for the smoker.

Unlike last opening, a period of warm settled weather has back country streams running clear and in pristine condition, and reports of good fishing have been filtering in from throughout the Eastern Fish & Game region.