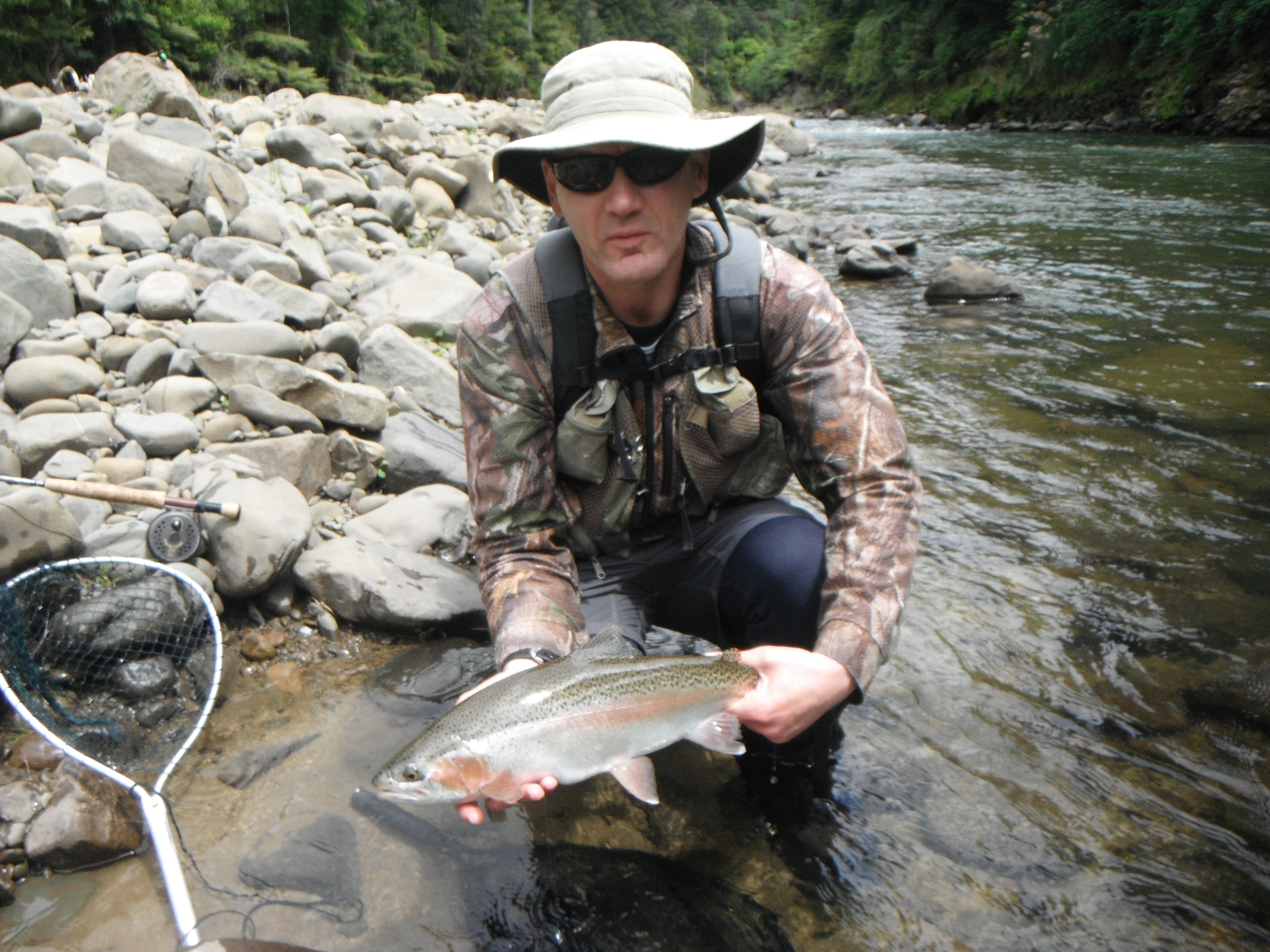 Back country river ‘turns it on’

The Ruakituri River that rises in Te Urewera National Park has been living up to its reputation for some world class fishing.

Reports have been coming in of some good-sized fish being caught in healthy numbers.

The Waioeka River in the Bay of Plenty has also been fishing well, both rivers on form in spite of earlier flooding.

Fish & Game staff say the catches from the iconic rivers are heartening after the rivers have run so high.

There are also positive signs in advance of the re-opening of Rotorua’s Ngongotaha Stream.

As this was written, Fish & Game staff had hauled 16 fish out of the Ngongotaha trap from overnight, mainly rainbows but including three browns of around 3kg each.

Fish & Game Officer Matt Osborne says that's two to three weeks early for the big browns to be showing up, and bodes well for the December 1 opening of this popular tributary, along with the Waiteti and Utuhina.

You don’t need to wait that long however, he says, urging anglers to have a flick in the lower reaches which are open now, or at the stream mouths (be sure to check the rules & regs on where you can fish!).

The Ohau Channel has been sluggish since the October 1 opening in the absence of smelt or juvenile bully runs. Anglers are advised to keep an eye out for shag or gull activity that will indicate the presence of these bait fish.

Anglers are advised to keep an eye out for shag or gull activity that will indicate the presence of these bait fish. 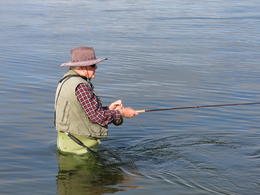 Rotorua lakes should fish better in coming weeks as their waters begin to heat, and fish gather into a narrower feeding band – when jigging comes into its own.

At time of writing Fish & Game officers are completing the last of the spring releases into Rotorua lakes. A final 7000-odd yearlings are being liberated in addition to the 45,000 already released.

Right: Yearlings' fins are clipped to mark the year of their release.

The final fish out for 2017 will be held on Sunday November 5 – books are essential. For bookings and information, click here.

The weather can only improve from now so tight lines to all.