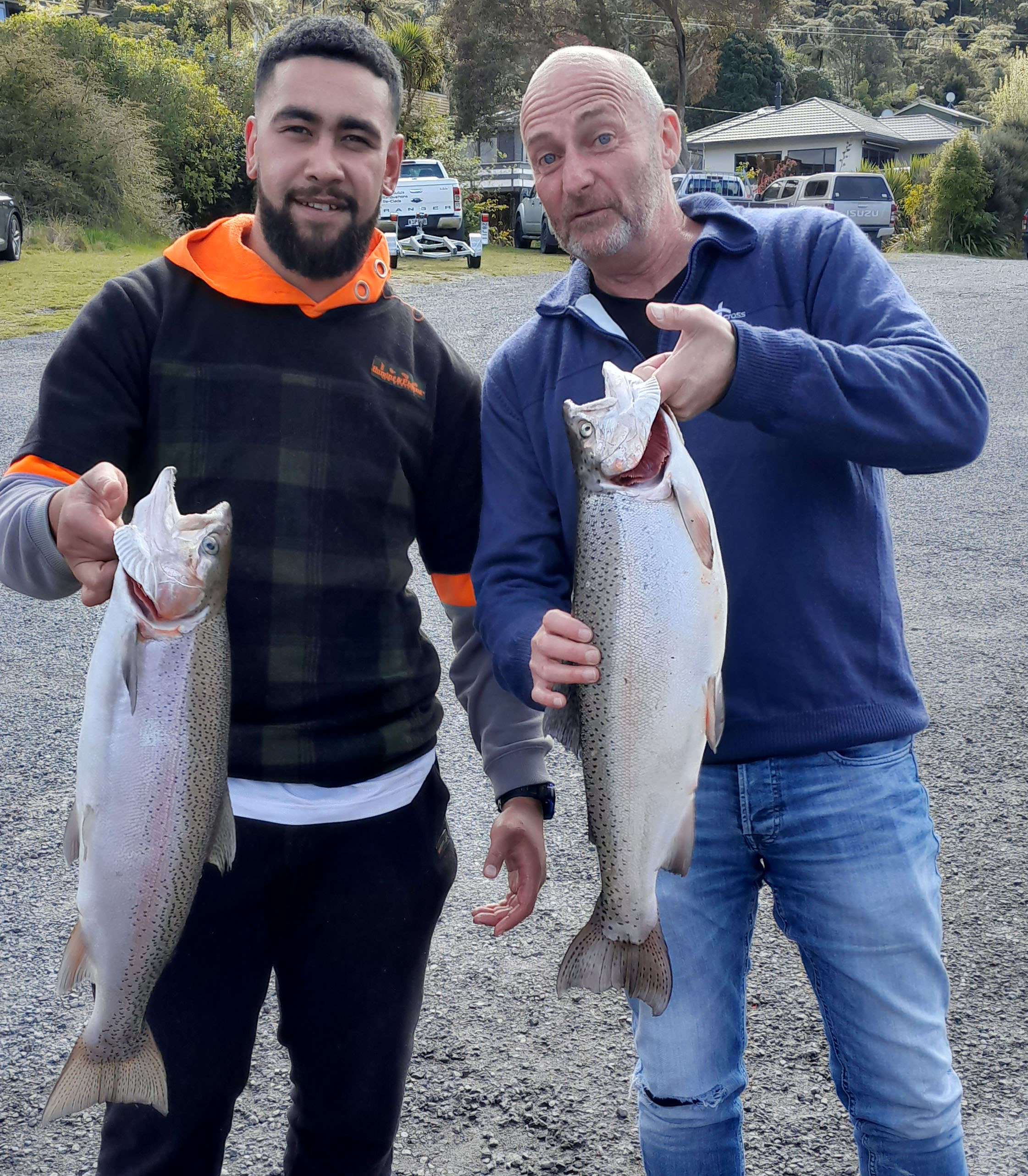 Opening day 2021 was, yet again, a fantastic time on lakes Rotoiti, Tarawera and Okataina, with the weather playing a role in making it one to remember.

Lake Rotoiti's fish didn't disappoint, with the lake producing the heaviest fish of the day (as weighed and measured by Fish & Game), a 3.50kg rainbow measuring 670mm.

This fish was Lp (left pelvic) fin marked, making it a three-year-old hatchery release – reinforcing the lake's reputation as one of the best producers of rainbow trout in the North Island.

Both release groups were smaller than the 2020 opening; however, the 2020 fish were exceptional.

Anglers reported a lot of fish showing on the fish finders at 7m depth, making trolling an effective method on the day.

Four or five colours of lead line or a downrigger set to that depth would be an ideal way to target these fish.

Jigging, spinning, and using soft plastics all have their following but don't necessarily produce good catches at this time of year.

As spring weather draws on and the heat of summer closes in, expect the fishing to become more predictable.

Fish will descend to depth, chasing their food and preferred water temperatures.

Remember to keep mixing it up! Try something for a while, perhaps just 30 minutes, and if it doesn't produce results, make a change – a new lure, location, or another method.

Entries go into the draw to win one of 20 free whole season fishing licences.
https://www.surveymonkey.com/r/QCH5ZR6

Fill in your fishing diaries here to help us manage the Eastern Fish & Game region. Participants go in the draw to win a $100 voucher from Kilwell: