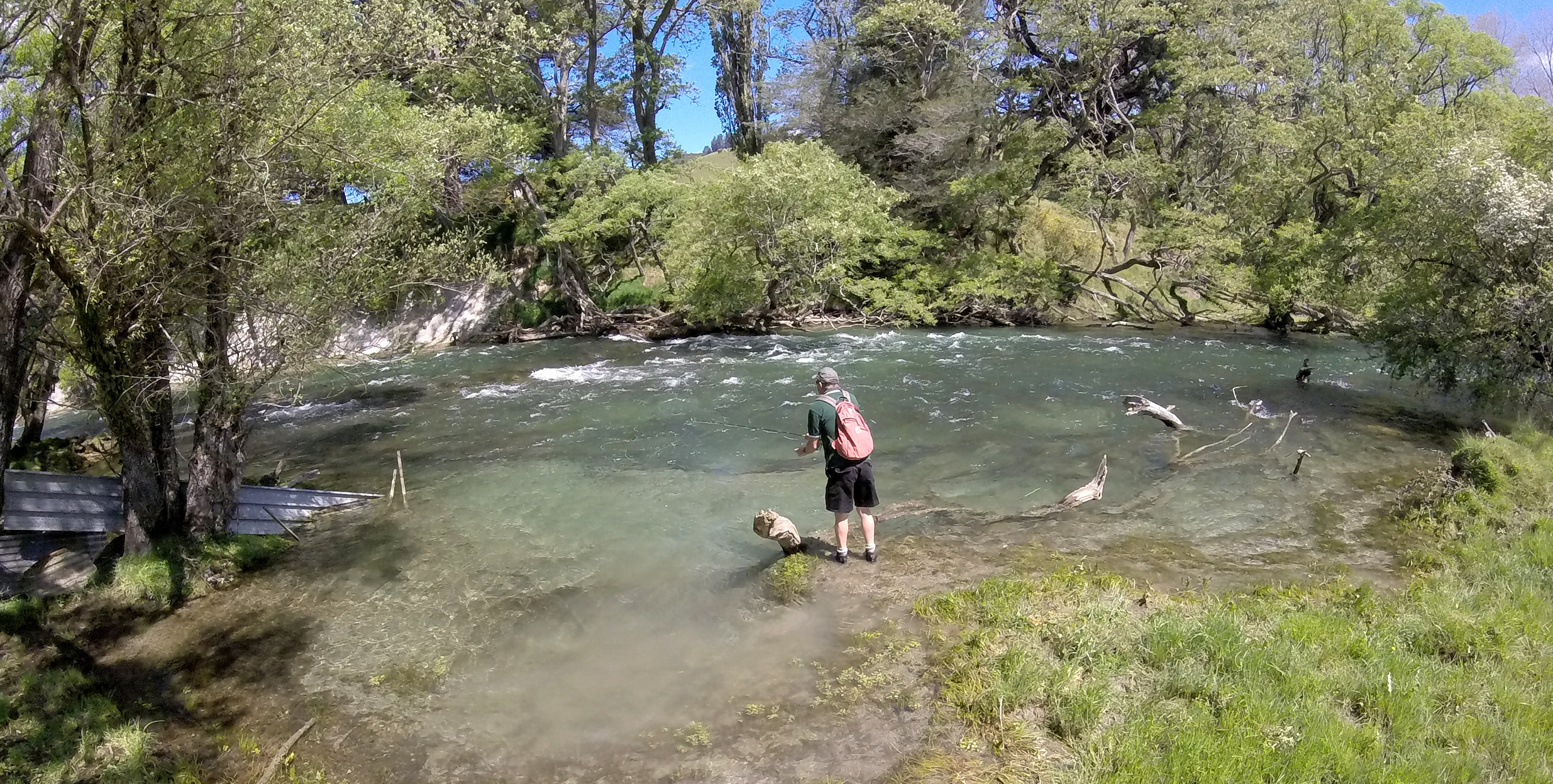 For many, the beginning of December defines the start of summer, and for keen trout fishers its a time when early season trips are made.

After a long period of wet weather, rivers are finally running at more normal levels, and with clarity and temperatures rising, insect and fish activity is on the rise.

Summer action on an Eastern stream.

In case you were wondering, except for June, every month between February and September 2017 received higher than average monthly rainfall in the Eastern Fish & Game Region!

The opening of some exciting upper catchments signals the start of summer locally: the Utuhina stream above Devon Street bridge (but downstream on Pukehangi Rd bridge); the Waiteti Stream upstream of Hamurana Road; the Ngongotaha above SH5; and the Mokau and upper Hopuruahine streams at Waikaremoana.

They all open on December 1 and should provide great sport. In fact, recent survey trapping on the Ngongotaha has shown solid numbers of rainbow and brown trout running the stream, with the rainbows in good condition.

The Rotorua lakes surface temperatures recently hit 17 C with good temps for trout down to at least 10m.

When spring winds ease a raft of methods will be available to fishers keen to catch a healthy rainbow.

Shallow trolling methods like harling a fly early in the morning, or fly or spin fishing a shallow drop-off with smelt patterns, are great ways to begin searching for a hungry trout.

Get the best bang for your buck

If you haven’t yet got your licence, grab it online here the easy way – a few quick clicks and you’re “Licenced to Thrill” for another entire year.

Don’t get caught out by buying one of the lesser licences and find out the hard way that you’re very restricted in the angling you can do.

The Whole Season Licence is by far the best category offering the most flexibility and unrestricted freshwater fishing available. You can fish for the entire year – that’s 365 days – for a staggeringly low cost of just 35c/day.