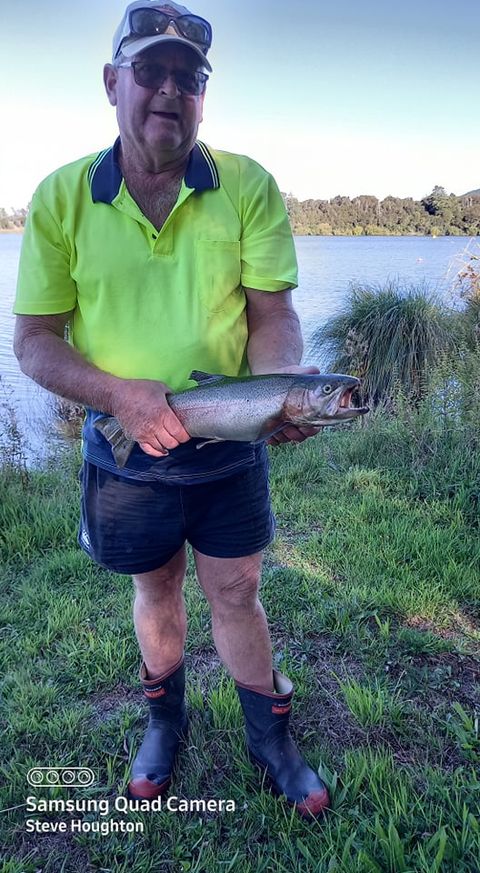 Autumn seasonal change has brought about the need for anglers to adjust tactics to remain successful.

The long extended period of warmth interspersed by only occasional rain has resulted in low rivers and lakes with testing surface temperatures.

Most Bay of Plenty rivers are currently very low.

This is a great site to visit when you are planning a trip.

Despite the cooler conditions summer angling isn’t over just yet.

You’ll still get the opportunity to sling dry flies and nymphs to hungry back country trout, but as the days become shorter and nighttime temperatures cool, adult trout will be driven by the instinct to spawn, and so commence a gradual upstream migration.

Lake Rotorua’s summer stream mouth fishing has finally slowed and the lake’s surface temperature has eased back to 20 degrees.

The summer saw a predictable but spectacular patch of angling with superb catch rate and some hefty brown trout being landed especially at the Ngongotaha mouth.

Small dark nymphs on fine tippets were the best pick at the Awahou and Hamurana and a combination of dead-drift smelt flies and nymphs worked well at the Waiteti.

Steve Houghton pictured above, gave us a hand fin marking some fish for a Tarawera release, then popped into Okaro for a quick spin fish on the way home and caught this three and a half pound rainbow.

Boat fishing on the lakes has at times been inconsistent however we are constantly reminded that anglers who apply all their knowledge and keep making changes until they find the right ‘recipe’ will be successful.

We interviewed several boats on Tarawera recently, some of them had found success by trying a method, depth, location and lure for a while, and making a change if that didn’t produce fish.

Others that were ‘parked’ at a particular location refused to move because “I caught a couple here last month”.

I suggest you try something for about half an hour, no more, then make a small change, any change, if that hasn’t resulted in a hook-up.

As winter creeps slowly nearer all eyes are on the regions big lakes, Okataina, Tarawera and Rotoiti. 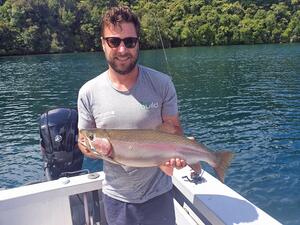 Tim Fahey’s wild 3.5kg rainbow from Tarawera caught in March (shown left) has us all hoping the lake will produce a little of the magic it’s known for this winter.

Either way, this is the season to catch prime conditioned rainbow trout suitable for the table as they pack on condition before spawning.

Datawatch tagged trout can now be entered online. Entries go into the draw to win one of 20 free whole season fishing licences.
https://www.surveymonkey.com/r/QCH5ZR6

Fill in your fishing diaries here to help us manage the Eastern Fish & Game region.

Participants go in the draw to win a $100 voucher from Kilwell: