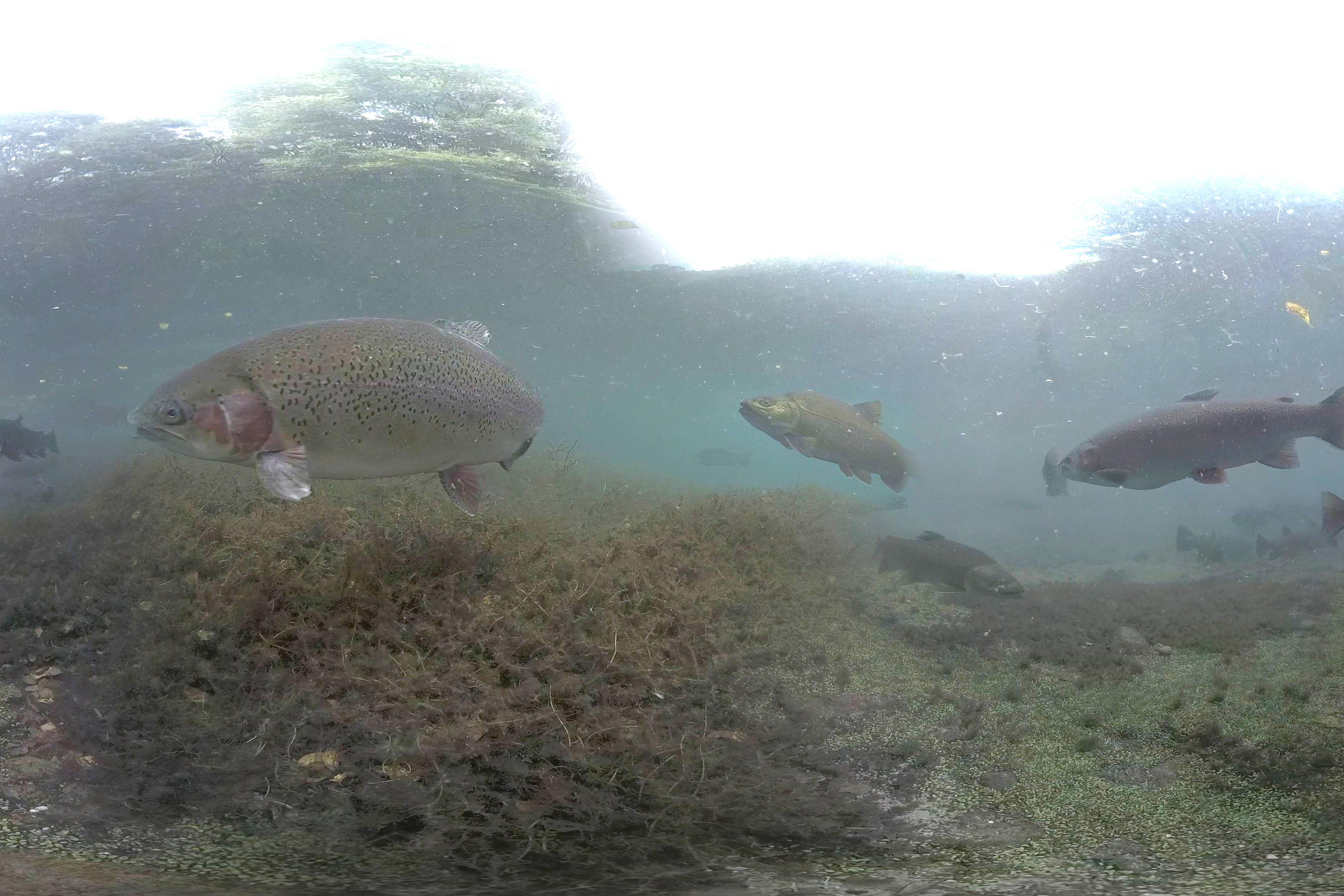 It's all on - autumn fishing

Autumn's in the air here in the central North Island and there are lots of trout fishing opportunities for anglers to make the most of.

Right: Cruisin...Fish in our hatchery display pond snapped by a camera crew from  http://www.boxfish-research.com

Firstly, lake fish are in prime condition at this time of the season as they build toward spawning.

If you're looking for a fish for the table there's no better time to do it as trout pack on reserves of fat for the winter.

Autumn is probably your best opportunity to catch a really big fish too, as once spawning is complete trout lose condition and a lot of weight – so get to it!

The thermocline on most local lakes is shallowing with surface temperatures beginning to cool overnight.

Expect fish about the 15m deep mark during the day and at the surface hunting smelt in the morning.

As the season progresses trout will spend longer smelting over the shallow weed beds and sandy bays, and this is a good time to try  methods such as spinning or fly fishing from a drifting boat.

Reports from Lake Tarawera have been mixed over the summer with anglers saying the fish condition factors were poorer than hoped. 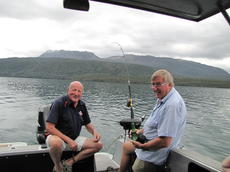 But recent reports seem to have picked up and we're receiving feedback now of trout looking much plumper!

Lake Rotorua continues to consistently produce a high catch rate at the stream mouths and fish here look in good nick too.

Expect trout to be less congregated at the cold water inflows as the lake cools during autumn but mature browns will be returning from April onward.

Just to clarify,  here are the rules on use of soft bait lures in the Eastern Fish & Game Region.

Soft bait lures are allowed but if they're scented in any way or have chemical attractant properties, wet or dry, then they're classified as a ‘bait’ - so they can only be used in waters where bait fishing is allowed (not the Rotorua lakes).

We have recently been made aware of lures which aren't packed in a liquid scent solution but clearly have an attractant added, so these lures are classified as ‘bait'.

Late season hatches of mayfly aren’t unusual at this time of year especially in the changing light just prior to a rain storm.

A nymph suspended below a dry fly, commonly known as a ‘dropper’ is a great rig under these circumstances.

It allows you to represent both the emerging nymph and the adult fly, and the dry fly doubles as a very effective indicator.

During summer, and in the back country, a cicada and stonefly is a top combination, whereas during a mayfly hatch you might try a pheasant tail and a twilight beauty-type combo.

Droppers can be rigged in a variety of ways as shown below. 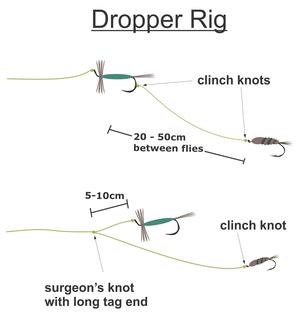 One useful thing to consider is the length of your tippet determines how deep your nymph will swim – deeper (longer) in summer, shallower (shorter) during a hatch.

Either way, droppers can be a deadly way to catch trout on streams and rivers – and on lakes too, but that’s another story…