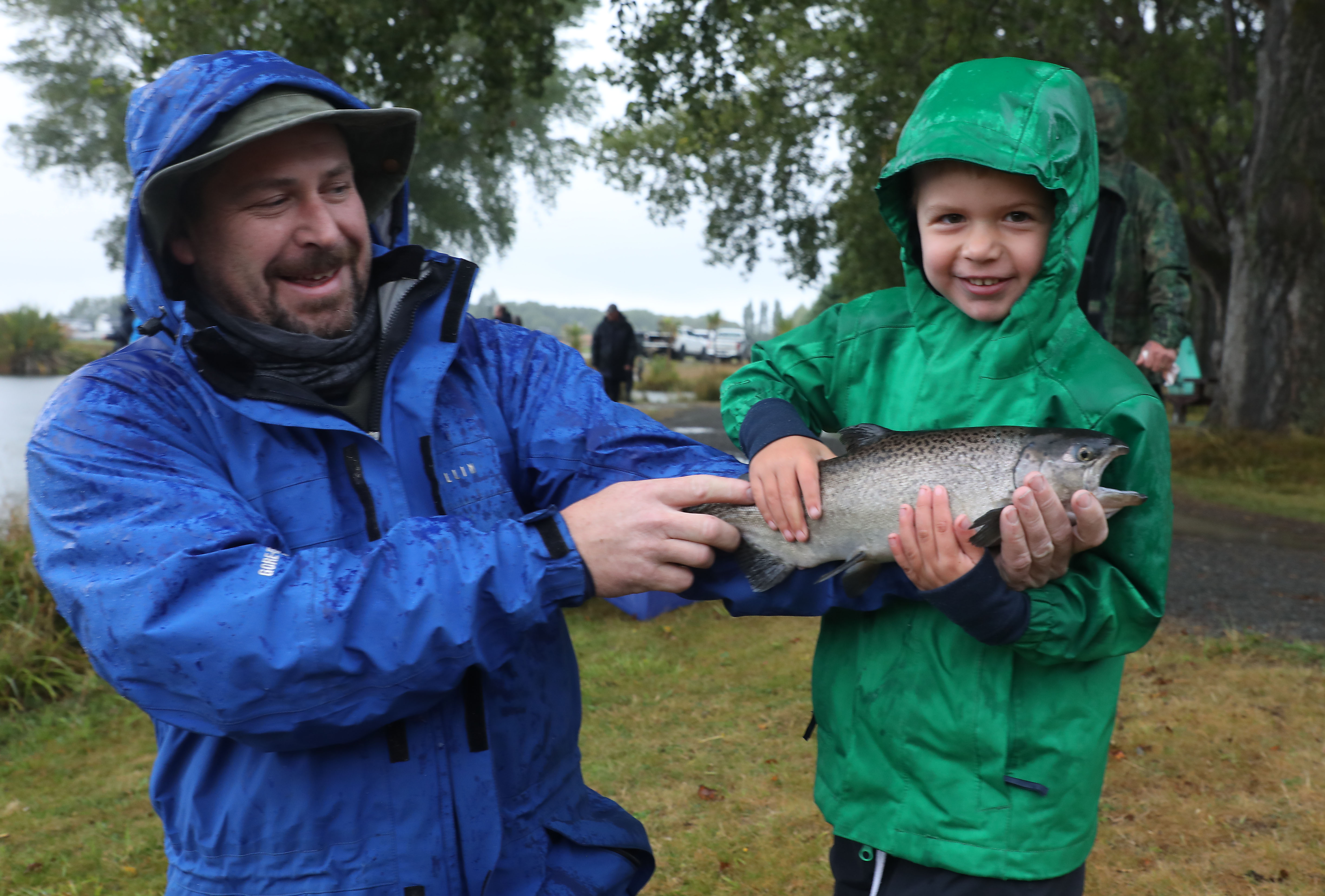 For spin anglers, getting out deeper in the lakes and focussing fishing efforts at first and last light will bring the best results.

Around 400 young anglers braved the rain and cold to enjoy themselves at the Groynes Junior Fishing Lakes in early March.

Above: Jacob Cowan, 4, with his salmon caught with some help from dad Andy.