The Hooked on Fun Youth initiative was created as an extension to the successful Fish in Schools programme that had been running in North Canterbury for ten years. Fish in Schools (FIS) involves schools raising salmon from ova to smolt in purpose-built fish tanks in classrooms.

The youth programme is organised into five pillars that build on the FIS. These are:-

North Canterbury trialled a pilot Youth Programme in 2013 thanks to sponsorship from Future Rivers, a cause marketing entity who used the programme to promote the funding of their agency to other businesses. The trials proved successful in introducing school age participants and their families to the joys of angling, drawing new members into the pastime. This should lead to increased licence sales in the future.

Fish & Game is excited about taking this programme nationwide. There is potential in all regions in New Zealand to introduce children to the magic of freshwater fishing through Fish in Schools and the youth programme.

Based on a Canadian model, North Canterbury Fish & Game has been running the successful ‘Fish in Schools’ programme in a number of local primary and secondary schools for more than a decade.

The aim is to give young people the opportunity to raise salmon from the egg stage to fingerlings in the school environment. The salmon eggs are supplied from the North Canterbury hatchery and raised by pupils in specially constructed tanks in the classroom, with the support of volunteers and teachers.

Pupils carry out ongoing monitoring and related curriculum-oriented tasks. This provides hands-on practice of skills in maths, science and environmental studies in particular. It also gives them the opportunity to  apply these skills in a real context in the outdoor environment.

Once the fish have grown to fingerlings they are released into local waterways. 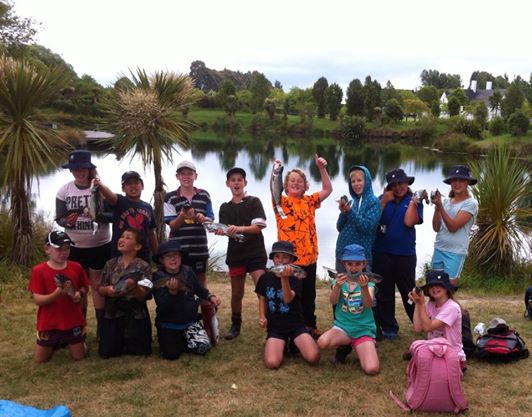 Nine schools out of the 19 participating in ‘Fish in Schools’ in 2013 took part in the pilot trial, to extend the programme beyond the classroom, and introduce the children to local fishing opportunities. A range of class levels from Year 2 to Year 10 were asked for expressions of interest. Teachers were approached and those showing enthusiasm for making the pilot part of their classroom programme, were selected to take part. They chose what aspects of the curriculum they wished to emphasise. 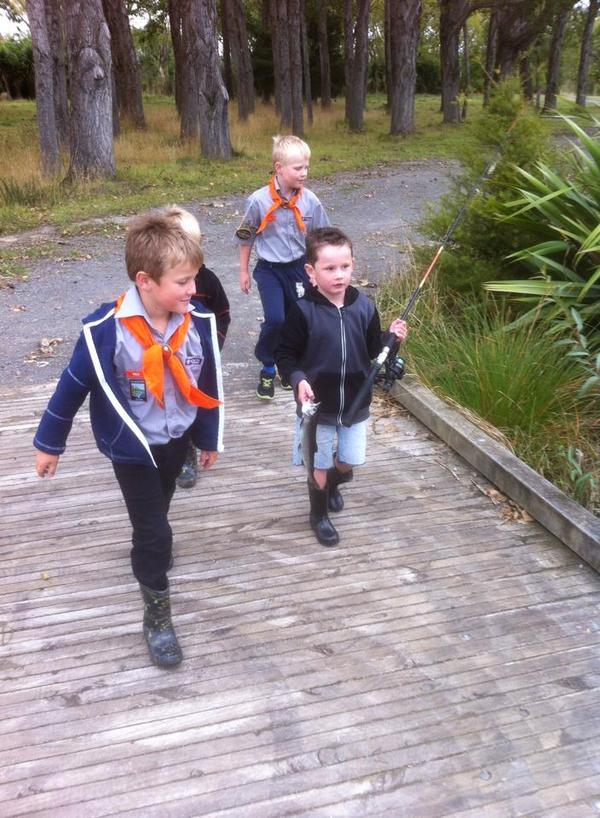 A skills component was planned and implemented with loan rods, tackle, knot-tying and casting practice.

From October to December fishing days at The Groynes junior fishing ponds were held to coincide with regular releases of trout and salmon from the Fish & Game hatchery at Peacock Springs.

Feedback on the programme has been very positive with a number of new schools wanting to become involved.

The goal now is to develop the programme further and introduce it to the other Fish and Game regions.

Kids learn from kids. North Canterbury Fish & Game have enlisted the assistance of young Canterbury anglers, from 6 to 16 years-old, to assist with mentoring aspiring anglers. This initiative benefits both the new angler in picking up techniques and the mentors in developing their leadership skills.

Through this programme Fish & Game have developed a relationship with the popular children’s television show Sticky TV. Once a month, on their Saturday morning show they run a two part ‘Hooked on Fishing’ segment.