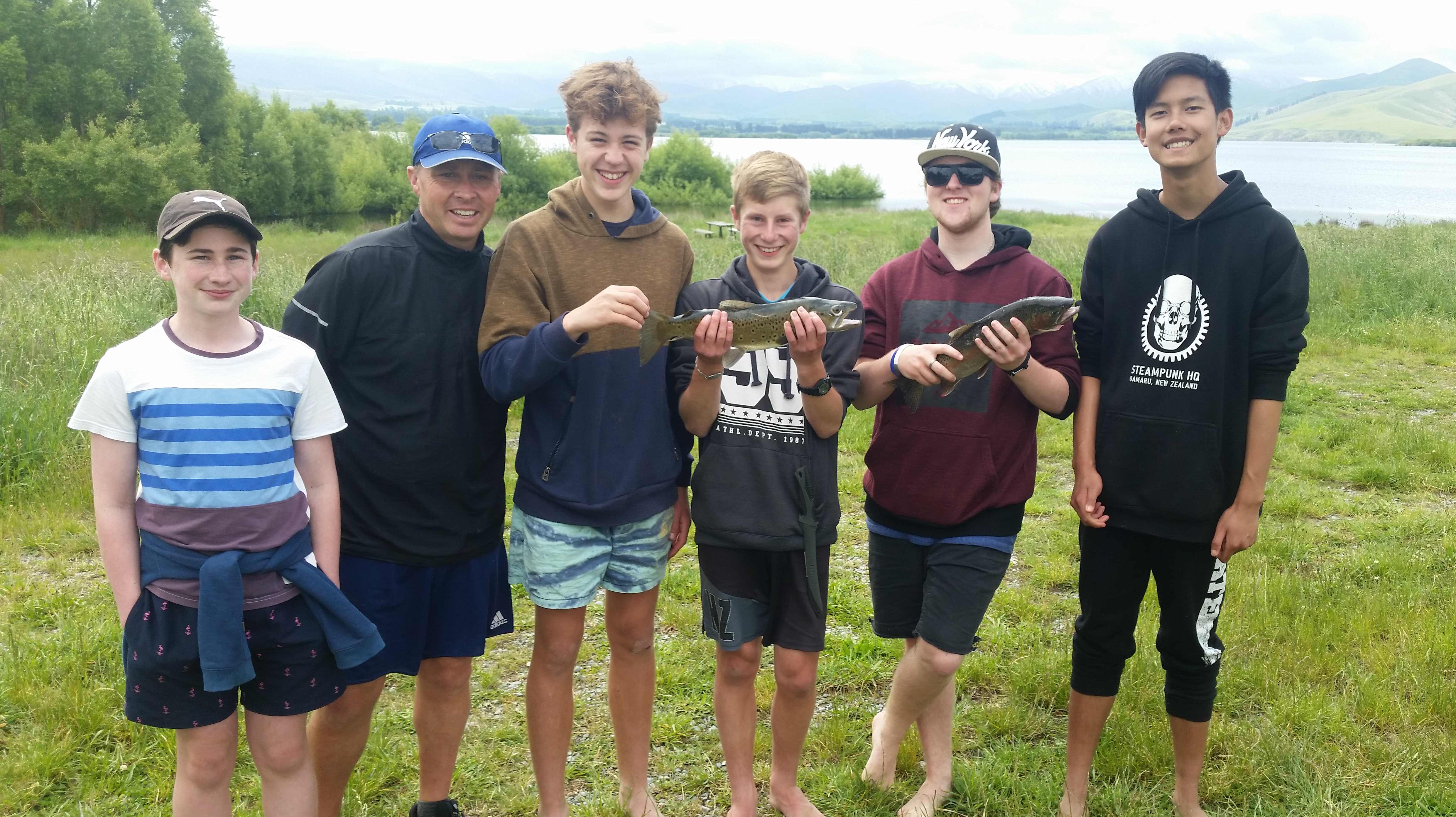 The region is still saturated, and some patchy rain is forecast for the weekend. Like last week, if you’re planning to fish a river or stream this weekend many of them will be hard to negotiate or simply unfishable due to high flows.

A few rivers should be fishable.

Many rivers went bank to bank in flood on either Sunday night or Monday morning.

All the main eastern foothill catchments were affected by the rain, especially the Waihao and Pareora.

It safe to say the lower Opihi River and other waterways will remain discoloured for quite a long time.

My advice is head to a lake or the canals and be prepared for a shower of rain or two.

There doesn’t seem to be any major rain events forecast for our region this weekend however.

One example of a place to fish this weekend would be Lake Opuha.

I was there last Friday with Isa Creba and four of his class mates from Mountainview High School.

Isa had organised a “gone fishing” project and chosen Lake Opuha as the spot because the Opihi River was high and discoloured.

I was invited along to provide guidance, as apart from Isa, all the boys were first time trout anglers.

We focused on spin and bait fishing basics and a stealthy approach to the water so that the trout that cruise the shallows wouldn’t be spooked before the first cast.

Isa rigged up a basic running ball sinker rig and 60cm trace to a small hook with a worm bait.

That proved successful for Caleb and he landed his first ever rainbow trout.

Spin fishing provided no hook-ups but was great for casting practice.

Isa had tied up a fly just for the trip, it resembled a large damselfly larva.

We rigged this up on a spin rod, using a 60 cm trace below a bubble float.

The fly was semi-buoyant, so we crimped a very small split shot about 5 cm from the fly.

It was an overcast day and spotting conditions were tricky, but we fished from a high bank and could spot cruising browns that were hard up against the shoreline.

I worked as the spotter, eyes fixed on the trout, while Isa went ahead and set up casts to intercept the cruising browns swimming path.

Isa got two takes but only the second stuck, he landed a nice brown after a full team effort to get it to the net.

The take home message here is that Lake Opuha offers relaxed or active fishing options that cater for all skill levels in most weather conditions.

That is just from the shore too, there is some great boat fishing options as well. 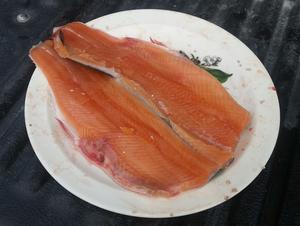 Sockeye salmon go by other names like kokanee, red or blueback salmon.

Although they are the same species, their common names are associated with differences in their life histories.

Although our salmon live out their lifecycle in freshwater, we commonly call them sockeye rather than kokanee.

This is largely because the original stocks that were brought out to NZ from Canada in 1901 were from sea-going sockeye stock and in some cases our salmon resemble sockeye or the lake living offspring of sea-going sockeye (residuals) more than kokanee.

So, I say lets just call them sockeye, that’s what we have always done.

If you want to call them kokanee then I don’t have an issue with that personally.

If you’re keen to see how the Americans and Canadians fish for sockeye and kokanee there are tons of informative videos on YouTube.

Keep in mind that there will be all sorts of rules and regulations that those anglers must abide by and they will be different from here in the Central South Island Fish & Game Region.

If you want to try a new set-up, first read through the 2018-2019 sports fishing regulation guide and check if it is legal.

If you need any clarification call our office (03 6158400) and run your regulation query past one of our four Fish & Game Officers.

Traditionally, NZ sockeye have a reputation for poor eating quality.

From what I gather this was for fish caught in “spawning mode”, all coloured up and had probably not eaten for some time.

It’s a different story for those caught in the lake outside of the spawning migration.

Jayde Couper hot smoked the one he caught while trolling Lake Benmore recently.

I got to try it, I was impressed, the flesh was a medium orange colour, much like a trout in reasonable condition.

Up until recently sockeye catches have been more incidental to trolling for trout in the lakes or associated with the spawning migration around river mouths.

The lack of sockeye catches in the lake is largely attributed to the fact sockeye primarily ‘suspension feed’ tiny “shrimp-like” zooplankton from deep to mid waters depths and are not “keyed-in” to feeding on prey fish.

These fish were caught with the application of North American kokanee or sockeye fishing techniques whereby a small lure was trolled mid-water using a downrigger.

So, you could assume they will strike at small lure if you put it in their line of sight.

I’ll cover shore-based sockeye fishing information in the new year when that style of fishing becomes a viable option.

Perhaps I’ll have some sockeye catch reports from our readers once you have your down riggers and sockeye set-ups all sussed.

Feel free to get in touch: radams@fishandgame.org.nz

If you havn’t read the first two reports, they are contained within the two previous weekly fishing reports.

I’ll be fishing this time next week, so Jayde can have a turn at writing the CSI weekly report.