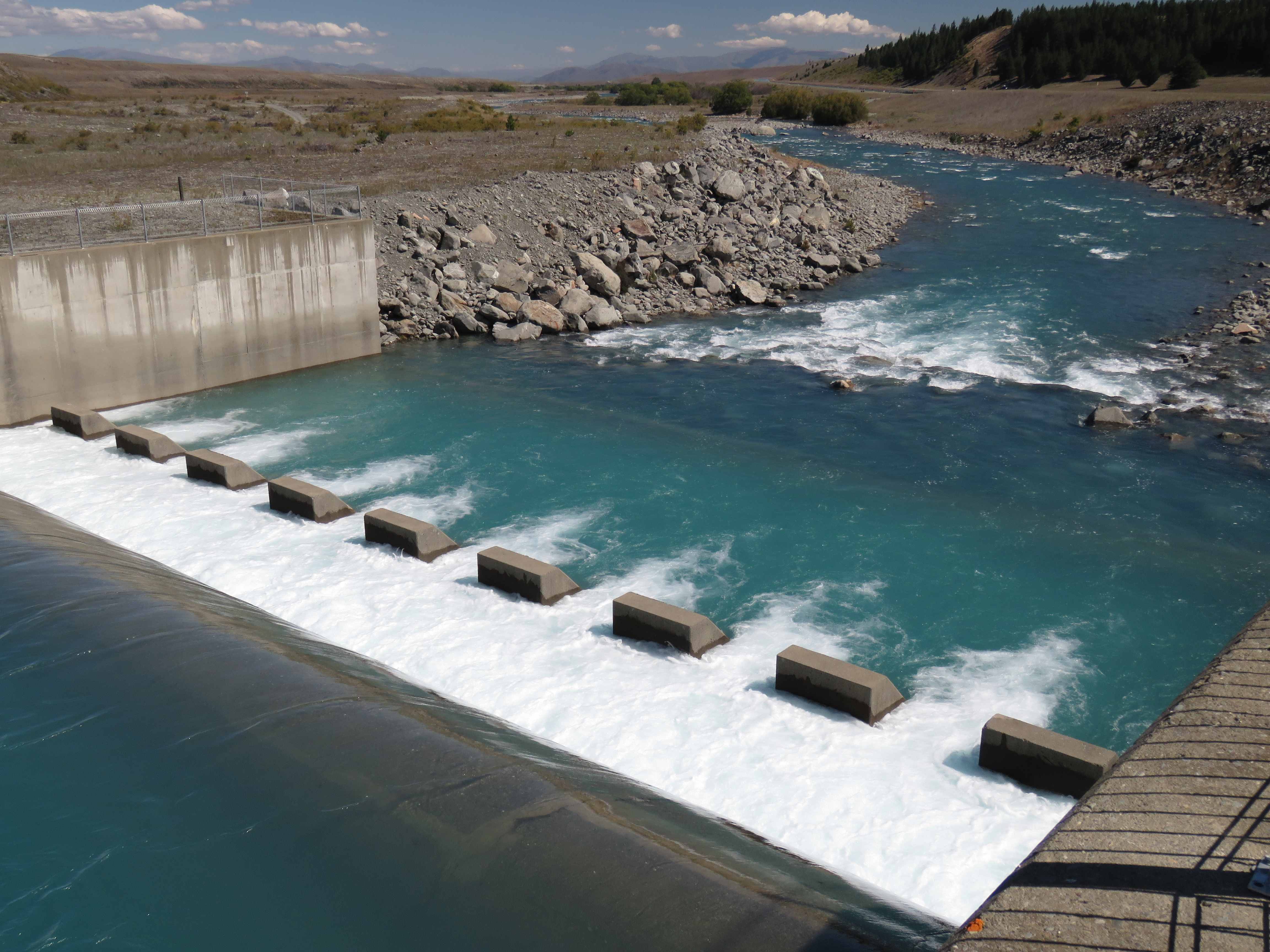 The rain, snow and cooler temperatures over the last week have changed the feel of summer. There has also been a clear effect to our waterways too.

Instead of dropping back to low flows fast the water levels have held, and the peak daily water temperatures have stayed below 20°C for most waterways.

On Monday the Opihi was still high and discoloured so I fished the Temuka instead.

It was in reasonable nick, with high flows for summer but clear for spotting. The summer-time algae cover was still present, but sight fishing was easy enough and I managed to land one 2 pounder.

The other handful of fish spotted all turned their snouts up and even spooked at the sight of my flies, typical spooky-ness for this time of year.

On Wednesday I drove up to Lake Poaka. Lake Poaka was high and so was the Twizel River although nicely clear for spotting. The Opihi was still full but clearing.

I was at Lake Poaka to meet with DOC and ECan staff with the goal of putting a joint project in place to control the alder trees and other weed species that are strangling the wetland and restricting angler access.

Alder trees, like wilding pines are an ever-growing problem for recreation and biodiversity so I’m keen to make a start at the issue and improve the situation at a wetland with great fishing.

The wetland also has high biodiversity values with native bird and fish species like bittern and Big Nose galaxiid living alongside the trout.

While wandering the margins looking at the extent of the issue we spotted a few trout. One large brownie was following a school of juvenile trout around with pace and looked like a great challenge to catch. A large articulated ‘dungeon’ fly might have done the job.

On the way back to Temuka I stopped in to see the weir at Lake George Scott spilling water down the upper Tekapo River.

The river is normally dry there and not much more than a trickle until it receives water from the Forks River a few kilometres downstream.

The spilling will boost the flows of the lower and mid reaches of the Tekapo River dramatically and probably double or triple normal summer flows.

I’m not sure how fishable the river will be…? Maybe a reader could email me to share their observations.

I got in touch with staff from Genesis Energy who manage the Tekapo Power Scheme for a forecast on spilling down the river. 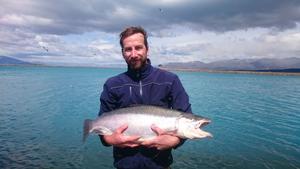 It is possible they could be spilling into the river until mid-April but that will vary with how much rain is received in the Lake Tekapo headwaters and for other operational reasons.

Currently Tekapo B Power Station is operating at half capacity and as a result Lake Tekapo is filling up. When there is too much water to manage with the canal and power stations they must spill down the river.

Tekapo B generators should be back a full capacity by mid-April.

Waitangi Day and the weekend closest to it are traditionally busy fishing periods, so we made an effort to check a few licences around that time.

On Sunday myself and honorary Ranger Matt Waelen took the boat out on Lake Benmore.

Matt and I got around about 40 anglers between the Ahuriri Arm and Falstone boat ramp.

The fishing was very slow with only a couple caught between the lot of them.

The lake surface temperature was about 20°C so that may have made the fish hard to catch.

We encountered two offenders, both using more than one rod.

On Sunday, Monday and Tuesday we had a ranger at the canals.

Around 150 licences were checked over that time resulting in four offences: two for no licences and two for using illegal bait.

When using fish for bait they must be whole, not a portion of a fish.

The fishing was reasonable, not exceptional, the rangers witnessed a few large rainbows and decent size salmon being caught throughout the canals, no real hot spots.

Fish & Game Officer Jayde Couper got a photo of one of the large rainbows, and like with many fish caught at the canals, shrimp was the successful bait. 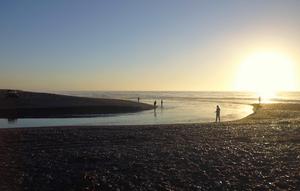 With an outlook to the weekend Saturday and probably early Sunday morning look decent but a wet front moves in on Sunday from the north.

The Rangitata should clear nicely for the weekend, a mate reckoned it was just coming right on Thursday afternoon at Arundel.

Fish & Game Officer Hamish Stevens was down the Opihi and Orari mouths early this morning and the surf was a good size at the Opihi, a bit bigger but still just fishable at the Orari but in both cases the sea water was too stirred-up and discoloured.

So, ideally a swell decrease and calm winds would help to clean the surf up. No salmon were caught while Hamish was there but one was sighted in the Opihi.

The meeting starts at 7:00pm on Thursday the 15th of February and is held at the Fish & Game boardroom, 32 Richard Pearse Drive, Temuka.

Not all licence holders read our newsletters, or the meeting advertisements so please spread the word amongst your fishing and game bird hunting friends.