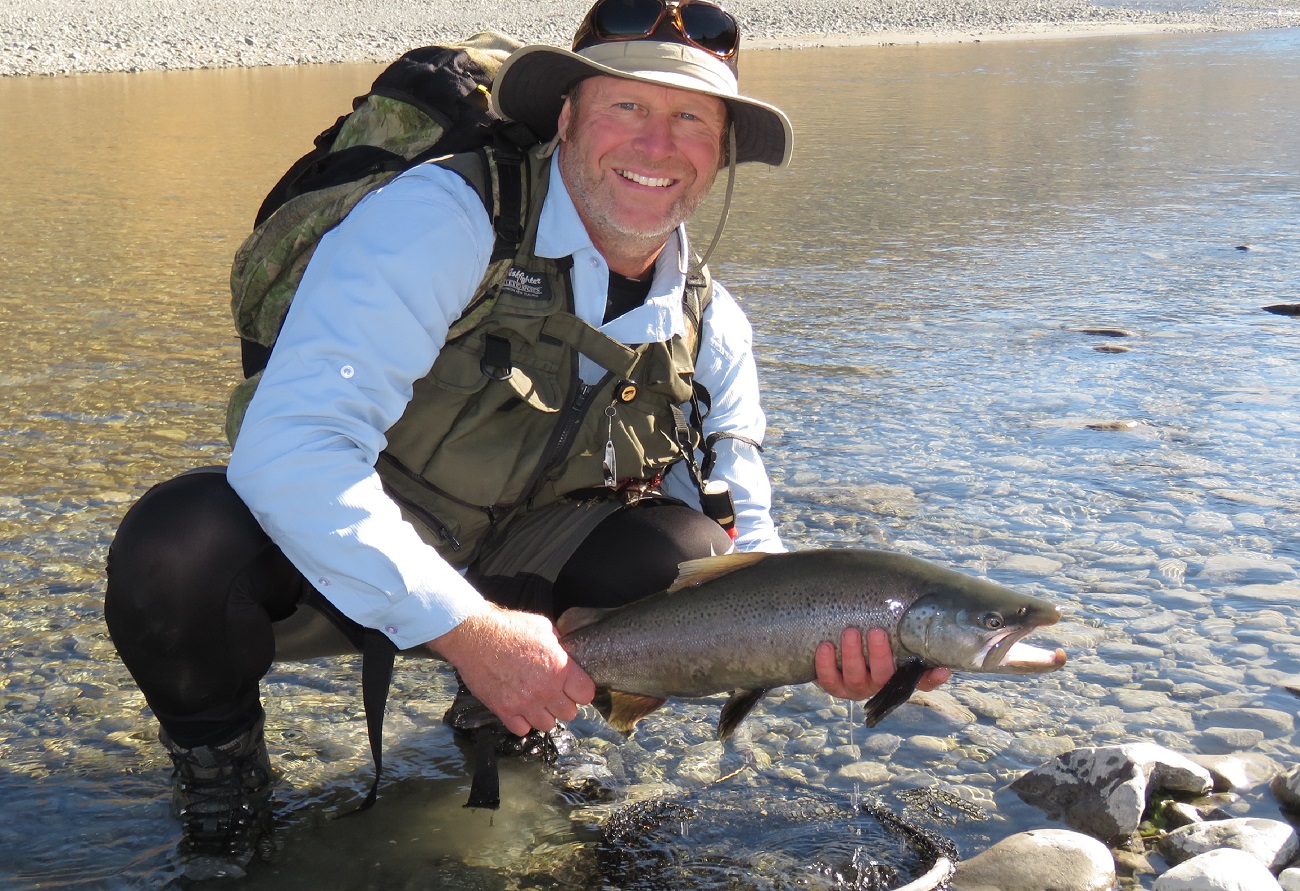 Unfortunately the weather may add an annoying challenge to high country opening this Saturday.

A Westerly storm will be battering the West Coast and spilling over the main divide into our headwaters and it is probable that rivers that drain the main divide like the Ahuriri will have elevated flows, and possible even for rivers slightly East like the Twizel.

Strong Westerly winds will be a feature throughout the region over the weekend and into next week.

If you intend to row your boat around lakes like Alexandrina or Heron take care and be prepared for increasing winds and choppy lake conditions.

That all sounds a bit grim but better to be prepared and find better conditions than expected than charge in gung-ho and be disappointed and unprepared for poor conditions, I reckon anyway.

For me this type of forecast would mean I’d hedge my bets and take a fly and spin rod.

On top of that, as a back-up, I’d have a corner of a lake in mind where the wind is off-shore and it’s semi-sheltered.

For the fly option I’d take a floating and sinking line.

Sometimes the only fly fishing option in strong winds is to have the wind on your back and cast across stream and swinging a streamer fly on a sinking line through a pool or run.

This is a good option when the rivers are too dis-coloured for sight fishing also.

Further east you should avoid the rain and it could be well worth fishing the low country with plenty of anglers preoccupied in the high country.

There certainly is a few anglers about currently making the most of the ideal early season conditions.

I had a report that Lake Opuha was busy with boat anglers last Sunday and even on weekdays like last Monday I bumped into two pairs of anglers on the Temuka River.

Another angler I talked to fished the Opihi up at Raincliff the same day and bumped into an angler too.

He also said the river banks were littered with footprints.

Though even with this activity he still encountered some naive fish.

When I lived on the West Coast I found late October and early November to be dynamite for sea-run trout fishing around the river mouths.

It’s probably similar over here so it’s not all about the high country this weekend in terms of places to be.

I bumped into a local angler earlier in the week who said he hadn’t been fishing this October but while whitebaiting had seen impressive numbers of sea-run trout, the most he’s seen in many years.

I won’t name this river, just go find it.

On another subject, we have received a few phone calls lately regarding observations of anglers berleying or ground baiting at the canals.

These activities are illegal when fishing for sports fish outside of designated course fisheries.

In simple terms, it’s illegal to throw fish food pellets into the canals to attract fish. This is covered by regulation 3.3.6 on page 9 of the sports fishing regulation guide, click here to read-up.

If you see this happening please give us a call at the office (03 6158400) and pass-on as much information as you can gather including details, video, and photographs of the offender’s appearance, vehicle, and registration plate.

Don’t forget we have the CSI Kids Fishing Day coming up on the 18th of November near Twizel.

All the event details can be found by  clicking here.

The event is called “Turning the Tide” and is a platform for salmon anglers and other interested parties to review the state of our sea-run salmon fishery and forecast the future of managing the fishery.

If you are keen find out more about the event, including the agenda, click here to link to the Fish & Game website.

We strongly encourage you to register for the event by the end of this weekend.

Pre-registering is required so don’t delay and miss your opportunity to attend.