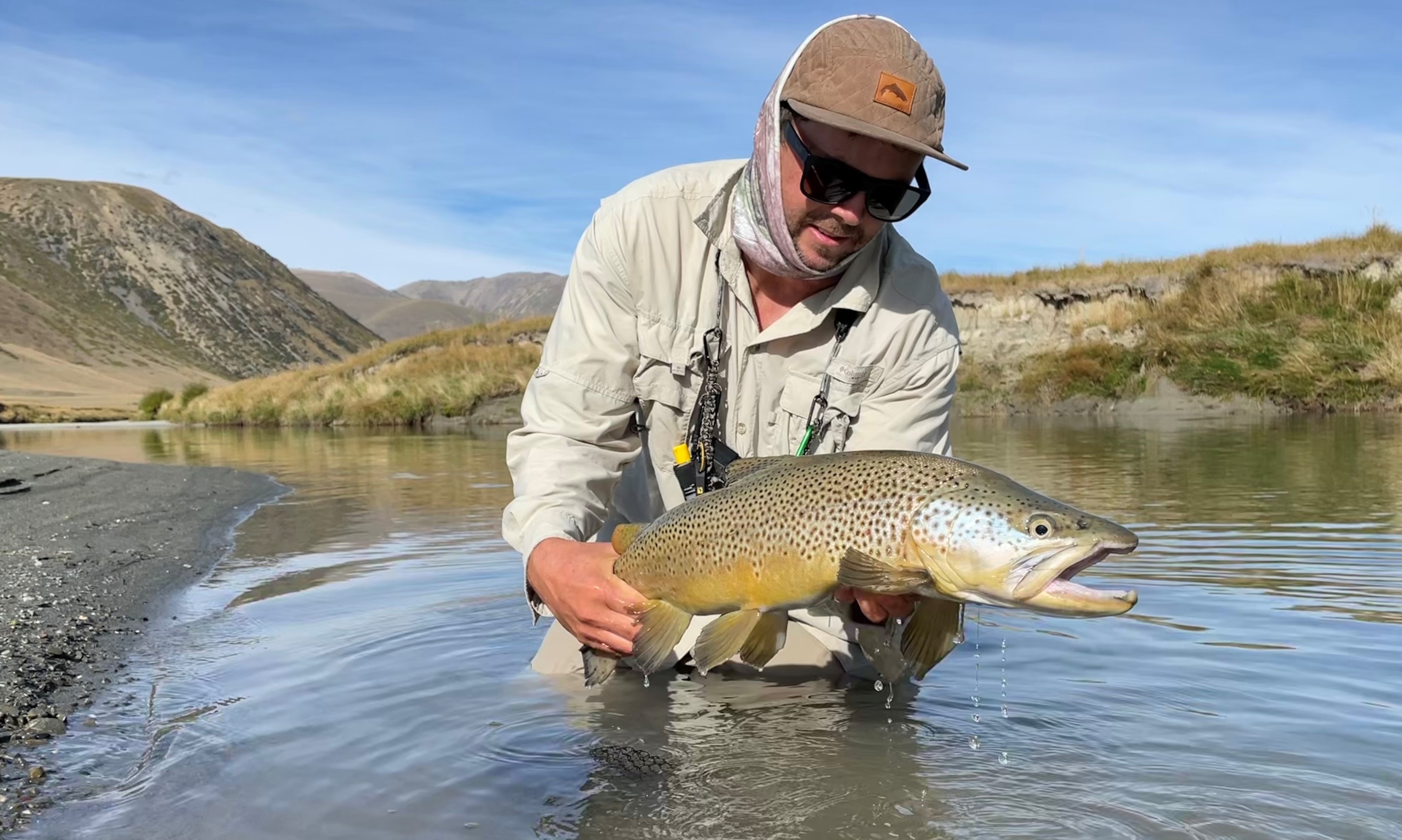 Things are looking up

High-country trout are at the ready with bodies torqued and eyes on the surface just waiting to launch at your dry fly, early indications are that salmon numbers are up in the Rangitata spawning grounds and the weather is looking ideal for fishing this weekend.

First in this report, a quick run down on my high-country flyfishing trip last Saturday with primary school mate Jackson.

We visited a river favoured with fishing guides and tourist anglers for its scenery and boy was the scenery good and being matched with a full day of sunshine and light wind left us with no doubt this was as good as it gets for high-country flyfishing.

We hit the river early to secure a stretch of water and endured frosty hands while we blind-fished the first couple of pools in the dull light of morning. By about 10am the sun was on the water and now I was enduring the warmth of my waders.

Blind fishing produced a few small fish but once the sun was out we could sight-fish, targeting the bigger fish between 1.5 to 4 pounds. Our indicator and nymph rig was swapped out for a dry or dry-dropper rig when Jackson’s highlighter green indicator yarn was taken and spat out by an eager brown.

The day progressed with size #16 bead head nymphs and #16-14 parachute Adams dries being taken keenly by some and refused by others.

The river came alive with rising trout at about 3pm and we played the game of trying to catch the big one in the line up. Jackson won, with a 5.75 lb brute (pictured).

Soon after, in the early evening low-light the rise was over, and it became a ‘spook-festival’ as spotting became a short distance game; off the high banks we were simply too exposed being silhouetted against the sky. 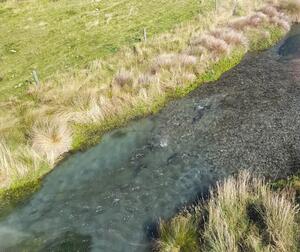 My colleague Hamish Stevens completed the first of five aerial surveys of live spawning sea run salmon in the Rangitata headwaters this week – he returned with a grin on his face.

Hamish witnessed the best start to the Rangitata spawning season he’s seen since taking on the task of monitoring them back in 2006 – in fact the first count is already higher than the last few seasons total counts.

It is still very much early days for sea run salmon spawning and the Rangitata harbours one of the earliest salmon spawning periods in New Zealand. Our final survey will be completed in June. By then we’ll know the full picture.

The Waitaki River traditionally has a later salmon run than the Rangitata and chances are it’s the location of choice for many salmon anglers this April.

As of Friday April 1st, the upper part of the Waitaki River is closed to salmon angling.

The upper part is identified in the regulations as “from the Waitaki Dam downstream to a line running beneath the powerlines across the river at the Stonewall or any tributary of that part of the river…”.

There is a lot of excitement around the sea run salmon season with even new anglers to sea-run salmon fishing achieving their season bag limit. Be sure to read up on the season bag limit regulations and information here.

If you need any clarification please directly contact us, phone 03 6158400 or email csi@fishandgame.org.nz

Take the opportunity to see the biggest 'Fish Screen' in New Zealand before it is submerged.

For more information and to register for the event click here.

Game bird hunters wanting to reclaim the maimai they tagged last season have up until 10am on Sunday 10th April to install their new 2022 season tag.

For more information on the tagging rules click here for the 2022 game bird regulation or visit our FAQ webpage.