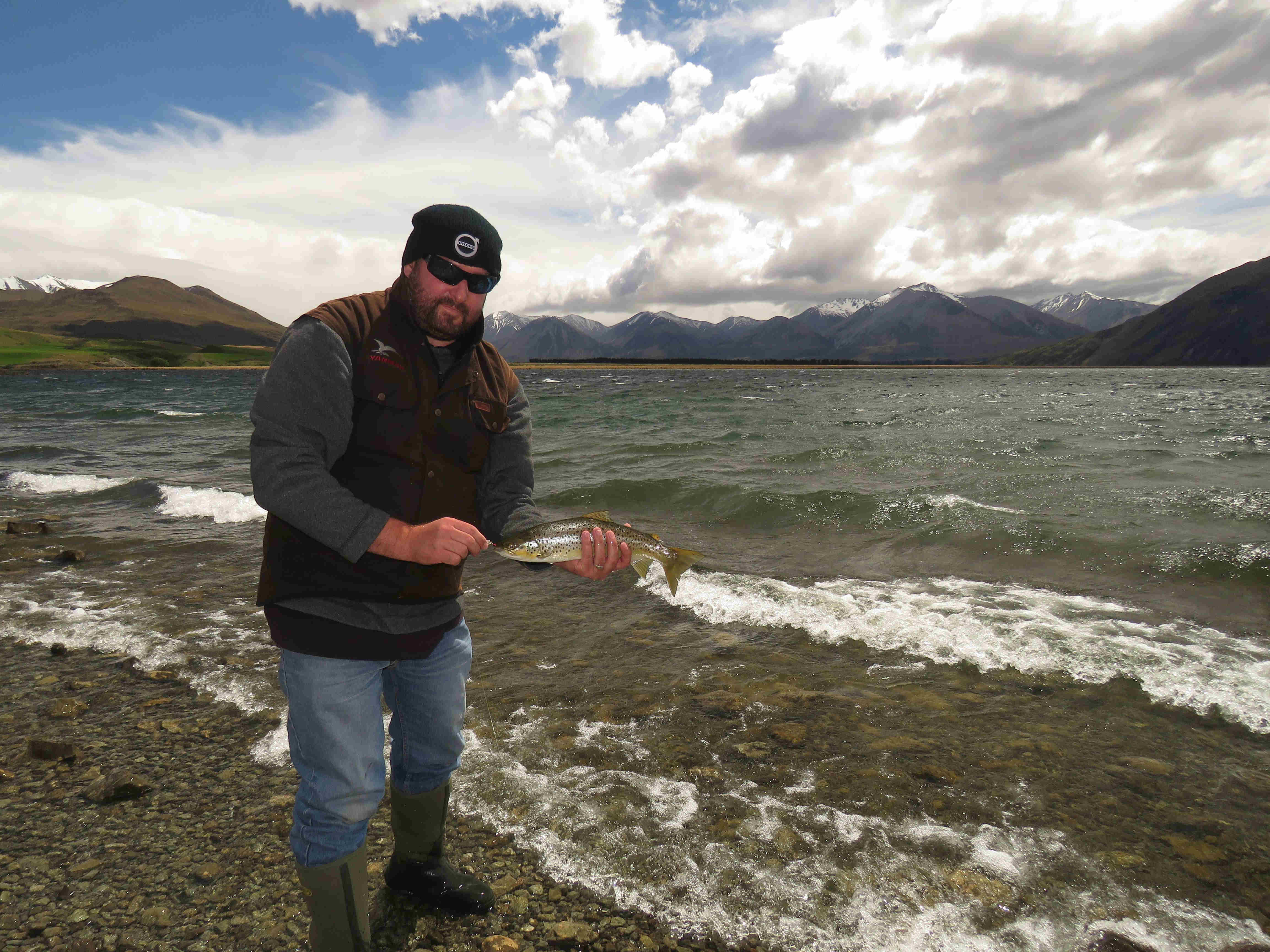 It’s a traditional for many to fish high-country opening as a social event and the opening date is set as the first Saturday in November to meet the occasion.

If you’re not aware of what waterways are considered ‘high-country’ then check out the regulation guide for waters that open on the “1st Saturday in November” (CSI Region from page 33).

The low country fishing has been excellent this season but now we get to spread ourselves out a bit more and focus on targeting rainbow trout in small high-country lakes and rivers.

The river flows are coming right from rain earlier in the week and should provide the goods, but as always keep an eye on the ECan river flow website and make an educated decision.

It looks to be a sunny weekend but the old opening day nemesis the Nor-Wester wind looks to be coming to the party.

If your fishing, especially boating, keep in mind the wind will probably kick-up at some point during the weekend.

If you can’t make it up to the high-country then you might find some respite from the wind in the low-country anyway.

Last Sunday I fished a tributary of the Opihi River in a wind that was putting a decent bend in the willows and found it wasn’t too bad for fly casting.

I spotted a bunch of large trout and managed to hook three on small mayfly nymphs.

Although one of the fish spat my #18 nymph after the twelfth jump the other two weighed in at 5.5 and 4.5 pounds and I was really stoked to catch browns that big in a local lowland river.

Last weekend was Labour weekend and we had a few of rangers about on the canals.

There seems to be a fair bit of interest by anglers in our activities so I have included a link to a media release we put out earlier in the week summarising our ranging effort last season.

We were disappointed to detect 8 offences over the long weekend, four fishing without a licence and four out of season, those are in addition to the offences reported in the article.

Angler success at the canals was a mixed bag with mainly small (“canal small”, 1-6 pound) trout being caught on baits like prawn and huhu grub.

A couple of whoppers in the 10-20-pound class were caught in the Tekapo Canal and Pukaki-Ohau A Canals around the farms.

There were plenty of anglers that went home empty handed, especially those that stood in one spot and cast a spinner invariably or drowned a bait for a couple of hours.

The key at the canals seem to be fishing and walking with the flow and getting deep to deliver your lure to the fish rather than waiting for the fish to come to you.

We received a report that a few salmon were getting caught from the Ohau C Canal so that will be the place to target canal salmon for the next week or two.

While you’re down Ohau C Canal you may notice new salmon farming activity.

Mount Cook Alpine Salmon are keen to advise anglers they have started construction on a new farm situated below the Labyrinth Weir that will extend for about 2km.

The project is set to be complete in May 2020 with some of the pens being farmed by Christmas.

A gate will be installed soon at the downstream end of the new farm section to prevent public vehicle access, however walking access will be maintained.

On Mcaughtries road across the canal from the new farm a post and cable fence will be installed for road/public safety requirements.

This farm development is likely to be the end of expansion of aquaculture in the canals for the foreseeable future.

Finally, in this report a reminder to plug the canal clean-up in your calendar on the 9th of November.

This community event is a great day out with the extra incentive of a delicious free lunch and a ton of spot prizes on top of helping to curb the littering issue at the canals.

Meet at Jakes Hardware in Twizel town centre at 8:30am for briefing and spot prize registration.

Held at Loch Cameron near Twizel, registration on the day from 8:30am fishing starts at 9:00am.

Make sure you Click here for all the info.

Please report the capture of any tagged trout caught in the Waitaki and Hakataramea Rivers.

The tags are a yellow numbered strip positioned by the dorsal fin.