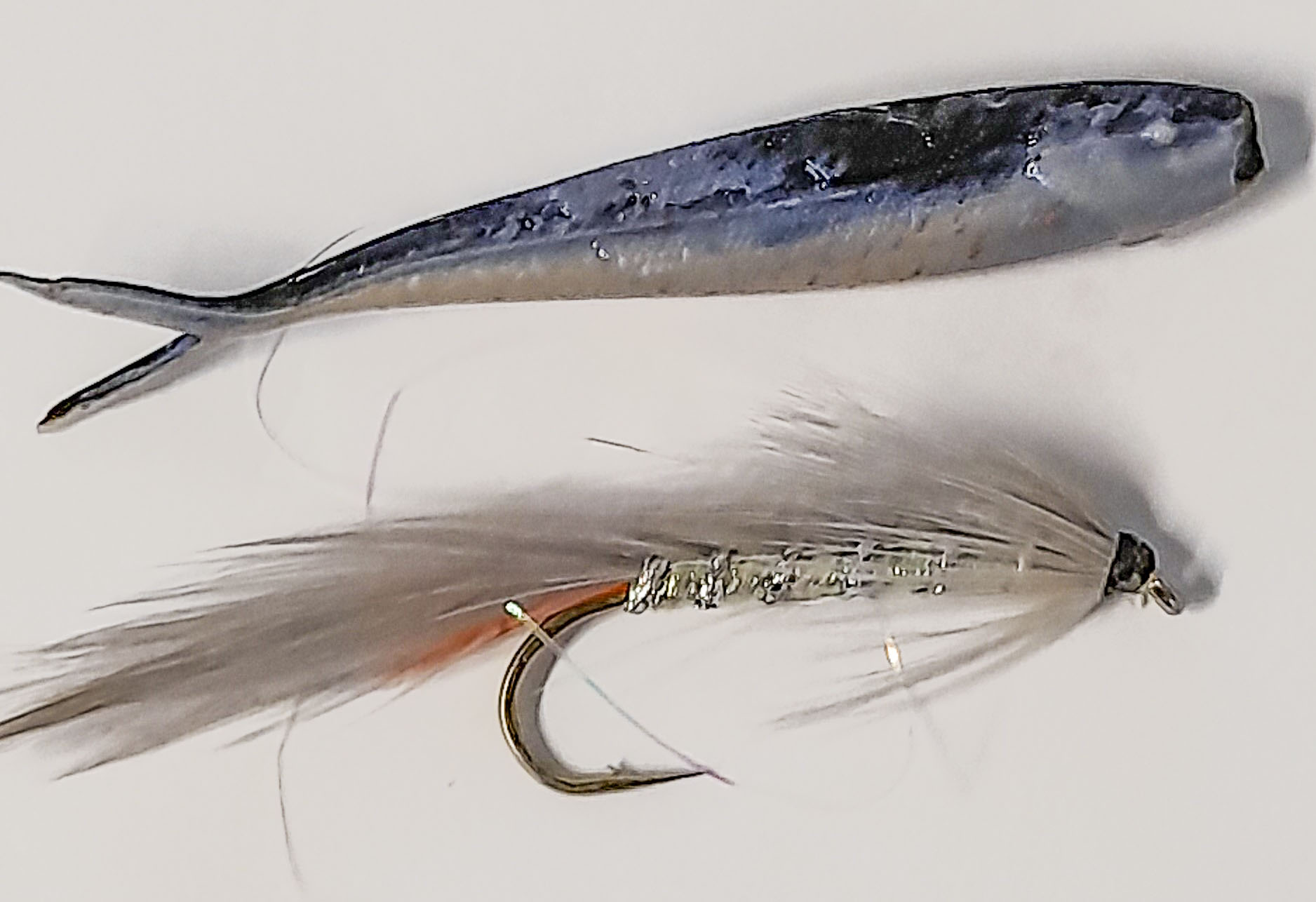 As Rhys reported last week CSI Fish & Game staff were involved with a pilot study on some of the regions hapuas (lagoons) with a focus on smelt populations.

While we did catch smelt during the survey in both the Ashburton and Rangitata rivers observations from the local experts “in the know” suggest smelt are not around at the river mouths in huge numbers yet.

However, I can report that at least one sea-run trout was caught this week that has obviously been taking advantage of the few smelt that are around, as it weighed in at an impressive 9lb!

One way to target sea runners is to catch some smelt in a whitebait net. If you don’t have a whitebait net try talking politely to some baiters and they may just give you some.

Rig the smelt strayline style, with two small bait hooks, one near the tail and the other through the head. Cast this set up across the current and let it swing around.

Of course, if you can’t get a hold of any smelt then soft baits work too, I like the split tail style, in smelt like colours, along with a ‘Hopes Silvery’ or ‘Grey Ghost’ pattern for those of you who are fly anglers.

Above Right: If you can’t get the real thing – split tail soft baits or a ‘Grey Ghost’ fly like these will do the trick when targeting sea runners.

Earlier in the season I encountered an angler who was a newbie to fly fishing. After checking the anglers licence the conversation got onto what fly they should use?

I had a quick glance at the end of the line and through the box the angler had, I could not really find a fly that I could recommend to fish at that location.

This got me thinking how many other fly anglers starting out are struggling with the same question.

“What fly and where to use it?”

Firstly, I am no expert fly angler, but I manage to fool my fair share of trout and I’d like to think some of this success is due to my fly selection.

Below are 10 flies that are ‘must haves’ in my fly box for waters in the CSI Region that may just help that fly angler starting out.

Now before I get shot down for not including your favourite fly, there are plenty of other fly patterns that are deadly when the fish are keyed in on them like cicada, willow grub, smelt, whitebait, brown beetle, chironomid to name just a few.

However, I find the 10 listed above cover most fishing situations I find myself in. 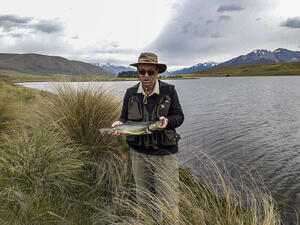 Long time Lake Clearwater angler Donald Tilson had some success last weekend with a trip to the lake for his birthday.

Donald said “after a lot of hard work in trying conditions he managed to catch a 3lb brown taken on a #14 Parachute Adams and upon inspecting the gut contents found snails and not much else.”

I’m glad you were rewarded for your perseverance on your birthday Don, nice fly choice too.

At the writing of this report the weather looks to be all over the show for the weekend with some funny sort of NW system that looks like it will drop a fair bit of rain in the headwaters of the Alpine rivers late Saturday through Sunday morning.

If I had to pick a day Saturday looks to be it but then Sunday afternoon looks ok as well after the weather system has moved on.

River flows for the weekend look good with sight fishable conditions likely in all CSI rivers and the Rangitata will not be affected until late Sunday at the earliest, if the rain eventuates.

Don’t just take my word for it though check out the weather forecast and the ECan river flows website before you head out.

Best of luck for the weekend.

The Annual Public Meeting of the Central South Island Fish and Game Council will be held on Thursday 3rd December at 7:30 pm at Council’s Boardroom, 32 Richard Pearse Drive, Temuka.  Anglers and hunters are welcome to attend.

The bi-monthly meeting of Central South Island Fish and Game Council will be held on Thursday 3rd December from 4 pm to 6 pm at Council’s Boardroom, 32 Richard Pearse Drive, Temuka.  Anglers and hunters are welcome to attend.