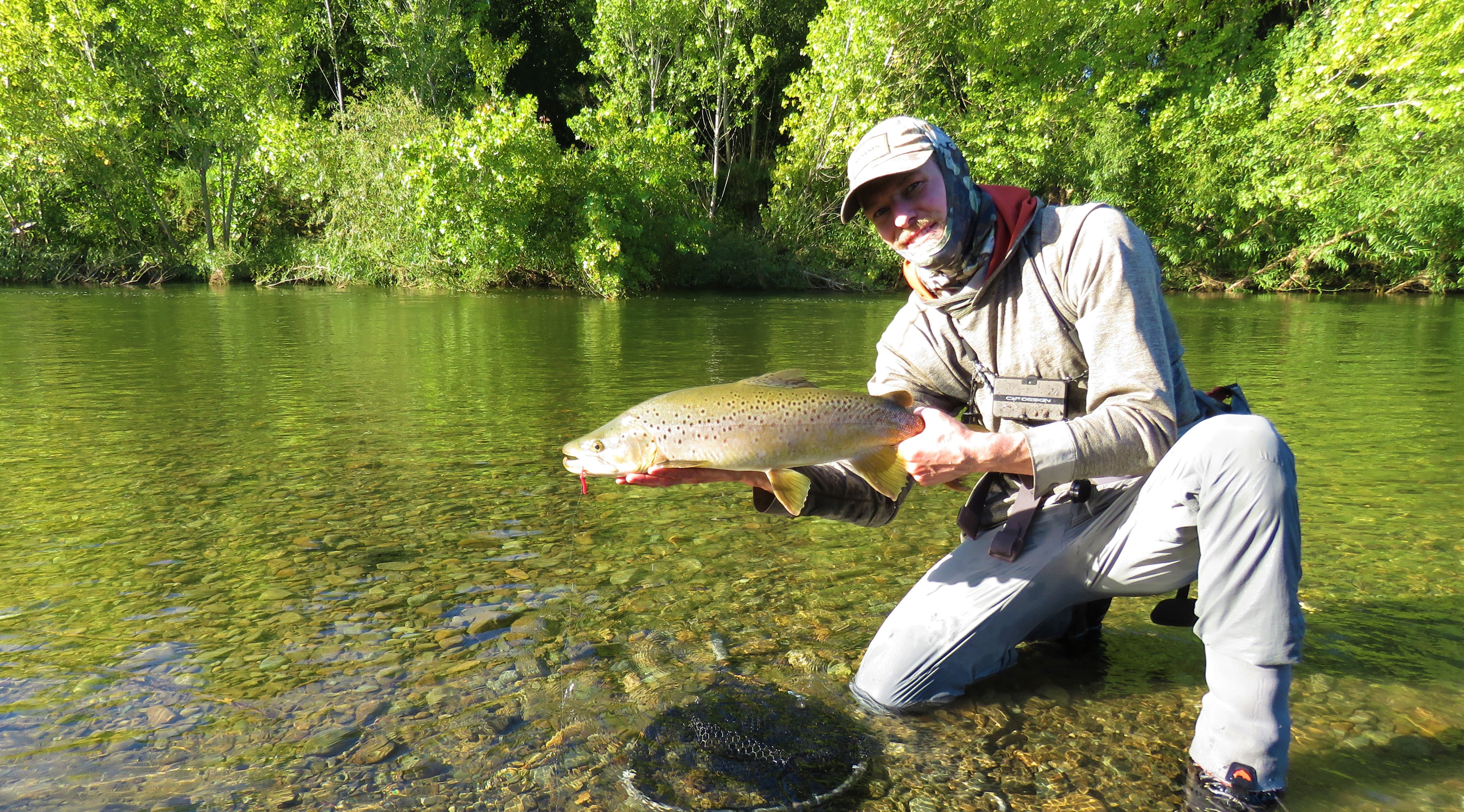 The sea run salmon season is in full swing so do make the time to get out on the river this weekend.

As of next Tuesday summer is officially over which puts us in-sight of the end of the sea run salmon season.

It is worth noting the upcoming sea run salmon season closure dates so you can plan your trips in the meantime.

The list of closures above is an abridged version of season lengths only and anglers are advised to read all the relevant sea run salmon fishing regulations found in the 2021-2022 sports fishing regulation guide here.

You may notice that sea run salmon seasons now includes April for some waters where they previously closed on 31 March. This provision of April fishing in some areas was made possible by the introduction of the season bag limit.

All anglers are reminded that a (free of charge) sea run salmon endorsement and season bag card is required to fish for and keep sea run salmon in the CSI and North Canterbury Fish & Game Regions. To find out all about the new requirements please click here.

If you require further clarification of the regulations, please get in touch with our Temuka office, PH 03 6158400, csi@fishandgame.org.nz

There has certainly been a lot of rain and cold wind around lately and our summer has resembled spring – or even winter with that big dump of snow the mountain got a couple of weeks back.

The cold weather has put a dampener on many fly anglers’ aspirations to do some dry fly fishing on those hot lazy summer days.

On the flip side, it has provided great worm and spin fishing conditions— that’s a rarity in February.

This week’s tip: Fly anglers should mimic the methods of bait and spin angling when river levels are up, and spotting fish is hard work.

How does a fly angler mimic a spin angler? – by swinging large streamer flies like woolly buggers and rabbit flies through the best edge water.

You can use your floating line for this, but it will pay to use a bead-head flies to sink the fly quick and fast.

An intermediate sinking line and a selection of unweighted and various weighted/beaded flies will cover a range of depths and may prove more versatile than a floating line. Split-shot can be used to add weight too.

How does a fly angler mimic a worm angler? — by using beaded squirmy worm flies. It’s easiest just to fish these under an indicator – upstream nymphing style.

I gave squirmy fishing a go last Sunday when my local river was flowing about triple its normal summer flow and only sight fishable in the shallow-medium depth water.

I was really impressed with the results, getting four bites and landing two of the fish – both well-conditioned big brown trout about 6-pounds.

Now that I have given you a high-water fly fishing tip, it looks light we are set for a rainless week with river flows set to drop and stabilise, offering great fishing all-round.

One exception may be the Waitaki river though, its flows have been high and unfishable for much of this summer as huge volumes of water have been generated through the Waitaki Dam due to high inflows, full lakes and spilling in the upper Waitaki hydro scheme.

Let’s hope the dry spell enables Meridian to reduce the flows to under 350 cumecs in the near future which will offer more manageable riverbank access and better water clarity for fishing.

Meridian Energy will be undertaking maintenance work on the sediment basin, near where the Ōhau River enters Lake Ruataniwha.

The area of land around the work areas will be closed to the public for this period.

The ballot to occupy hunting stands for Opening weekend closes 1 March. To enter the ballot and for more information click here.