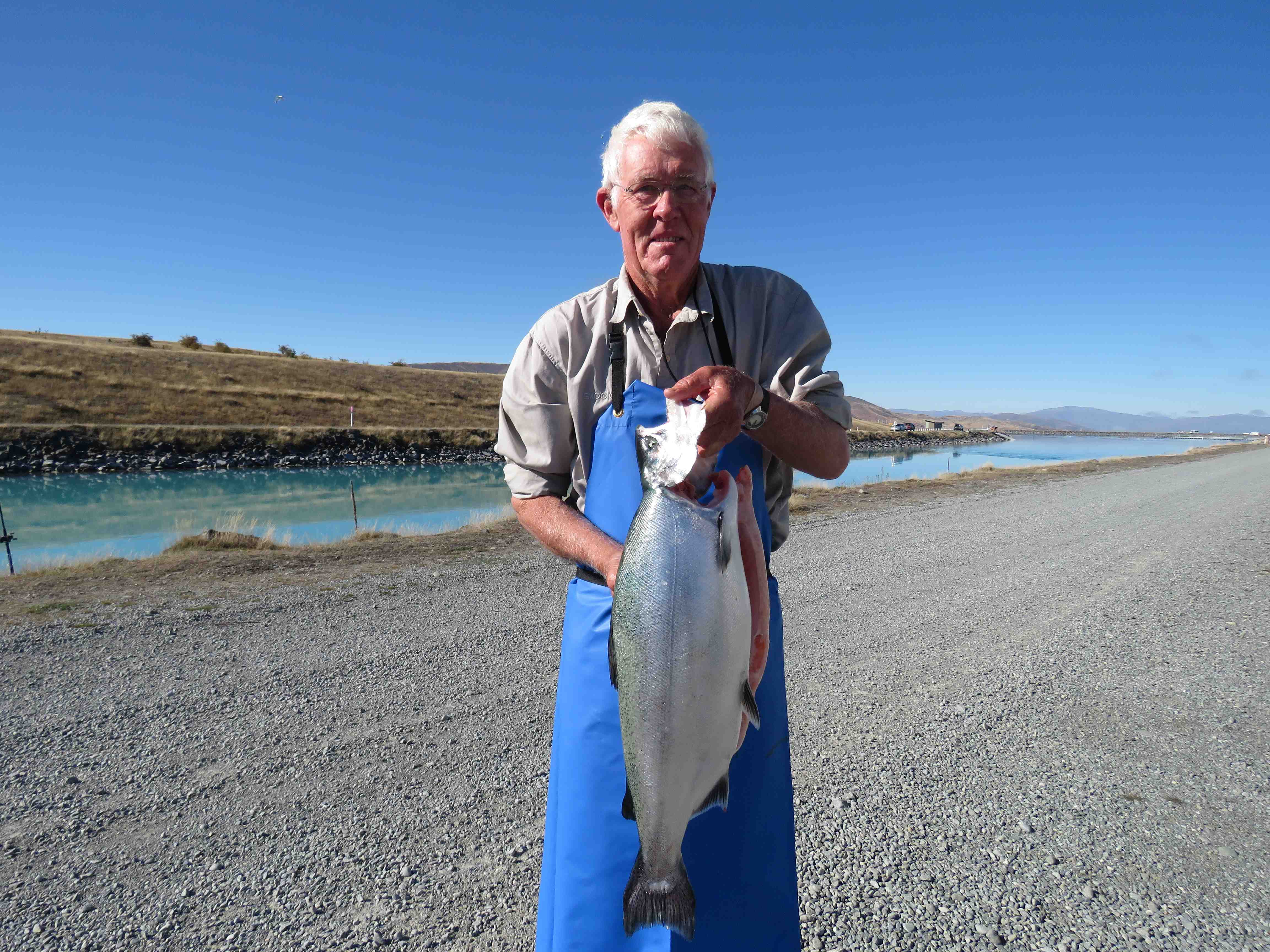 It’s time to get your last fix of “summer season” fishing in before many of our waters close for spawning.

Fittingly, most of us will have that opportunity in the form of the Easter holidays followed by ANZAC Day on the 25th and then one more weekend, the 27th and 28th before closing day on Tuesday the 30th of April.

There are still plenty of Mackenzie Basin winter fishing options available in May, but I’ll touch on those next week in the final weekly fishing report for the season.

Easter is traditionally a busy time for anglers and the canals certainly get their fair share of attention.

I was ranging the Tekapo Canal yesterday and there were already plenty of anglers about.

It was great to see a few juniors spending their school holidays on the water.

I checked on 43 anglers from 9 am to 12:30 pm, all were compliant except for two anglers that weren’t carrying their licence and will have to produce that to us within seven days.

Their success was a mixed bag, generally nothing caught but there was a couple of nice rainbows and salmon landed, a few small salmon returned and a couple of stories of the one that got away.

However, it was a case of you should have been here yesterday when there were quite a few good fish taken.

I bumped into Russell Wood who was processing his catch from the day before, a 25-pound salmon and a 10-pound rainbow.

Only a handful of salmon in the 20-pound class get caught each year in the Canals, most commonly caught in the One to 12-pound size range.

Russell bounces boobies flies along the bottom with a sinker and has perfected the technique, he reckons it’s a frustrating method because nearly every cast he snags weed.

One angler caught a couple of five pound salmon using a silver spinner, another angler landed some one to three pound salmon soft baiting.

Rex Mullen and Nicholas Black showed me photos of rotund rainbow trout of the 20-pound class they had each caught and released on Tuesday, Rex bouncing a prawn and Nicholas bouncing imitation fish eggs.

Nicholas hadn’t had a bite for the morning when I encountered him but wasn’t too phased as he reckons the key to having success at the canals is simply persevering and putting in the time.

There were other salmon catches on Tuesday too, mainly in the five to eight pound size range.

I was up at the canals last weekend and observed that the water clarity of the Ohau A Canal was poor, obviously Lake Ohau has silted-up from the large rain events of the past month.

The Tekapo and Pukaki and Ohau B and C canals are holding some colour too from those same rain events which for many anglers means they will be primarily bait fishing or using scented soft baits until they clear up.

The weather forecast is a mixed bag for Easter Weekend, the best days appearing to be Friday and Monday.

Saturday and Sunday look set to receive two or three waves of showery fronts and there may be some heavy downpours at times although there appears to be some gaps in the weather.

If your planning on fishing large lakes like Benmore in a small boat I’d suggest you keep a close eye on the wind forecasts and pick your times.

I’d guess most river flows will be fine for fishing this weekend as they are generally quiet low, although there could be some localised downpours that bump up flows.

I’d certainly keep a close eye on any rivers draining the main divide like the Rangitata and Ahuriri as the rain looks to be intense up there on Saturday.

With this being the second to last report of the season I’d be happy to receive a quick note/story and a photo of anyone’s 2018-2019 fishing season highlight from the Central South Island Region to share with the readers next week or just to hear in general as one of the staff that manages your fishery – email radams@fishandgame.org.nz.

Jet Boating NZ had notified Fish & Game that they hold permits for their members to jet boat the Ahuriri River on one day of the 20th to 22nd of April.

The permits detail that jet boating is only allowed if river flows exceed 20 cumecs on ECan’s SH8 flow recorder on the day. Jet boating is limited to the section of River from Lake Benmore upstream to the Ireland Road Bridge.