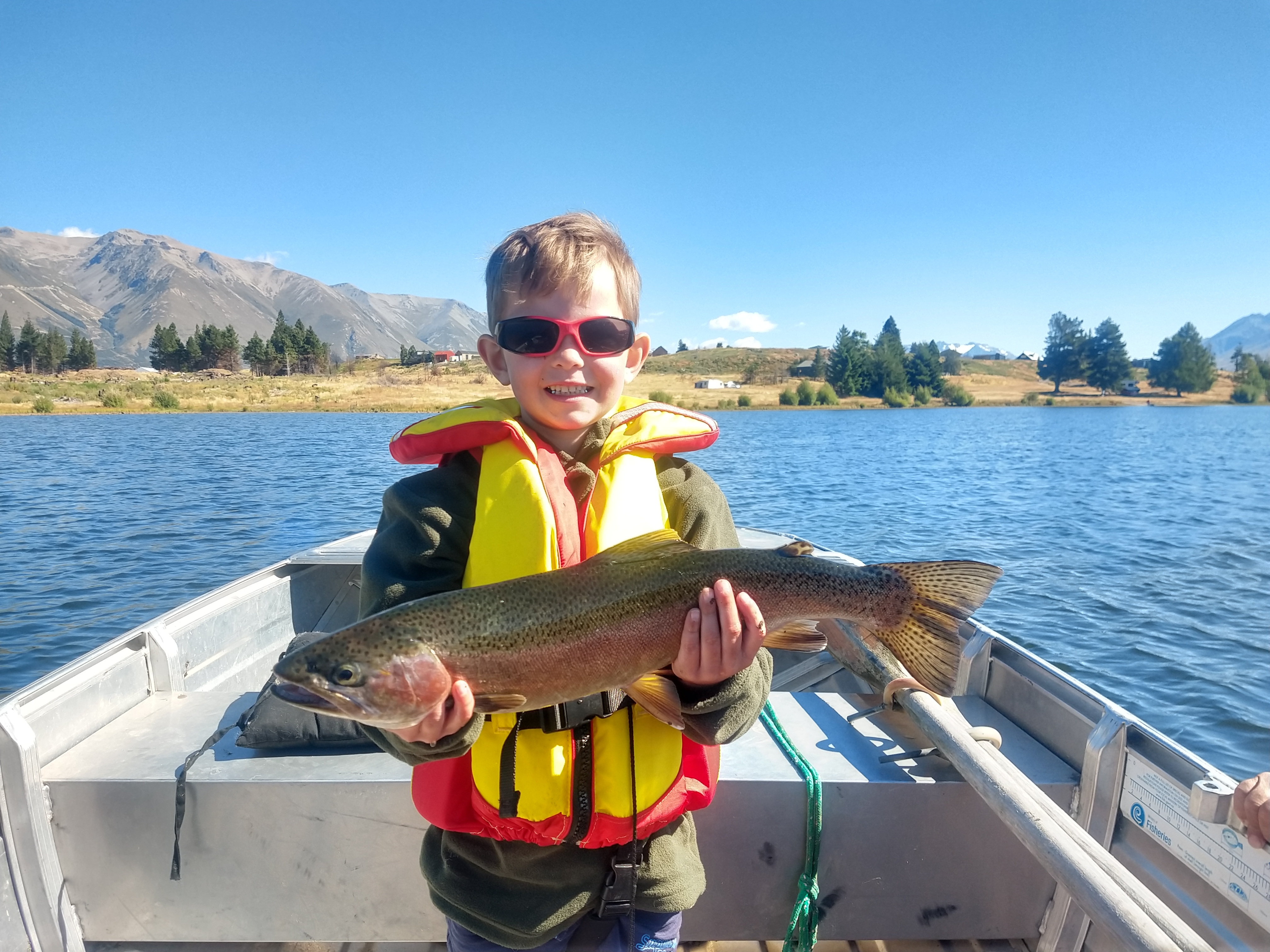 Sunday is the pick of the fishing days this weekend with a wet and windy front set to whip through the region on Saturday.

The recent rain has left many rivers high and flow and a bit discoloured.

This will mean poor fishing conditions for a few waterways, but others will fish really well for fly, spin, and bait as flows recede and clear up.

Be sure to check in on the ECan river flow website to see how flows are tracking.

This week we can share a report from one of the region’s small high-country lakes — Lake Middleton near Ohau Village.

Jayde Couper got in touch to share a report of his recent trip there, an annual event for his family.

“Did a bit of fishing on Middleton. Catch rates down compared to other years, fish also very hard to land, all of us landed about 1 in 4-5 hooked. Fish are in awesome condition, dad got one that might have been almost 4lbs and the average size was really good.

“Fish going absolutely crazy when hooked, pulling heaps of line and jumping like mad especially when they first saw the boat, lots of fun. We found fish were all deep, water temp must be pretty high. Trout were all full of damsel nymphs, snails and a few willow grubs and chironomids. Had no luck on dark soft baits or black n golds. Fish mostly caught on bright green or red lures.

“Noah Couper got a great rainbow out in the boat, on a red toby, awesome fight, gave him a bit of a fright I think. Said he wasn’t going to keep one but decided once it was in the boat it was going to be dinner.

“Nice to drift fish without an anchor. Didn’t get anything trolling, hard not to catch the bottom.”

The recent big rain event over filled Lake Ōhau and as a result water was spilled down the upper Ōhau River via the Ōhau Weir. Rainbow trout and sockeye salmon became stranded in the weir structure as spill flows ceased.

Fish & Game Officer Mark Webb and Ranger Shane Peake transferred the fish back to the river below the weir and took the opportunity to tag them with the hope to learn more about fish movements in the area. 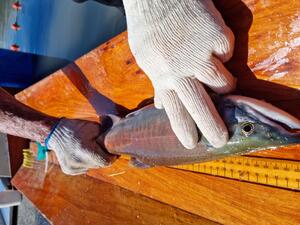 Keep an eye out for yellow tags, set near the dorsal fin, of any fish you catch in the Lake Ruataniwha, Upper Ōhau River and Lake Ōhau areas and report your catch to us — E: csi@fishandgame.org.nz, P:03 6158400

Please keep in mind there is a small window of opportunity to target the start of the sockeye salmon spawning run in rivers and streams through to the end of February. From 1 March to 30 April it is illegal to target sockeye salmon in streams and rivers (note 1.10, page 36 of the 21/22 sports fishing regulation guide).

Now to the canals, and a report from our rangers.

Rangers have been active at the Ohau C Canal after reports of high angler numbers and a steady catch rate of salmon leading to some breaches of the regulations. Some plain clothes ranging over last weekend led to several offences being detected, mostly exceeding the daily bag limit of 2 sports fish or continuing to fish once reaching the daily bag limit. Once you have kept 2 fish at the canals you must cease fishing there for the rest of the day.

On another note, it was very disappointing to see and hear reports of anglers climbing over safety fences to fish behind the barrier and to land other anglers hooked fish. These fences have been installed by Meridian for Health and Safety precautions. Blatant disregard for these safety measures could lead to permanent loss of accessibility to parts of the canals.

We advise that if anglers are fishing over top of fences and hook a fish that they must “walk the fish” along to the very end of the fence line and land it there. We understand this will not be practical for some anglers. If you are not prepared or able to ‘walk the fish’ beyond the fence, please fish the many kilometres of canals where safety fencing is not in place.

Tekapo River flows in the lower river, downstream of the Mary Burn confluence, can be view on the ECan website here.

Contact John to correctly identify the fly box and he will return it to you: jandkentwisle@gmail.com, 0211497824