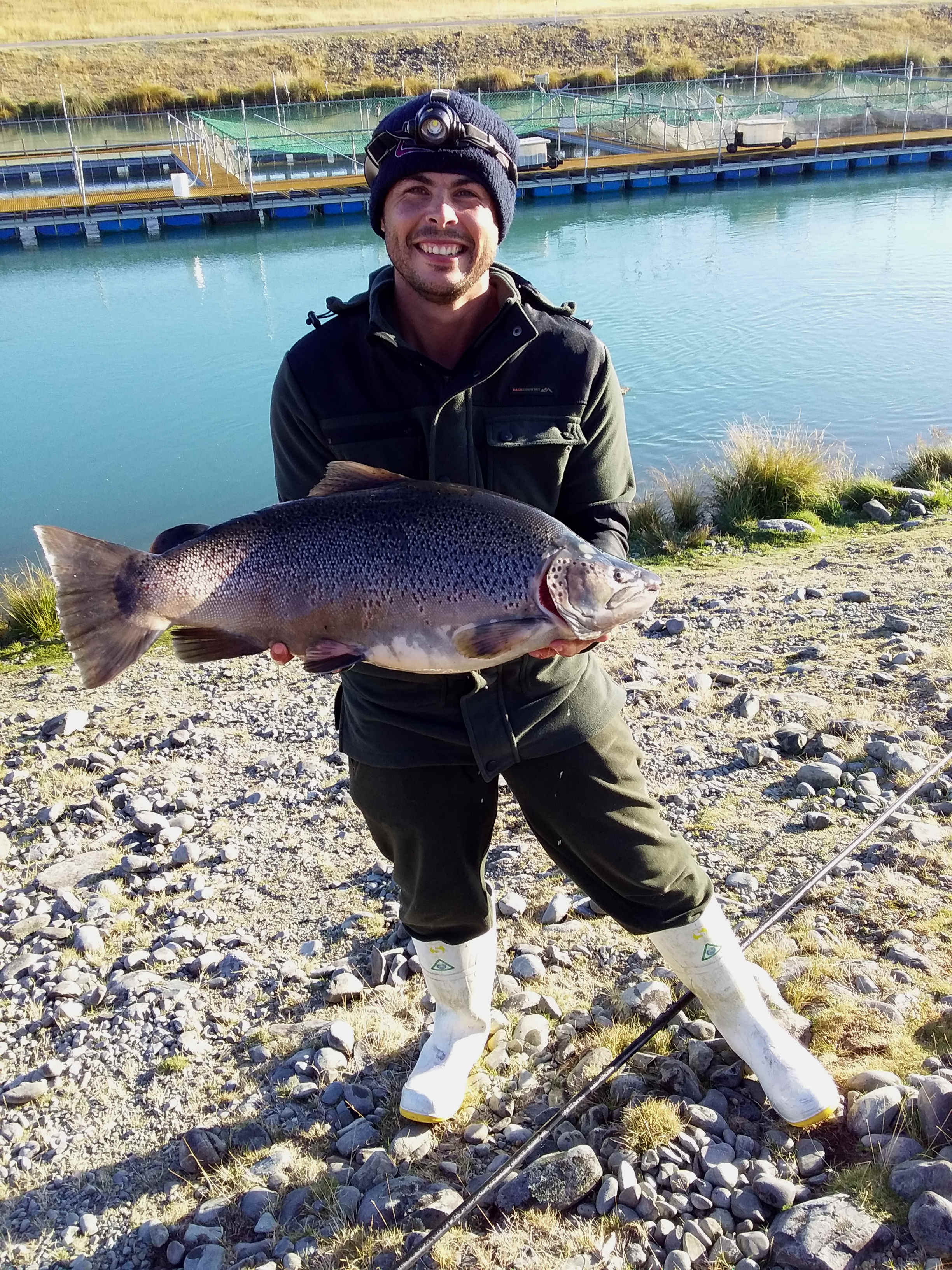 The canals are fishing OK currently with the occasional whopper getting caught, but the mainstay of the catch is rainbow trout and salmon around 1kg.

Rangers visiting the area recently have noticed that bait fishing, mainly with shrimp as bait, has been providing the best results.

The canal water clarity remains silty which would explain why bait is working best.

The canal flows have been reasonable.

Putting in the time has also been the key to success at the canals.

We have had some luck tracking down offenders using two rods at the canals lately after tip-offs from other anglers.

Give our office a call if you witness sports fishery offending in the CSI Region: 03-615-8400.

Sockeye spawning season is underway, and the early signs are that it is an unusual spawning run this year with sockeye absent from some of our go-to creeks and some uncommon spawning observed in the Waitaki River tributaries around Kurow.

Another aspect of this years run is that the fish appear to be relatively small, which matches the notable catch of small (undersized) sockeye in Lake Benmore over summer.

Please get in touch with Jayde Couper, email  jcouper@fishandgame.org.nz or call 03-615-8400 with any sighting of sockeye salmon spawning from these waterways: Lake Pukaki tributaries, Lake Ohau tributaries, upper Otematata River and the Waitaki River and its tributaries.

The weather, although overcast and light rain showers at times, will provide plenty of opportunity for fishing this weekend.

Saturday is probably the pick of the days but may be windier than Sunday.

There is no substantial rain in the forecast and in general river flows are trending downwards and should be good to fish this weekend.

However, some of our lowland waterways remain in summer low-flow mode and the Waitaki River still has high flows as “months” of excess water is managed through the hydro scheme.

The Kurow area of the Waitaki River can still offer some fishing at elevated flow levels but the lower river needs to be at flows of about 350 cumecs or less.

On Wednesday morning the Rangitata River at SH1 still held a bit of colour but the flows are trending downwards, and it should clear up nicely for salmon fishing in the weekend.

The Whipp’s tally board of South Side Rangitata River mouth area sea-run salmon catch is now at 33 for the season, including 4 in the month of March.

We have received a query recently asking who installed the new webcams at places like the mouth of the Orari River and what are they for.

They are webcams privately owned by a local Ashburton-based company called Outdoor Access who are providing a live streaming/webcam service of waterways throughout the Canterbury Region to paying customers.

Although I haven’t checked-out the service, I’d imagine the cameras could provide another useful tool for anglers to plan their fishing trips on top of weather forecasts, surf forecasts and the ECan river and rainfall websites.