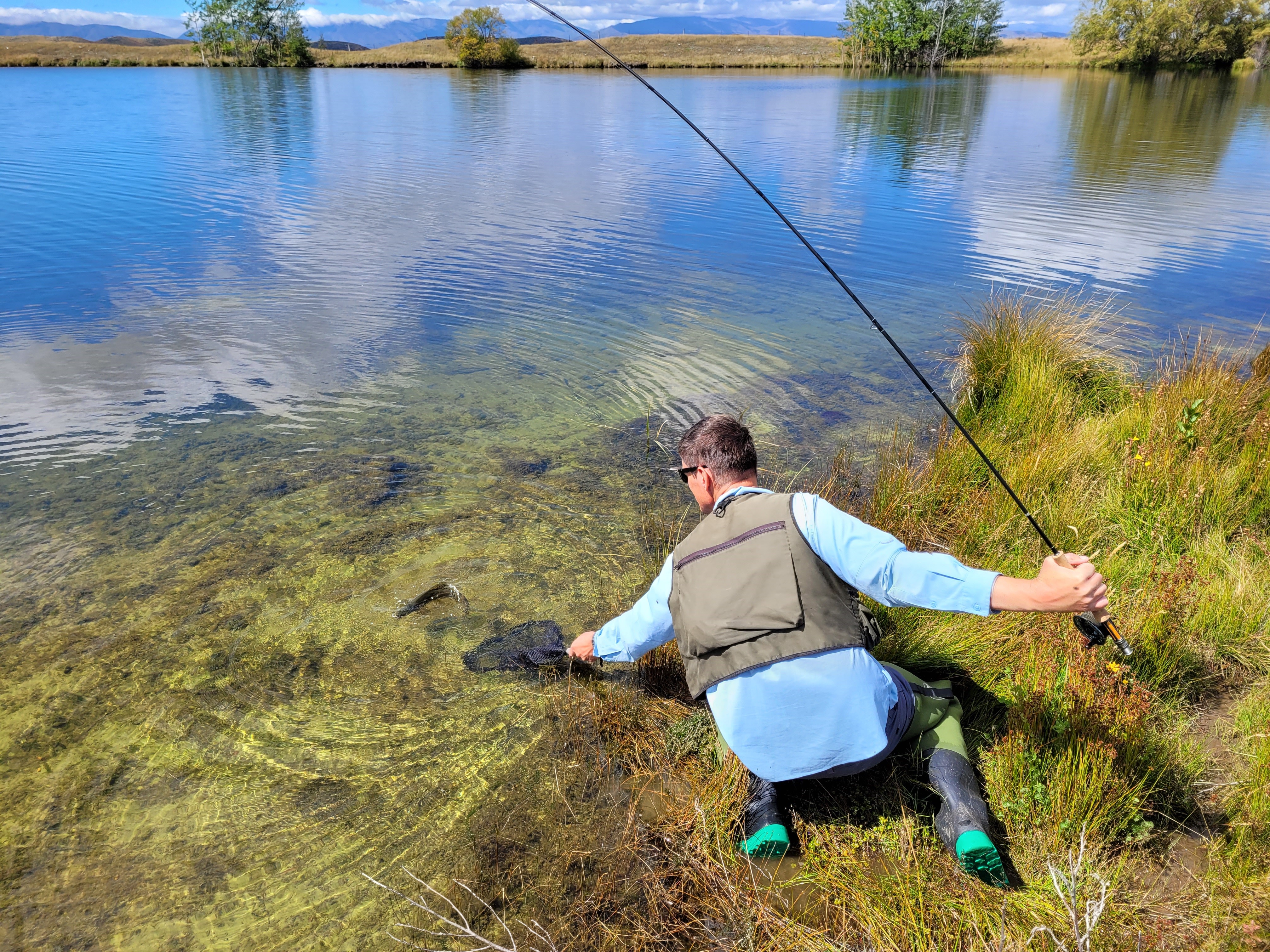 The weather forecast is looking pretty good for fishing this weekend!

The pick of the days will be Saturday which looks to be a classic mild and calm autumn day – a good opportunity for some dry fly fishing on a small high-country lake.

Feature Image: Early autumn is a great time to enjoy some late-season dry fly fishing at a small high-country lake

On Sunday there will be some wind gusts to battle with in the high-country.

In general, waterways conditions are looking good across the region but there are a few matters to consider.

The Waitaki lakes like Ōhau, Pukaki and Tekapo are carrying a bit of silt after all the recent rain and because they feed the canals, the canals are discoloured too.

These waterways are certainly still fishable, but sight fishing will be tough and using bait like a shrimp, worm or scented soft-bait may be a good option.

The Waitaki River remains at unfavourable levels while all the excess water in the upper catchment is generated through the Waitaki Dam. In high flows the areas around Kurow are generally more manageable while downstream the unstable riverbed and formidable flows makes fishing a big challenge when flows exceed about 400 cumecs.

Months of spilling from Lake Tekapo to the Tekapo River has now ceased as Genesis has completed major maintenance tasks and lake levels are now manageable.

This means the Tekapo River will be well worth fishing for the remainder of the season until closing day on 30 April.

The spill flows will have helped to manage nuisance levels of didymo and algae, and we anticipate the river will be in excellent condition for the remainder of the season.

The end of spilling means Fish & Game will be working in with Genesis to relocate fish that became stranded when spill flows ceased. This will give us an opportunity to tag and release trout into the Tekapo Canal in the coming week – many of these fish will be caught within a few days of their release.

Please do report the capture of any tagged fish – most importantly report the 4-digit tag number. Here is a video from a recent fish salvage and tagging to explain the tagging project.

Sea run salmon anglers are reminded to note whether the sea run salmon they keep are fin clipped or not – this is one of the pieces of information you must record on your season bag limit card when fishing the Central South Island and North Canterbury Regions. 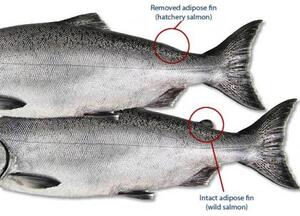 Fin clipping, meaning the removal of the adipose fin, is the way the volunteer-run salmon hatcheries mark their fish to distinguish them from wild reared fish.

It is important to know how many fin clipped fish get caught by anglers to measure the contribution the hatchery-raised salmon make to the total season’s sea run salmon catch.

Fin clipping is also used to identify if hatchery-raised fish are straying into the headwater spawning streams of wild salmon.

On Tuesday this week 15 volunteers fin clipped 6,000 juvenile salmon at McKinnon’s Creek hatchery. These fish were hatched in late-autumn 2021 and will be released in early winter 2022 at just over 1-year old. The fish are released into McKinnon’s Creek at the hatchery, located just a few kilometres from the mouth of the Rangitata River.

500 of these salmon will be used to develop fish-health testing methods to be used to monitor the new Rangitata Diversion Race fish screen that is currently under construction. 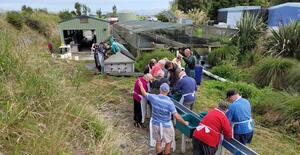 Boffamiskall/ LINZ advise that aerial and boat based aquatic weed spraying is scheduled to be carried out at Lake Benmore on Thursday 3rd March (may be delayed due to weather).

The targeted sites are the Ahuriri River delta, Ahuriri Arm and The Neck.

LINZ recommend a 24-hour stand-down on swimming, fishing or taking water for irrigation or domestic supply once the spraying is complete.

If you have any questions in relation to this work, please feel free to call us on 0800 638 943 or keep up to date with treatment progress nearer to the time on the LINZ website.