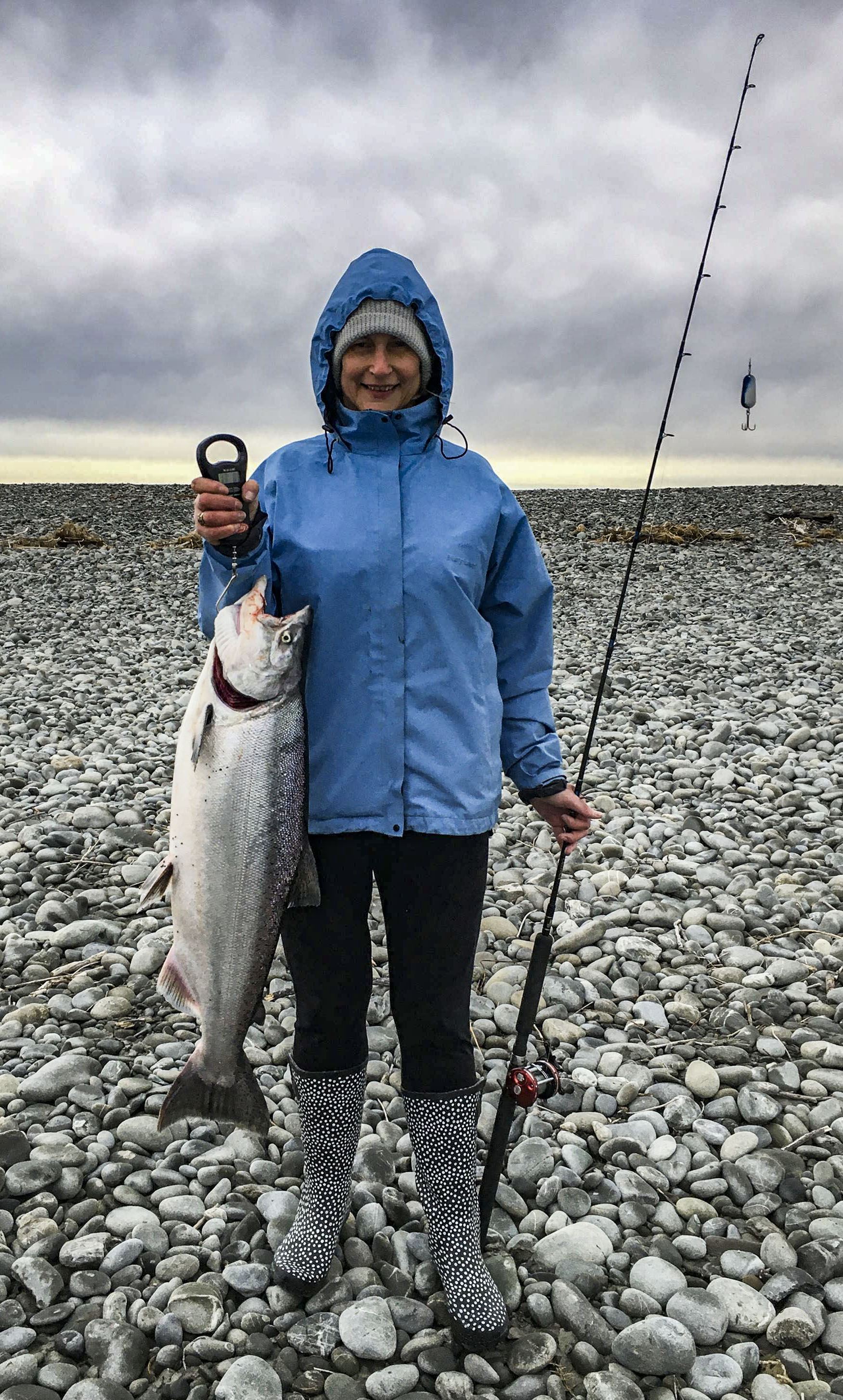 Beginners luck paid off for Rolleston women Vicky Van Der Zwet when she caught her first ever salmon over the weekend.

Vicky caught  this perfectly conditioned fish in the lagoon near the Rakaia River mouth on Saturday night.

There have been a few salmon sighted in the lower Rakaia River recently and it's great to see these early salmon have fed well at sea and are in great condition.

With more and more kiwis traveling around New Zealand this summer, the opportunity is there for more kiwis to try a bit of salmon fishing.

The big South Island East Coast rivers of the Waimakariri, Rakaia, Rangitata and Waitaki have long been the focus of annual pilgrimages for many anglers chasing those sleek silver bullets called salmon.

This year the salmon season runs from October 1 2020 until March 31 2021, and anglers are allowed to catch one fish per day.

Whilst the big rivers do consistently well, don’t forget the likes of the Wairau, Hurunui, and Waiau Uwha which also have significant salmon runs.