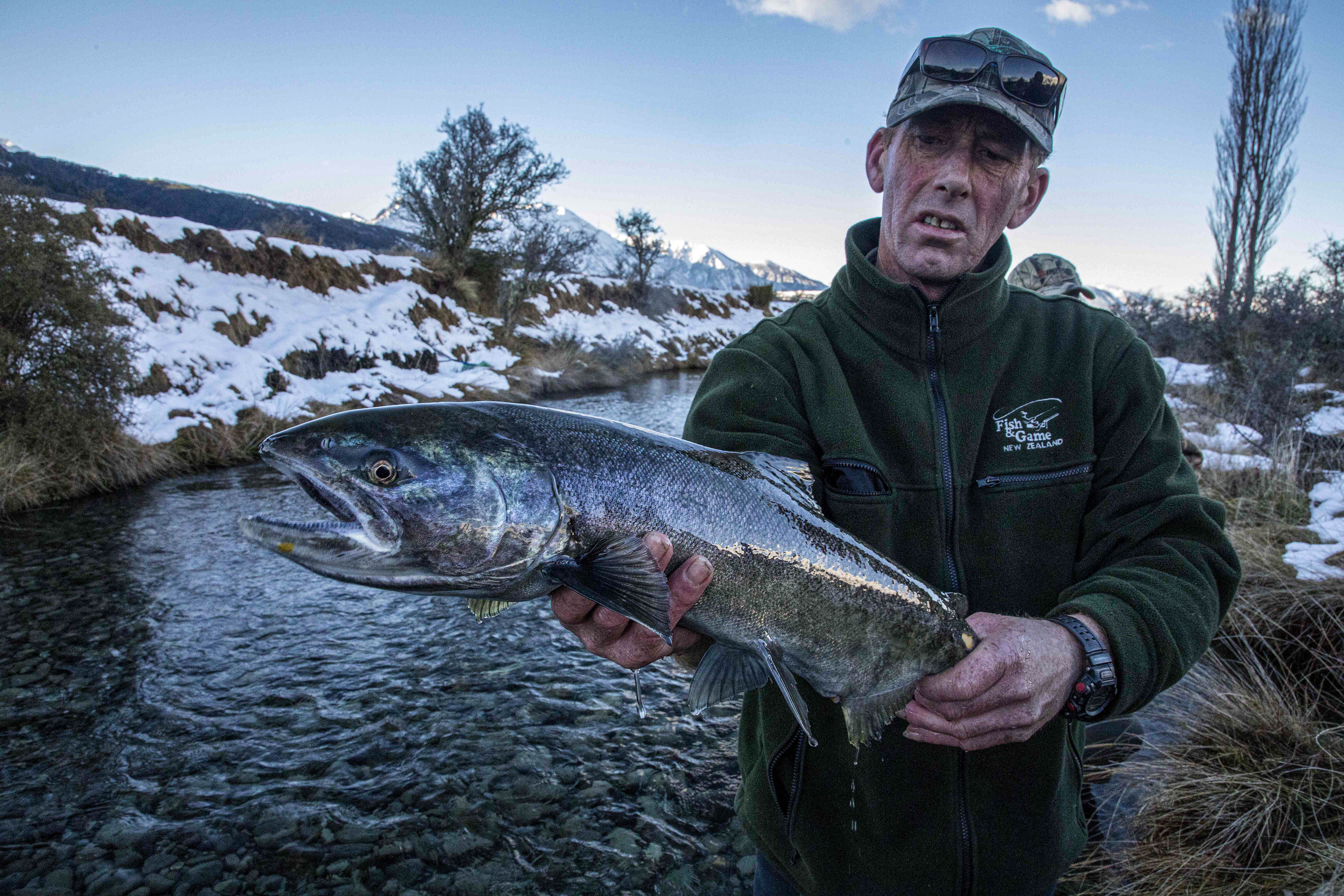 Faced with continual decline in the sea run salmon fishery, the two Canterbury Fish & Game regions have voted this week to align most of their salmon regulations.

For the first time daily bag limits for salmon along the Canterbury coast will be the same, as will the fishing season length for salmon.

Above right: More of this, both Fish & Game councils on the Canterbury coast have aligned their rules so that more salmon can reach their spawning grounds in the Canterbury High Country in order to boost salmon populations.

Whilst there are many factors which are impacting the sea run salmon population (climate change, water abstraction, ineffective fish screens, ocean temperatures), the goal of aligning the fishing regulations is to increase the number of wild salmon reaching the spawning grounds.

North Canterbury Fish & Game Chairman Alan Strong says “whilst there are a number of factors affecting salmon survival, the most effective tool we have to address the crisis is to limit angler harvest.”

Changing the daily bag limit to one fish a day is designed to increase the numbers of salmon reaching the spawning streams by 10-20%.

“We will however be increasing our efforts in advocating for our sports fish with regional councils so that factors like ineffective fish screens can be fixed”.

“The burden of restoring the salmon fishery cannot be borne by anglers alone, so we will be challenging ECan to be doing its job, especially around compliance!” Strong says.

Central South Island Fish and Game Chief Executive Jay Graybill says “Fish & Game has worked for decades and continues to work on aspects critical to the sustainability of the salmon fishery including: by-catch of salmon at sea, the loss of juvenile salmon to irrigation and water takes, the enhancement of spawning habitat and the supplementation of the wild fishery with hatchery releases”.

“Together with our colleagues at North Canterbury Fish & Game we are developing an innovative management strategy for salmon that will allow anglers to see what the state of the salmon fishery is, and when regulation changes will kick in”.

“The strategy will update yearly based on rolling average of spawning return counts.

Modelling we have done has shown if we had enacted this strategy 20 years ago the numbers of fish returning would have been much higher that we have currently”.

Using this plan will allow in times of abundance that we can increase angler harvest sustainably.

The plan includes the concept of a season bag limit, a technique used overseas with success.

Strong says “We have to play the long game with salmon, our changes won’t cause an overnight turnaround but it’s a bit like compounding interest, the longer we do this the more benefit there will be for anglers”.