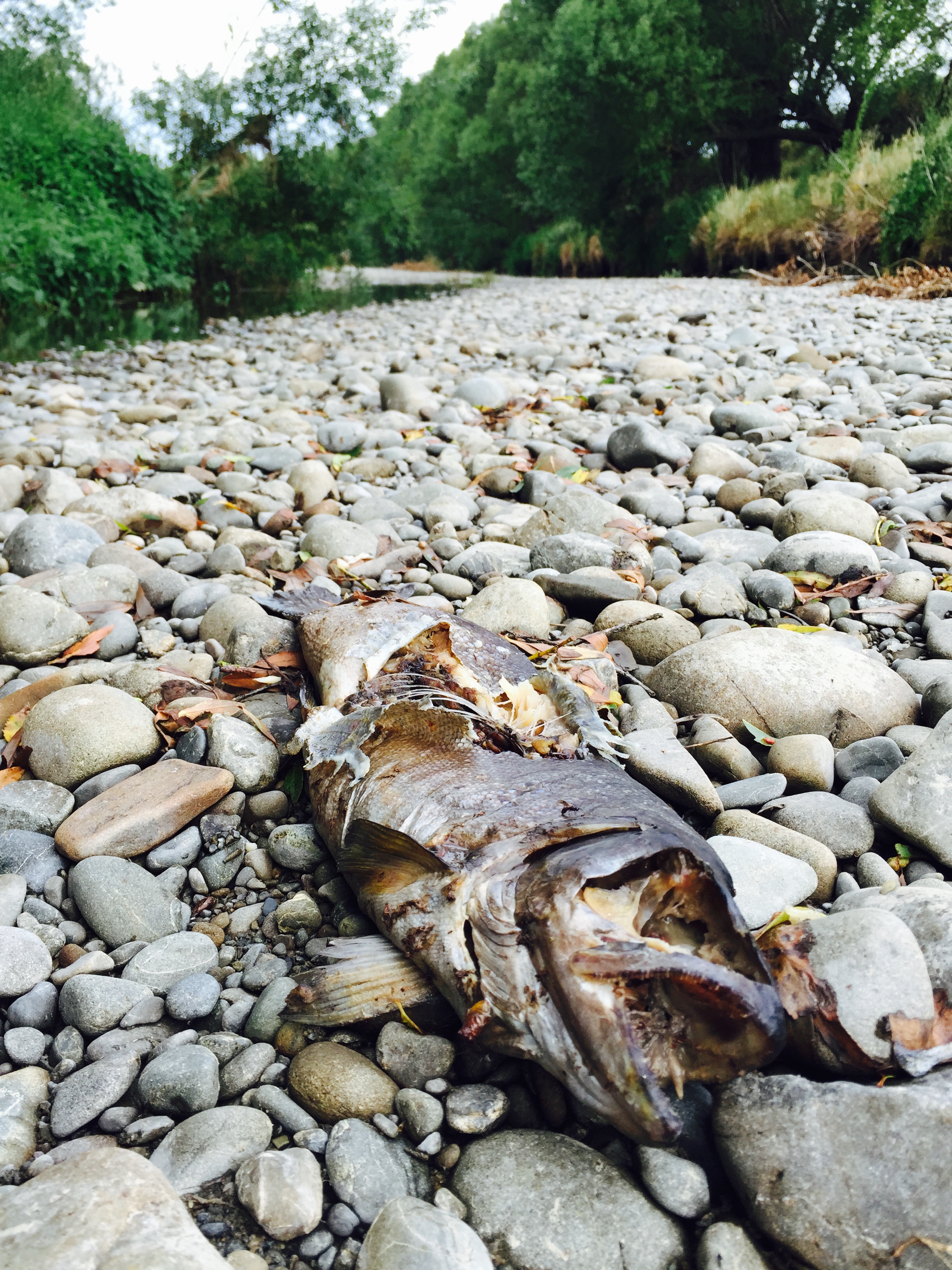 The Prime Minister is being urged to listen to his own science advisor and show strong leadership by protecting New Zealand’s fresh water from unthinking development and exploitation.

Chief Science Advisor Professor Sir Peter Gluckman has just issued a wide-ranging report on the state of the country’s fresh water in which he warns some waterways have already gone beyond the tipping point and changes could be irreversible.

Right: Too late for this trout.

“Sir Peter’s analysis is deeply disturbing and it is shameful the prime minister’s own science advisor concludes some waterways are now so badly degraded, the damage is irreversible.

“It just shows just how bad the situation is.  This is yet another wake-up call and the public should be concerned by Sir Peter’s thorough and sobering analysis,” Mr Johnson says.

Bryce Johnson says the report shows the damage is extensive and widespread.

“Sir Peter is warning some waterways are already at tipping point and that it’s unrealistic to expect rapid restoration of water quality across the country.

“For other waterways, he says repairing the damage will take more than half a century.  This is deeply concerning.

“What the report provides is yet further confirmation the problem is now too big to ignore – it’s now at the stage where it’s starting to seriously threaten our environmental, cultural and economic wellbeing.”

Bryce Johnson is calling on the Prime Minister to listen to his own scientific advisor.

“This government established the office of the Prime Minister’s Chief Science Advisor.  Sir Peter’s job is to provide clear, unvarnished analysis of the scientific facts – he’s done that and the challenge now is for Mr English to actually listen to what Sir Peter is saying.

“It’s time for the Prime Minister to show strong leadership with decisive action and long term commitment.  This won’t please everybody – we can’t pretend and it will be easy but it is very necessary and well overdue.

“Sir Peter’s report may be unpalatable for Mr English, but if he fails to acknowledge the call for action, then he is turning the Office of Chief Science Advisor into a toothless tiger. New Zealand deserves better than that.

Mr Johnson says a good place to start is by taking up one of Sir Peter’s key recommendations for better long term planning and strategy.

“I wholeheartedly support this recommendation.  For too long, New Zealand has bumbled along without thinking about the future and properly planning for coming generations,” Mr Johnson says.

“It is time to put this right by establishing a futures commission to plan our economic wellbeing within environmental limits.  Even better, call it the Commission For Future Generations and encourage young New Zealand to get involved.

“The government says it is concerned about young people not voting – here’s a chance to encourage the younger vote by giving them a chance to have a proper say in their own future,” Mr Johnson says.

“New Zealand has to abandon its present path of exploiting the environment and ruining it. Sadly unless there is immediate action, a ruined environment is the legacy our children and future generations will inherit from decades of unthinking abuse and exploitation of New Zealand’s freshwater,” says Mr Johnson.

“It is time to act and act decisively.”