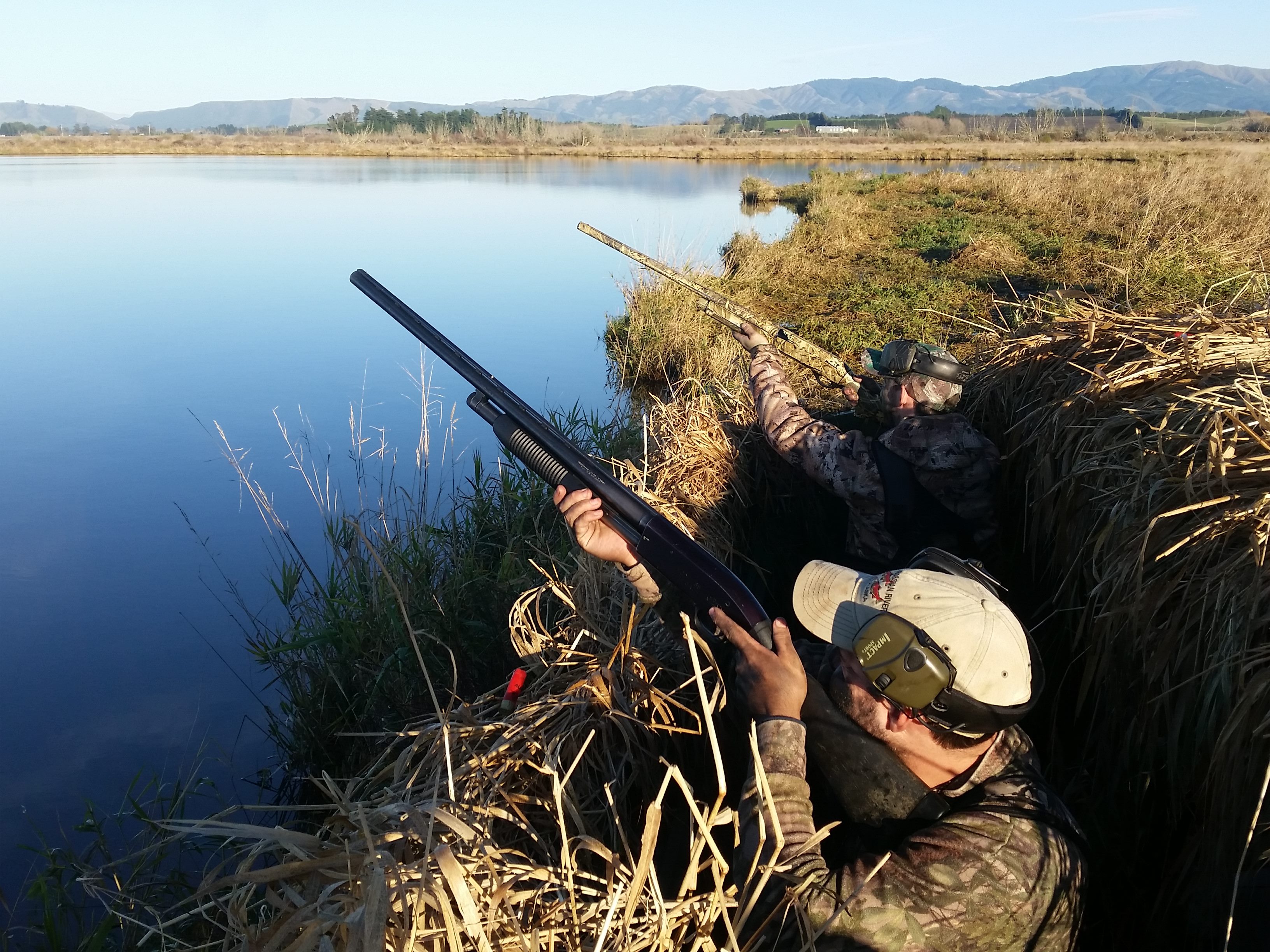 Many of us put the gun away after opening but there have been plenty of active hunters out and about, enjoying the mid part of the season.

Our telephone harvest survey tells us that about one-third of us go out for at least one hunt during the last weeks in May and over Queens Birthday weekend.

On average, hunters put about three hours of hunting effort into each outing and bagged seven mallard or greys for their efforts.

This is a harvest rate of over two birds per hour which translates as excellent hunting.

For Opening Weekend, the harvest rate was about 1.3 birds for every hour hunted.

This just goes to show that hunting can be far more successful throughout the season compared to opening, but as we all know, Opening Weekend is about so much more than how many birds make it to the dinner table! 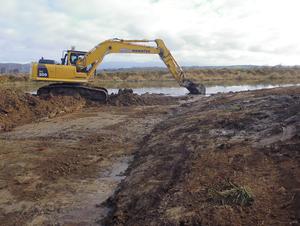 Excavating a sill between the dead arm and the wetland

Earthworks have been completed at Fish & Game’s Wainono Wetland Reserve to enhance the wetland and hunting values.

Sills have been installed between the dead arm and the Top Wetland and Maori Lake.

The sills now allow water to flow unimpeded into the wetlands during wet spells.

During dry spells, the sills provides a barrier to drainage which provides large areas of permanent shallow water.

This will improve the habitat for game birds and other species and provide more reliable water levels for hunters.

When it comes to cooking our game birds many Kiwis stick with what they know: roast it or plop in it the slow cooker.

There are many great ways to cook a game bird but one to consider is a pressure cooker.

Think of it as a way to get the most tender meat possible in only an hour or so.

That’s right, more tender than the slow cooker can achieve in eight hours.

And you can chuck your veggies in too and make a gravy out of the liquid.

It is common for the meat to just melt of the bone as you lift it out of the cooker.

For this reason, it’s a great way to prepare meat for sandwiches, duck pies or  wontons.

A quick Google revealed they're available at a decent size for about $80, with some of the more elaborate digital models up above the $200 mark.

The main game bird season finishes up in the Central South Island Region on Sunday, July 29.

That date will roll around before you realise it.

So, make some plans and get out an enjoy our superb game bird hunting while you can.

If we get some wet weather keep an eye on flooded paddocks as the ducks will feast on drowned worms during winter and flock to these spots.