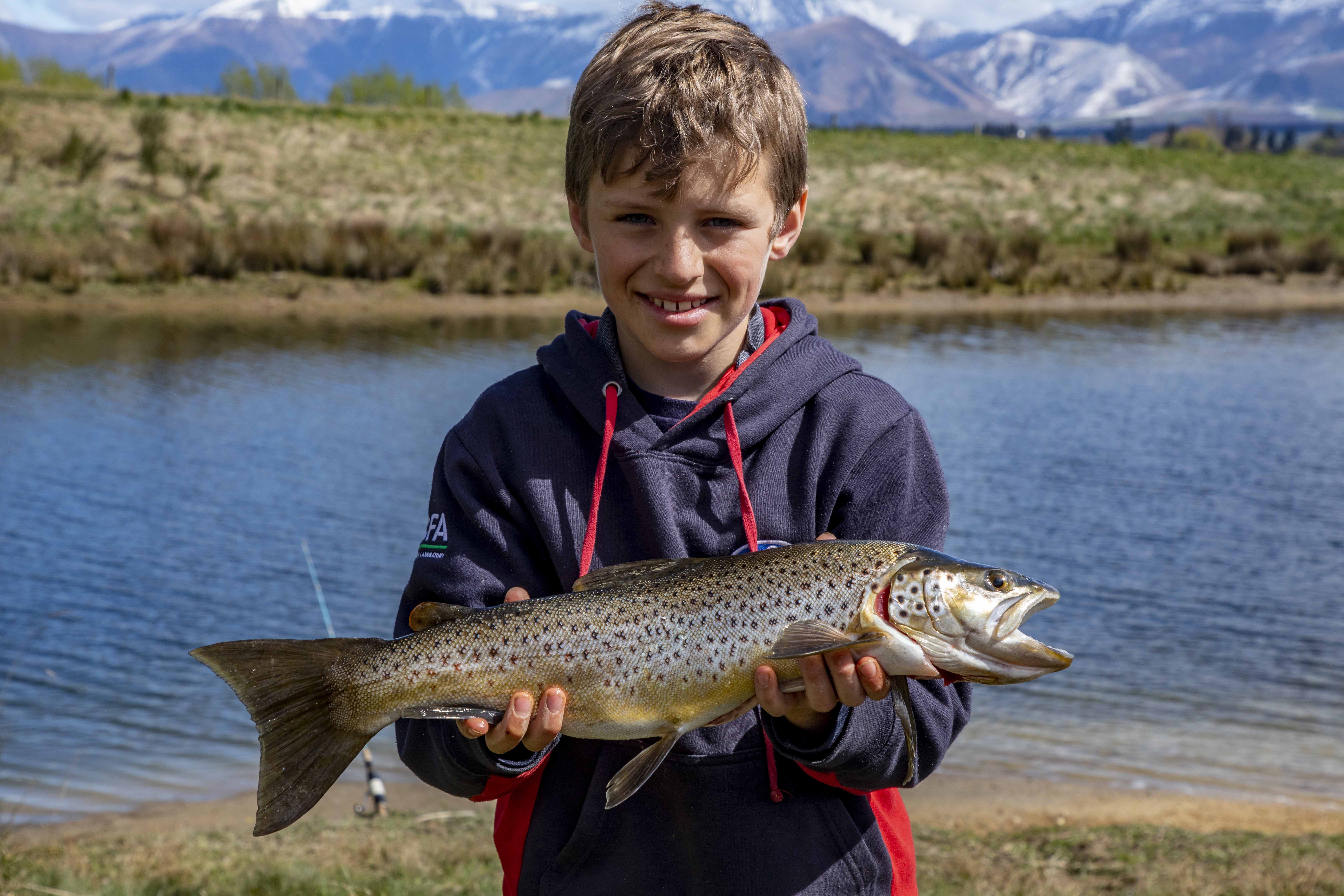 The new season starts on Thursday the 1st of October!

Purchased your new 2020-2021 licence here and reconnect with “your” river or lake.

The new season starts smack-bang in the middle of the school holidays so take the time to teach a young-one the joys of fishing, it’s so worth it.

The month of October can offer some of the best fishing of the season in our lowland waterways.

Top spots in October include Lake Opuha, the Opihi River and tributaries and the Waitaki River.

Add to that it’s a great time to fish lake margins in large Waitaki and Mackenzie Country lakes like Tekapo, Benmore and Waitaki.

If you needed another option the Mackenzie Country canals fish well in October If you are after a salmon or fat trout for dinner.

Of note, the start of the sea-run salmon season has returned to October 1.

This year it all kicks off on Saturday the 7th of November.

South Canterbury folk have a public holiday to enjoy on Monday the 28th of September, a favourite day to head out for a fish at our year-round fisheries like the canals, Lake Tekapo and Lake Aviemore.

The Spring Season, a new and one-of-a-kind fishing initiative on the upper Ohau River, near Twizel, proved successful in its first year.

The second Spring Season kicked off on the 1st of September 2020 and despite the snow and frigid conditions, 36 anglers were checked on and surveyed by one of our rangers.

The river is open in October too, and will be worth fishing, especially early in the month.

Fishing the upper Ohau River is not for the faint-hearted, mobility impaired or anyone who has a strong aversion to didymo.

But, if you want to catch a canal trout in a river, well away from the salmon farms and uniform riparian aesthetics, this might be for you.

A precautionary approach to the anticipated rise in popularity of this Spring Season means the Upper Ohau River will not be open in September 2021.

This closure will give CSI staff time to assess regulations that maintain the angling experience and sustainability of this unique fishery.

The 2019 Spring Season survey report can be found here.

Keep an eye out for tagged trout in the Tekapo Canal.

If you catch a tagged trout please get in touch and let us know the unique four-digit tag number, location, whether it was kept of release and an estimate of size.

Thanks to those anglers that have reported catching tagged trout recently

Most tagged trout have been caught within a few hundred metres of the release site – the upper most bridge on the Tekapo Canal and a only a small number have been caught at the Magic Carpet and down by the salmon farms.

The upper section of the Tekapo Canal will be closed from June to August in 2021.

Click here to read the angler use and catch report from the upper Tekapo Canal during the 2019 winter season.

Here’s our ‘Quick 5’ tips for handling fish with care:

Posted in Reel Life; Posted 16 months ago by Richie Cosgrove