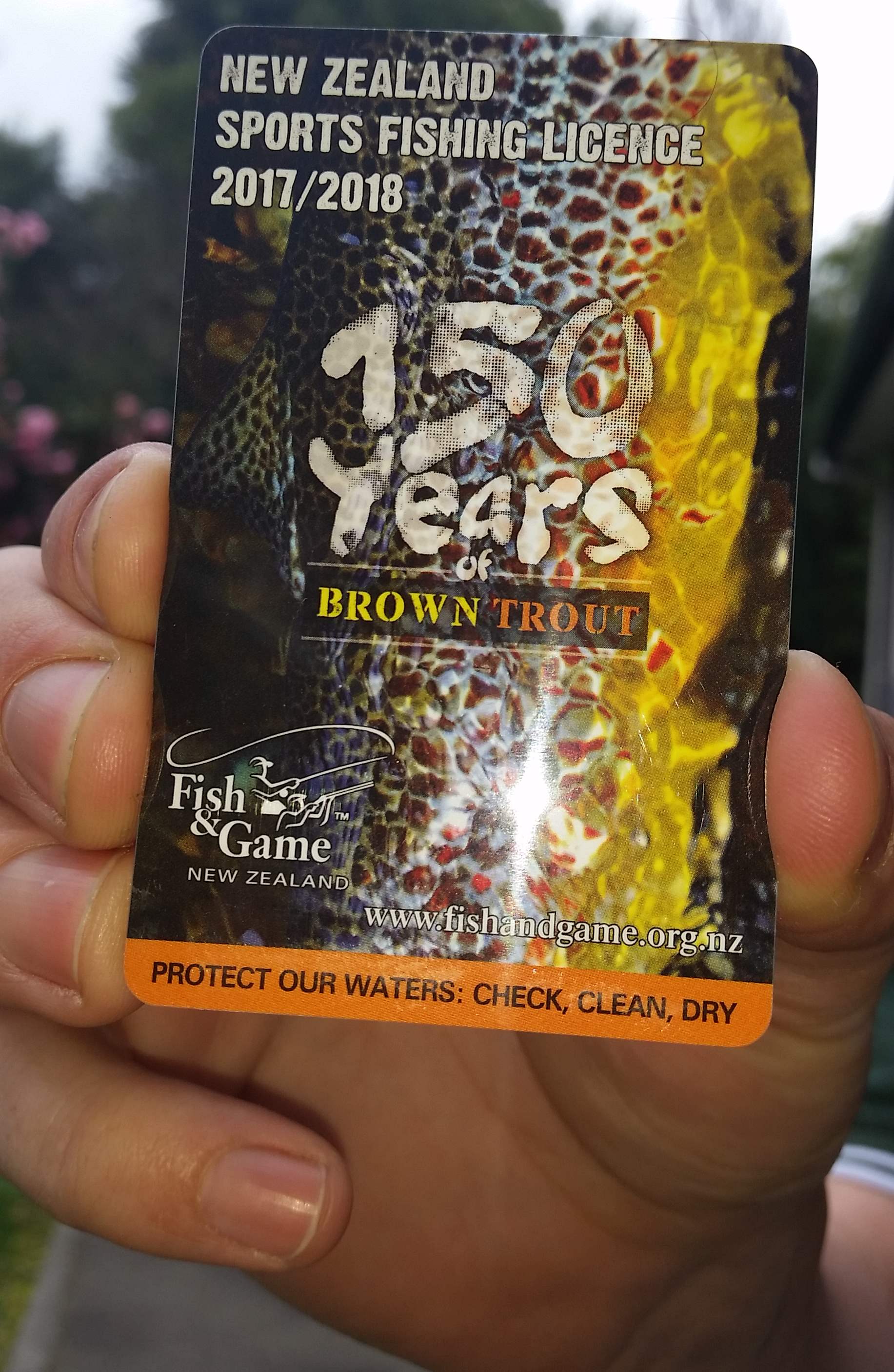 It's an exciting time for many anglers as the new sports fishing season opens.

For those new to sports fishing, October 1 marks the opening of the new season, and the expiry of your 2016-2017 licence.

So if you haven’t got your new licence yet pop onto our website here and grab one, or head down to your local sports shop and grab one along with some tackle.

It's been a relatively wet winter in the region and river flows should be healthy for opening day and the river beds nicely cleaned up by high flows.

We did bear the brunt of a very wet storm back on July 21 so don’t be surprised if your local river looks a bit different than last year as some gravel is likely to have moved around, old pools filled-in and new pools created, with vegetation blasted down river.

During this event most low country rivers between the Kakanui and the Ashburton exceeded their mean annual flood flows, and a few like the Opihi River tried to break their high flow records.

Before heading out on Opening Day it will pay to do two things: check your 2017-2018 regulation guide by clicking here to ensure your heading to open water (many CSI waters remain closed until high country opening on  November 4.)

Secondly check the Environment Canterbury river flows website here to see if any rain has put the rivers up.

Left: The result of stocking Lake Tekapo with juvenile salmon.

For Lake Tekapo, the daily bag limit for salmon has increased and is now at a maximum of four fish.

The total daily bag limit of six sports fish remains unchanged, with a maximum of four trout also the same.

The regulation change has enabled anglers to further make use of the ‘put n take’ salmon fishery at Lake Tekapo that's been established over the past six years through stocking the lake with juvenile salmon gifted by salmon farms.

If you’re keen to try your luck at hooking a Lake Tekapo salmon, October's a great month to have a crack from the shore as lake levels are low and deep water drops-offs are more accessible.

This year the Central South Island & North Canterbury regions will be hosting a Salmon Symposium at Hotel Ashburton for anglers and other interested parties.

We will have a range of topics and experts to talk on them during the the two day symposium set down for November 11 and 12.

We will soon be launching an online registration page on the Fish & Game website for those who want to attend.

In the CSI Region we have a team of 22 warranted rangers, including four who are Fish & Game staff.

The annual goal of the ranging team is to check at least 1,300 of our licenceholders with a focus on the popular fisheries of the Mackenzie basin and Waitaki Catchment.

Over the 2016-2017 season we checked nearly 1,500 anglers. The bulk of the checks occurred at the incredibly popular Mackenzie Basin Canals.

With the new season about to kick off, our ranging team held an organised training/ranging weekend to freshen up their skills.

It was held in Twizel and involved two mornings of ranging and a training session.

Around 100 anglers were checked on the canals over the weekend and as a result, five offenders are being processed and face the likely outcome of a hefty fine, criminal conviction or both.

If you enjoy reading this Reel Life email newsletter and would like more frequent updates and reports, we encourage you to sign up to the Central South Island and North Canterbury Weekly reports.

The reports which are published through the entire summer fishing season hit your inbox on Friday afternoons just in time for the weekend's activities.

Good luck for the start of the new season!