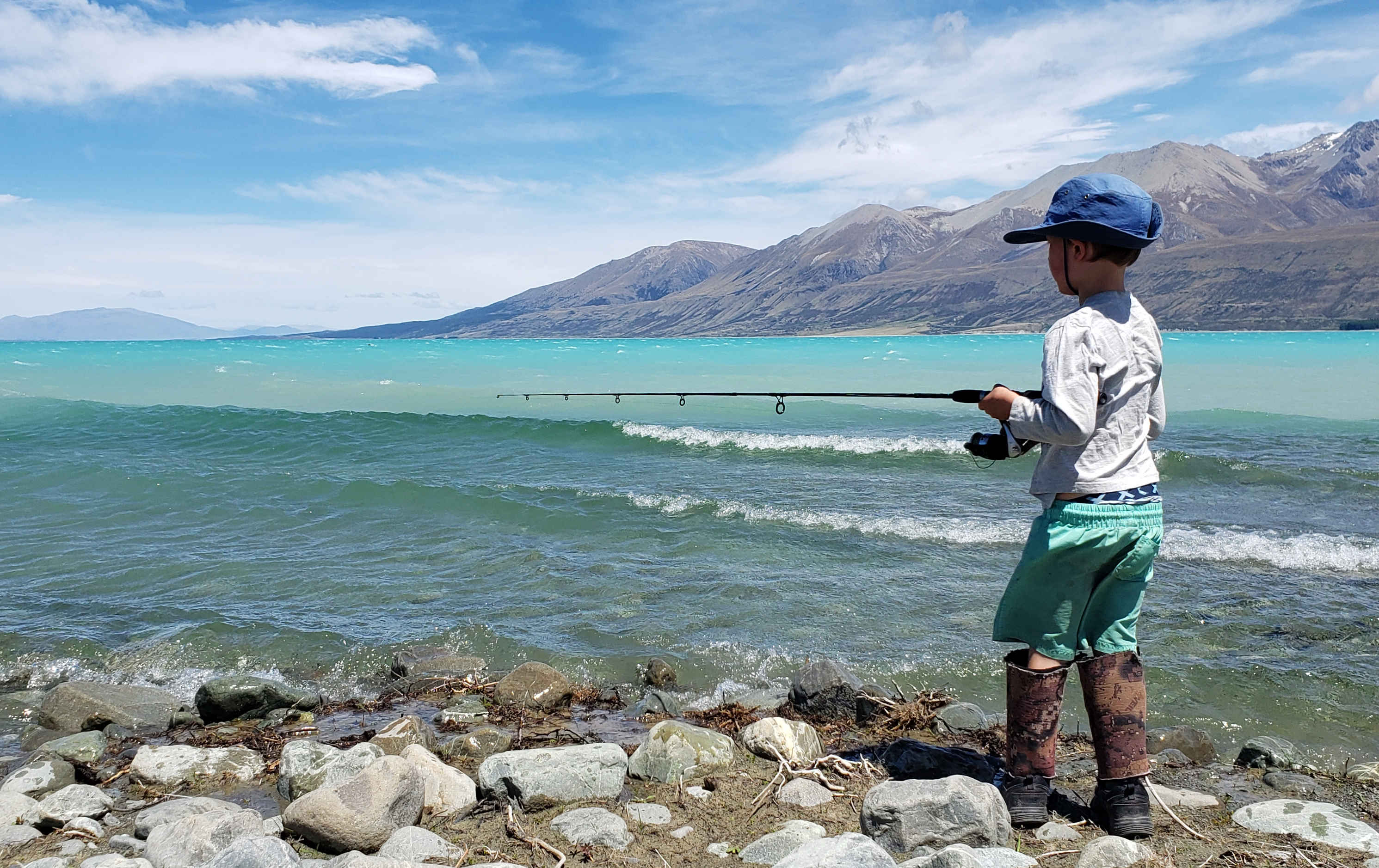 The fishing season has been awesome so far with so many anglers getting out and enjoying the countries most popular and secret waterways.

We truly have some of the best trout fisheries in the world right in our backyard and it’s great to see a resurgence in the popularity of freshwater fishing this October and November!

Don’t miss out on the action yourself and click here to buy your licence online and learn more about what licence suits you best.

Alternatively, pop down to your local fishing shop and buy one while you are picking up some new tackle.

If you’re still deciding where to fish or are new to the CSI region, our “fishing locations and access” info may steer you in the right direction.

Above: Evan Adams tries his luck at a stream mouth on Lake Pukaki-Credit Rhys Adams.

The Ahuriri River and lagoons (tarns) upstream of its Longslip Creek tributary open on the first Saturday in December (5th) – that is the section of river accessible from Birchwood Road.

This fishery is a favourite of non-resident anglers, over half of the anglers that fish there are foreigners.

With our international borders closed due to Covid-19, it may be better described as a locals oasis this coming season. 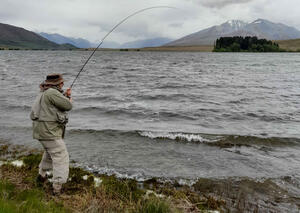 Fishing the “surf” is the go for early season salmon fishing.

Head down to your favourite river mouth and use a ticer lure of a weight heavy enough for a long cast out past the waves.

Spend time fishing where the river and seawater mix and wind back at a moderate speed.

Bear in mind, in recent seasons our sea-run salmon numbers returning to spawn have been poor and we are asking anglers to voluntarily limit their total sea-run salmon harvest this season to four or less as a conservation-minded approach to ensuring more salmon make it to the spawning grounds.

Thanks to those anglers that have reported catching tagged trout last month, we have 4 new reports since Reel Life October.

If you caught one a while back and forgot to report it - do not hesitate to get in touch – every report counts.

Most of the tagged fish have been caught right up the top-end of the Tekapo Canal by the Power Station – very close to where we released them.

They are not growing very fast as you may expect in the canal and are all about the same size as when we tagged them back in winter 1.5-4 pounds.

All going to plan, we will release more tagged trout in the Tekapo Canal just prior to Christmas, and this time we plan to put them down by the salmon farm. 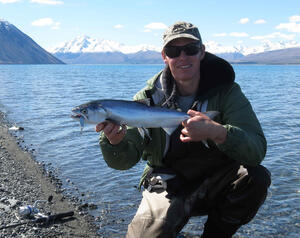 The Tekapo ‘put n take’ salmon fishery has been reinvigorated.

Mount Cook Alpine Salmon kindly gifted 50,000 smolt to anglers which were released by CSI Fish & Game into the lake in November.

Pencil in the spring and summer of 2022 for some great salmon fishing action on Lake Tekapo.

Invasive aquatic organisms are scattered around New Zealand’s waterways, let’s do our bit to stop them spreading any further.

For example, lakes Benmore and Aviemore have an infestation the aquatic weed Lagarosiphon major (oxygen weed) and there is a huge cost to keep it at suppressed levels.

Over one million dollars gets spent each year to control Lagarosiphon in Benmore and Aviemore for the benefit of recreational users, biodiversity and power generation.

Let’s do our bit to make sure Lagarosiphon doesn’t get transferred to our other iconic lakes like Ohau, Pukaki and Tekapo.

There are other nasties out there too, and the only way to ensure none are spread around is to always check, clean and dry before going to a new waterway.

This helpful Check Clean Dry pocket guide gives you great information on how clean all types of equipment.

The Annual Public Meeting (APM) of the Central South Island Fish and Game Council will be held on Thursday 3rd December at 7:30 pm at Council’s Boardroom, 32 Richard Pearse Drive, Temuka.

Anglers and hunters are welcome to attend.

Posted in Reel Life; Posted 20 months ago by Richie Cosgrove