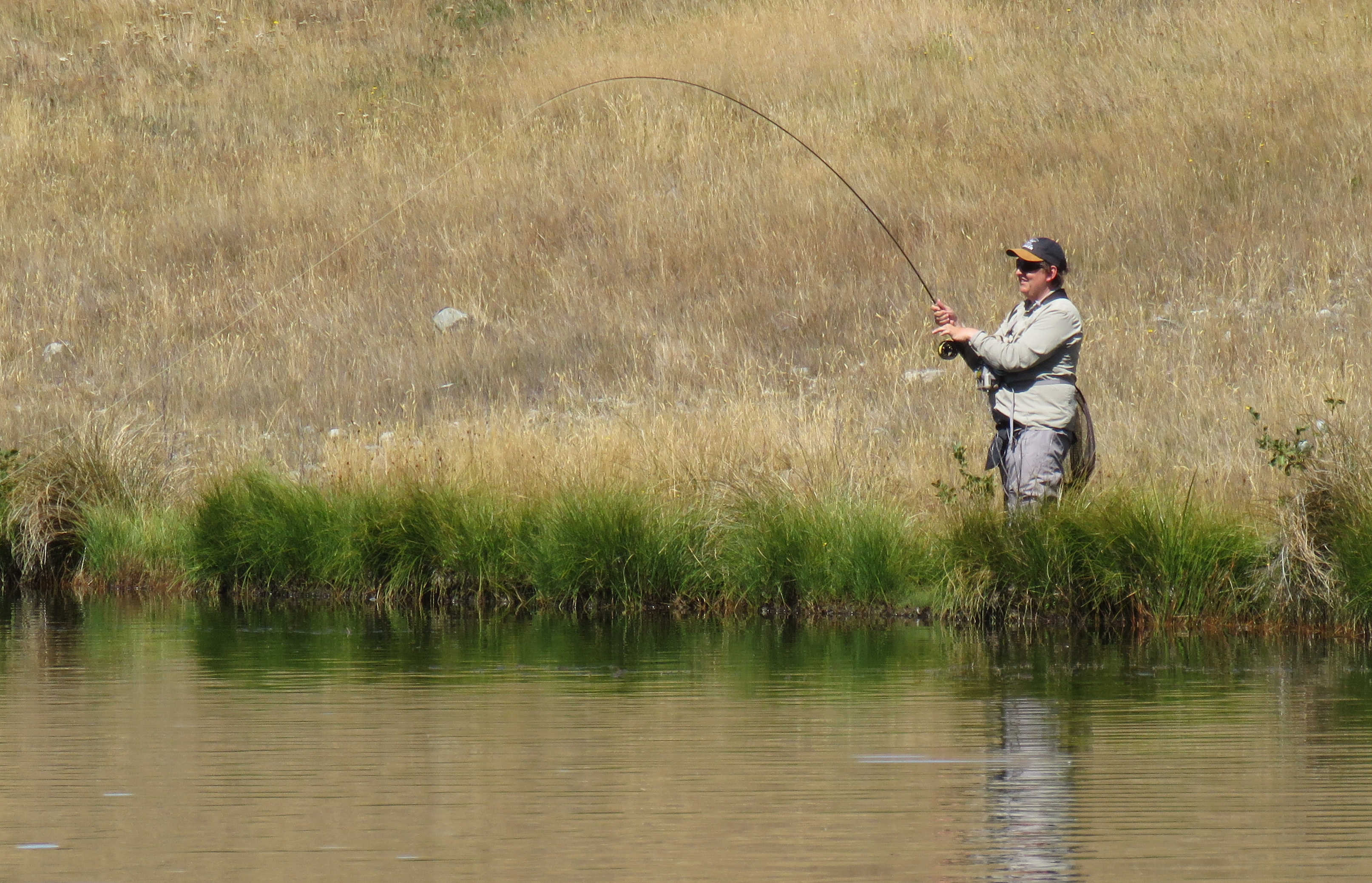 Many of our waters close for spawning at the end of April, so don’t delay get out on the water and make hay.

If you are an angler always short of time, then the Easter and ANZAC holidays should be locked in the calendar as fishing focused dates.

Above Right: Make the most of the opportunities to put a bend in your rod before the end of April.

As the days shorten and nights grow longer the water cools and the canals come into their own with April heralding the start of the “main season” at the canals for many anglers.

Canal flows increase to match spikes in power generation when heat-pumps run hot on frosty mornings and with it, egg rolling becomes the favoured way to fish the canals.

If the big old browns aren’t sipping mayflies off the surface and refuse your #16 pheasant tail nymph then be sure to try swinging a spinner or large streamer fly past their snouts to initiate an aggressive response!

If you are looking for a new spot to fish during April then check out our “fishing locations and access” information here.

And brush up on your regulations here by reading the online version of the 2020-2021 regulation guide.

Between July 2020 and February 2021, we have released around 650 tagged trout in the Tekapo Canal.

Click here to check out this video that explains the project.

In late February, Elliot Gilchrist caught a tagged trout in the Tekapo Canal at the salmon farms and its unique four-digit tag number revealed that it had been relocated from the Tekapo Spillway to the top end of the Tekapo Canal back on July 22, 2020. 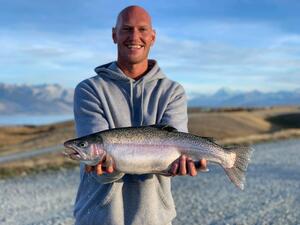 Elliot Gilchrist caught this tagged rainbow trout that doubled its weight in just seven months in the Tekapo Canal.

The unique aspect of this catch is the trout’s extreme growth experienced over the 220 days or approximately 7 months between tagging and recapture.

To put that in perspective it was first measured as a mature adult trout of approximately three and a half pounds in July and was weighed at just shy of eight pounds and in great condition just seven months later — almost doubling its weight.

All other tag reports from the Tekapo canal this year, mostly from the top end of the canals away from the salmon farms, had shown little or no evidence that the fish had grown.

So, what is the maximum size an adult trout originating from Lake Tekapo can reach in the Tekapo Canal after successfully migrating down the spillway?

Keep reporting your tagged fish catches and we might just find out.

March 31 marks the end of the sea-run salmon fishing season in the Central South Island Region.

If you get this newsletter in March, you may just have a few days of the season up your sleeve.

Those last few days just might produce the goods, especially at the Waitaki River as the locals favour the “last 10 days of the season” as the most productive fishing period.

In the coming months, we will be undertaking annual surveys to estimates the size of the salmon run.

Expect to receive an email or phone call from us to gather your salmon harvest results. Thank you in advance for participating in this survey.

Early Indications are that like the last three years, the 2020/21 salmon runs were relatively small. 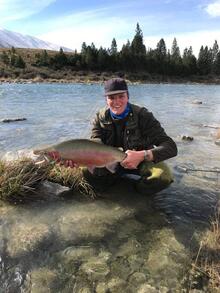 Hamish Stevens and his 'run of the mill' upper Ohau Rainbow trout.

Over September and October 2020 hundreds of anglers enjoyed exploring the “Spring Season”, one of the newest and most exciting trout fishing seasons on the planet.

The future “look” of the season is now under review and will be decided at the May 2021 meeting of the CSI Fish & Game Council.

One thing that is confirmed though, is there is no September 2021 open season on the upper Ohau River.

The Spring Season opening date for 2021 is to be decided this May.

Posted in Reel Life; Posted 16 months ago by Default Admin