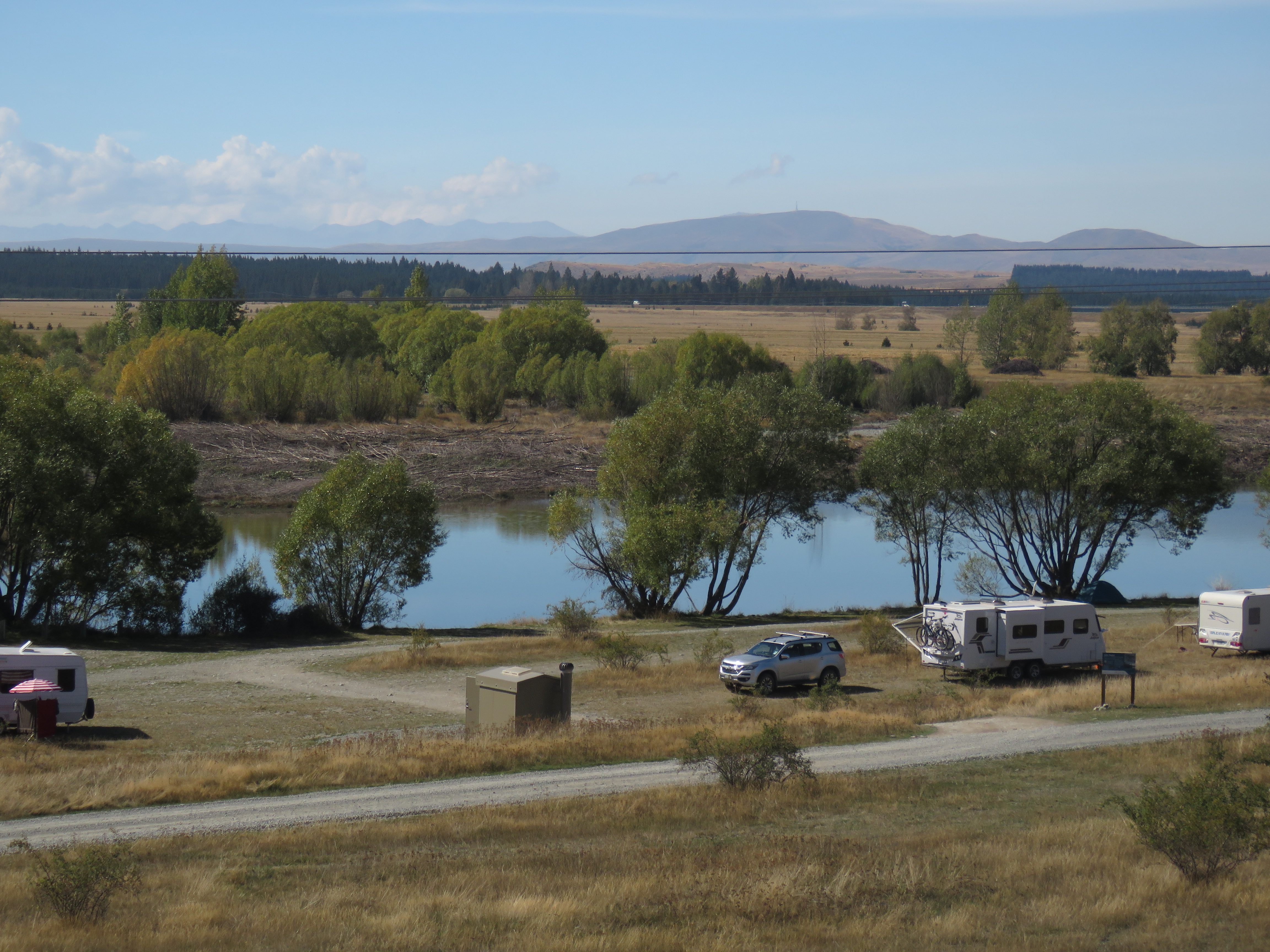 Make the most of April as the last month of the summer season and get on the water.

If you’re an angler always short of time, then the Easter and ANZAC holidays should be set in the calendar as fishing focused.

For many anglers, April marks the start of the ‘main season’ at the canals.

As the days get shorter and colder and power demand increases, the canals flow more often to feed the power stations.

Increased flows combined that with colder water and aggressive pre-spawning trout means you can expect some excellent fishing.

The same goes for the big old browns in pre-spawning mode in our river systems.

If they’re not sipping on mayflies, try swinging a spinner or large streamer fly in front of an agro brown and hold on!

The joint project between DOC and Fish & Game, with support from ECan funding, has taken another step to improve angler access and wetland values at Lake Poaka near Twizel.

In March, 350 metres of previously sprayed nuisance alder and willow trees were felled to open up the wetland and the shoreline on the northern side of the lake.

The works will allow the vegetation to decompose quicker and in time will enable the wetland to return to a natural state more befitting of the Mackenzie Basin.

This work builds on the alder clearance work that was undertaken in the winter of 2018 which achieved the clearance of 900 metres of shoreline around the campsite area.

Lake Poaka has many values and includes one of the best campsites to base your Mackenzie Basin fishing trip.

Lake Poaka harbours some unique local wildlife like bignose galaxiid, and from an angler’s perspective it offers challenging fly fishing for brown and rainbow trout. 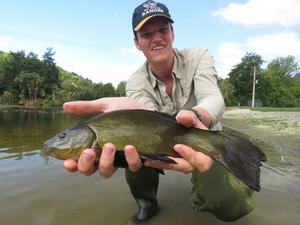 The lake is a designated coarse fishing water which means additional fishing methods and traditions can be used by anglers that are not permitted for traditional sports fishing.

We hope in future to link up with the coarse fishing community to share tips and knowledge that will enable any angler to try their luck at tench fishing.

In the coming months we will be undertaking an annual survey to provide estimates of the salmon run size.

Expect to receive an email or phone call from us to gather your salmon harvest results. Thanks in advance for participating in this survey.

We will also be undertaking annual spawning surveys which incorporate live fish counts in the key Rangitata River spawning tributaries.

We will also carry out redd (nests) counts in all major sea-run salmon spawning grounds from the Ashburton to the Waitaki River.

Early Indications are, that like the last two years, the salmon runs were relatively small.

A tagged rainbow with the yellow tag shown in the red circle.

Back in the winter of 2018 we tagged hundreds of brown and rainbow trout on their spawning migration from the Waitaki up the Hakataramea River.

These fish have been caught all throughout the Hakataramea and Waitaki rivers this season.

If you have a tag to report, please contact our office with the tag number, capture location, and tell us if you kept or released it.

Some of the bright yellow tags have been covered in a thin film of algae which has made them hard to detect at a glance.

The tags are a strip of yellow plastic which are positioned near the dorsal fin.