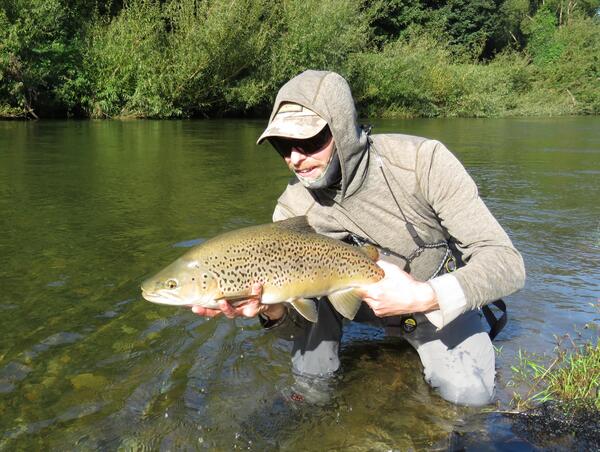 Great lowland river conditions and sea run salmon catches are some of the highlights to look forward to this March.

We have had such an unlucky run of cold and wet weather this summer that we must be due for a settled and mild March.

Fortunately, all that summer rain has left our waterways in excellent condition and some fantastic trout fishing has been enjoyed on receding flows in lowland rivers.

Improved sea run salmon catches have been encouraging to see this season at the Rangitata River and high flows for most of February will have offered plenty of opportunity for salmon to run and spread throughout the river.

The Waitaki River most often fishes best in March for sea run salmon and although little news has come from the Waitaki this season we can only hope to see improved fishing there this season like we have for the Rangitata.

The Waitaki River flows have been really high and difficult this year, often over under 500 cumecs, as massive amounts of water have been managed through the greater Waitaki Hydro Scheme.

The Waitaki fishes best under flows of 350 cumecs for jet boating, with many shoreline anglers preferring flows under 280 cumecs.

If you’re new to the Waitaki River we recommend checking out our Waitaki Access Guide here.

Be sure to familiarise yourself with the 2021/22 sea run salmon regulations for the Central South Island and North Canterbury Fish & Game Regions.

For sea run salmon waters, it’s not just a case of grabbing your licence and rod and heading down to the river anymore.

The season bag limit card must be carried with you while fishing sea run salmon waters if you have any intention to catch a sea run salmon or keep one incidentally caught while trout fishing.

All the information you need to know can be found at our website here including how to obtain your sea run salmon endorsement and season bag limit card, free of charge.

From late February to late March anglers fishing inflowing streams of our large hydro lakes of the Mackenzie Basin are likely to encounter hundreds, if not thousands of spawning sockeye salmon.

At times they can make trout fishing difficult as they can spook and disturb large stretches of river.

Lake Benmore tributaries have the most prolific runs of sockeye but they are also found in tributaries of Lake Ōhau and Pukaki. Occasionally, sockeye will spawn in tributaries of lakes Ruataniwha, Aviemore and Waitaki and the lower Waitaki River, this is usually on years where spill flows have occurred over the dams allowing high number to migrate downstream.

Anglers can target sockeye in rivers and stream up until 28 February only.

The most recent tag report came from Greg Downing’s catch of a tagged rainbow trout in the Hakataramea River during the summer holidays. 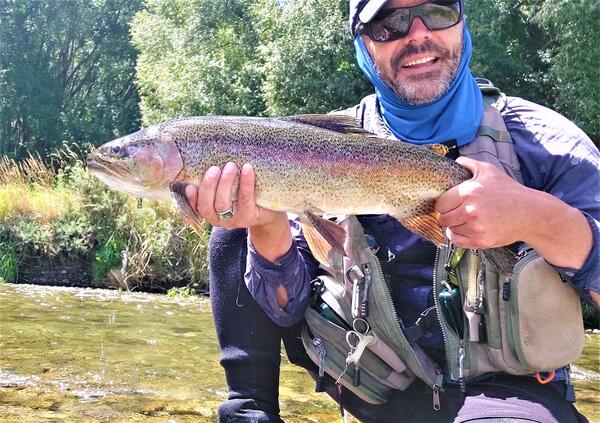 We tagged this trout in September 2018, during its spawning run from the Waitaki river up the Hakatamea River.

It was already a large, mature trout, about 5-pounds and estimated to be at least 4-years old when it was tagged. Getting caught over three years later in good condition and still about 5-pound, indicates this old trout has lived a good life and likely contributed to several spawns.

Keep up to date

Join 12,000 subscribers and sign-up to receive the most up-to-date fishing reports from the team at CSI Fish & Game via our ‘Weekly Fishing Report’ email newsletter.