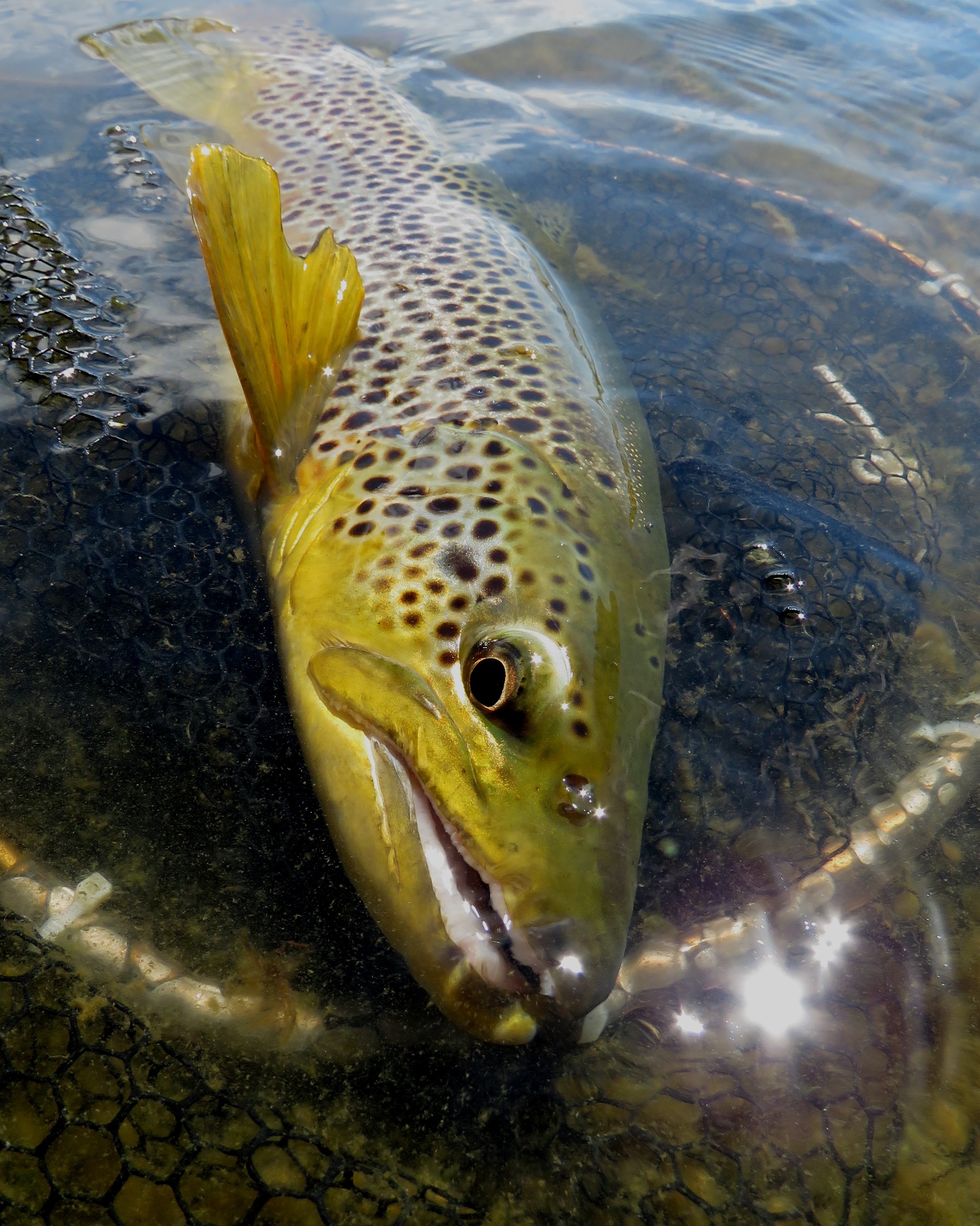 Get active, go fishing in March

March can be a brilliant month weather-wise, with mild and settled weather.

The message here is to get active and go fishing while there's still heaps of opportunity for boots ‘n shorts-style back country dry fly fishing and camping out in the high country.

Before too long, the autumn temperatures will really start to cool down.

March is the last month of the sea-run salmon season and often the best month to try your luck.

Salmon catches have been few and far between on all our rivers so hopeful anglers are banking on March to produce the goods.

Our wet spring and early summer have set us up for some great autumn trout fishing.

Some of our smaller lowland waterways could certainly do with a refresh in flows so we hope for rain for their sake.

In general, if you are willing to go looking, you will find some excellent trout fishing this March, it’s up to you.

The sockeye salmon population of the Waitaki lakes is the only self-sustaining population in the southern hemisphere.

In recent years they've thrived, and the spawning runs are now commonly encountered by trout anglers fishing throughout the Mackenzie Basin.

At times they can make trout fishing difficult by spooking and disturbing large stretches of river.

The sockeye spawning run is soon to peak in mid-March and the size of the run can fluctuate dramatically from year to year.

We estimated that nearly 39,000 salmon spawned with 32,000 of them within Lake Benmore tributaries.

While on their spawning runs, sockeye are protected by regulation 2.6.1 on page 34 of your sports fishing regulation guide which states: No licence holder shall – fish for sockeye salmon in any river or stream between 1 March and 30 April.

So, stick to the lakes if you want to catch them in March or April.

Waiting for a world record

Our search for confirmation of the catch of a 55-pound brown trout from the canals has come to a standstill as the angler wants to remain anonymous.

It is possible we will never discover the identity of the angler and the world record may not be claimed, but there's still a good chance we will get to see the fish.

Richard Hill at Oamaru Outdoors and Sports, who originally received news of the catch, is confident that if we leave the angler in peace, we will get to see the fish once taxidermy is completed.

This catch is too impressive to hide away on someone’s lounge wall so we should just respect the anglers wishes and wait patiently for them to produce evidence of the catch in their own time.

Thank you to all you anglers who've reported catching tagged trout over the summer period.

In total, anglers have now reported catching 23 tagged trout from the Waitaki and 16 from the Hakataramea River.

A tagged rainbow trout was caught at the mouth of the Waitaki in late January which means tagged fish have been caught throughout the entire lengths of the Waitaki and Hakataramea rivers.

We are yet to receive a report of a tagged trout being caught from any other Waitaki River tributaries like the Maerewhenua River or Waikakahi Stream.

If you have a tag to report, please contact our office with the tag number, capture location, and tell us if you kept or released it.

If you do fish the Haka or anywhere in the lower Waitaki River Catchment this season, please keep an eye out for these tagged trout.

On the right, a tagged rainbow with the yellow tag shown in the red circle.

Fish & Game Ranger Allan ‘Dizzy’ Gillespie reckons his traffic light streamer fly is a great one to use when you’re low on luck.

In fact, Dizzy’s mate was gifted a traffic light fly three years ago. Finally, at the end of his tether and fishless he tied it on. One cast later and he had landed a rainbow. 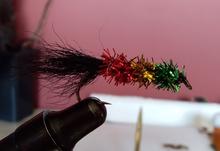 Dizzy recommends the fly for deep trolling during the summer months or fly fished with a sinking line around river mouth drop-offs in our big lakes, like the Hopkins mouth on Lake Ohau.

They are easy to tie too, just green, yellow and red tinsel and a tail. You won’t find these at your local tackle shop, yet.