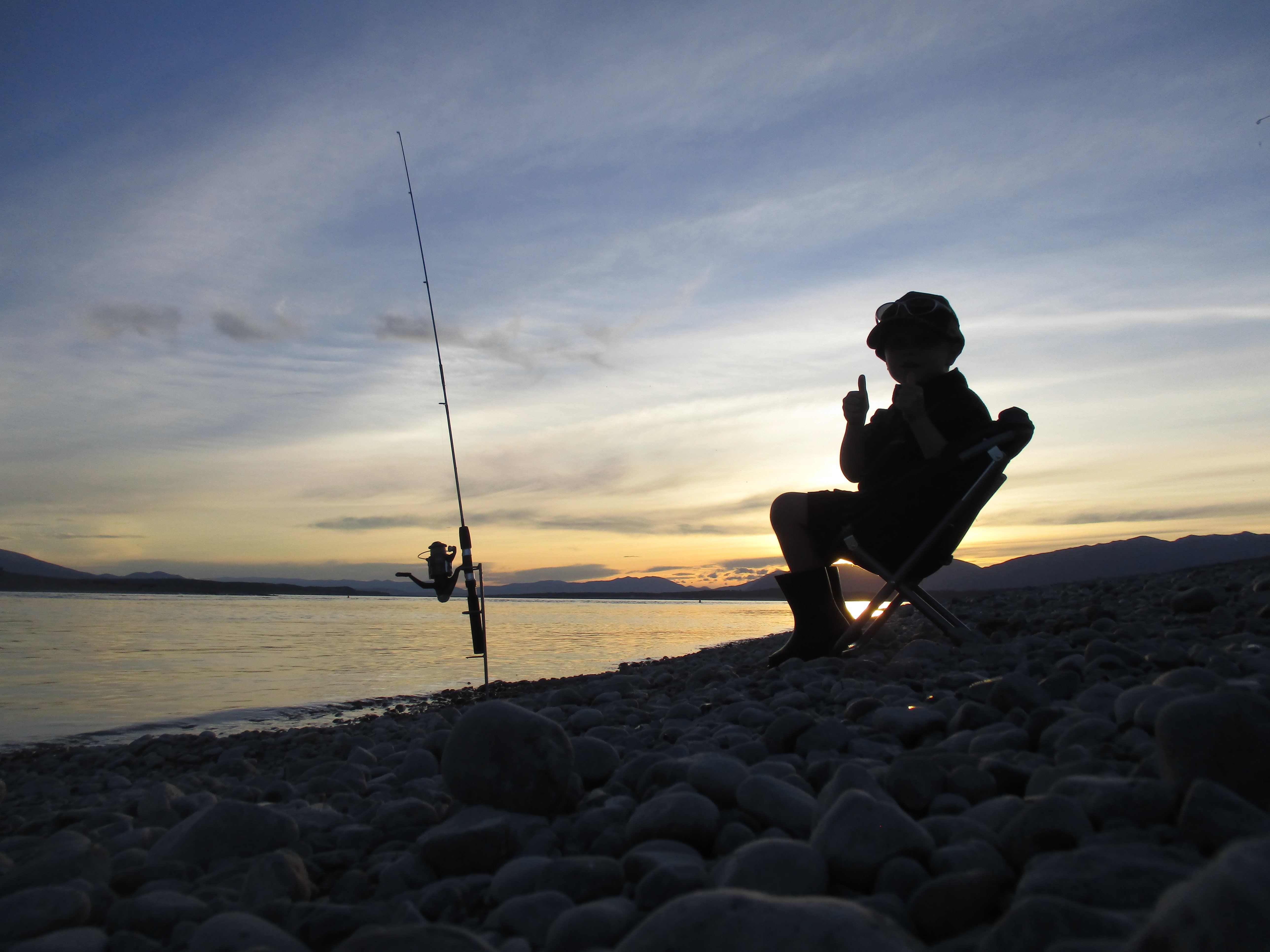 ‘Awesome’ fishing and more lies ahead

The fishing in November and December has been epic!

We've had reports of salmon catches at the Rangitata River mouth and Lake Tekapo, excellent dry fly fishing in the Ashburton lakes, monster trout taking egg imitations in the canals and fantastic trout fishing in the Waitaki River near Kurow.

As locals expect, some of our lowland rivers are starting to show the effects of one of the driest Novembers on record and flows are low.

But opportunities are there for the taking in low flows as the big fish tend to congregate in the biggest pools.

In a general sense fishing opportunities abound in the CSI region, so we hope you make the most of the holiday period and get out for a cast.

Please remember if you choose to catch and release to handle the fish with care.

In fact, it’s an offence not to in the CSI Region. Regulation 2.5 (page 34 of the 2017-2018 South Island Regulation Guide) states “Any licenceholder who lands a sports fish and does not want to keep it shall immediately return it with as little injury as possible into the water from which it was taken.”

Click here to check out this excellent video on how to catch and release, and avoid injury while getting the all-important photo.

Traditionally mid-November heralds the start of the salmon run in CSI with an early run up the Rangitata River.

Although it was about a week later than expected, it is great to report an improved early run compared with the last couple of years.

Thirty salmon were caught from the surf by mid-December and recorded on the tally board at Bill Whipp’s hut at the South Camp.

A few have been caught upstream, an unknown number.

Talk from the river bank is that it's been the best surf fishing in years and in comparison to last year way better.

In fact, by the end of January last year only 17 had been recorded on the tally board at Bill’s.

Traditionally for the Rangitata, the fishing does slow up around Christmas but seems to improve by mid-January.

It’s also great to see the fish are in excellent condition with most between 11-16 pounds.

There is also news of large catches of salmon as bycatch by a commercial fishing boat off Banks Peninsula.

A local angler was aboard a vessel as a verifier in line with the Salmon at Sea Agreement between Fish & Game (CSI & NC), salmon anglers' associations and commercial fishing operators.

On a multi-day trip, 394 salmon were caught with 22 of them identified as wild fish by the verifier and the others almost certainly escapees from the Akaroa salmon farm.

The farm fish were identified by their worn tail fins, which results from rubbing against the ocean pen nets; the salmon were all legally landed.

Click here to check out the media release on the unique catch; it contains some encouraging news from the commercial operator and information on the Salmon Conservation Area.

If you would like to volunteer as a verifier please get in touch with us.

You will need to be physically fit, somewhat tolerant of sea-sickness and be available at short notice for multi-day trips to sea.

After several years of mid-lake absence, our ranging team members are looking forward to carrying out  licence and other checks at the most remote corners and deepest parts of our ever-popular lakes this coming year.

Our new member of the fleet, ‘Kokanee,’ is a Frewza F16, with 80hp Honda outboard. We have tested her out on Lake Aviemore in wind-chopped conditions and she handles well.

Kokanee manoeuvres well in confined spaces and in close to objects so she'll be great for boat-to-boat interactions.

Please remember to carry your licence with you on the boat and we look forward to meeting you on the water and finding out how the fishing is going.

With ranger encounters in mind, it’s always a good idea to read your regulation guide before hitting the water. An online version can be found by clicking here.

Back in June, while undertaking a spawning survey in Bowyers Stream, an important spawning tributary of the Ashburton River catchment, we discovered widespread damage to the spawning grounds.

ECan are alleged to be responsible for the damage and they're now set to appear in the Ashburton District Court on charges relating to the incident. It is a criminal offence to disturb sports fish spawning grounds pursuant to the Conservation Act 1987.

Whether you’re a first timer or part of the furniture, there's some basic information that should be considered when you fish the Mackenzie Country canals.

They manage the area as private land, no different to a farmer's property except that you don’t need to visit the farmhouse to ask for access.

Public toilets are open round the clock for anglers at the three Ohau power stations, and portaloos are located on the Tekapo canal. Be aware though, there are no facilities for campervan black waste.

Camping is not allowed at the canals.

It is really important from a health and safety perspective that anglers obey all the safety  signage around the power stations and structures, as it's there to keep you from harm.

Large rubbish bins located near the intakes (aka head gates, penstocks, walls) of each of the Ohau power stations are available for your general use and that includes fish offal.

And while fishing at the intakes take care not to snag your line in the gates as this is causing weed to build up on the gates that need more maintenance.

Please be courteous to other anglers encountered and give them space. If you want to fish close to another angler ask the person who was there first if that’s okay with them.

Sometimes its best just to find a new spot as there are literally fish everywhere in the canals.

Most of all, enjoy the experience of being able to fish in such an easily accessible and beautiful part of the country for three species of sports fish of all sizes and shapes.