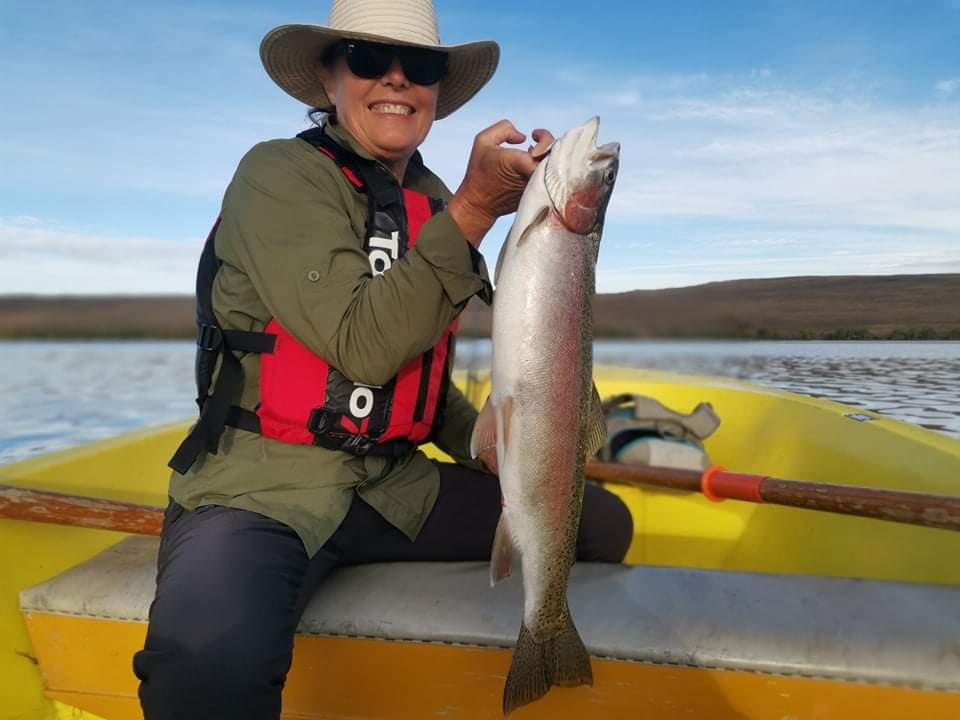 April is the last month of the “summer” fishing season so make the most of what is on offer.

Bear in mind this might be the last April we have with very few non-resident anglers on the water as our borders are set to re-open to the world.

For fly anglers, late season mayfly hatches can be a great ‘reward’ for getting out on the water as the days get shorter and cooler.

Sea run salmon anglers should be aware too that the implementation of the season bag has allowed salmon fishing to return to some water of the Central South Island Region for April.

April can also be considered the first month of the winter season – if you are in need of a fishing licence, a winter licence may fit your needs — they’re on sale from 1 April.

For many anglers the winter season is the canal season. Some fantastic trout have been caught lately at the canals by angler drifting imitation eggs near the salmon farms.

April often heralds the last trip out on the boat for the season, especially for those who pack-up their camp sites at the Waitaki Lakes over Easter or ANZAC holidays. Just stick to your favourite trolling spots and enjoy the crisp autumn air.

We do hope you enjoy your time on the water this April and if you are looking for access info or some ideas of a new spot to try then check out our fishing locations and access info page here.

Regardless of whether you catch a sea run salmon or not, all holders of a season bag limit card must return their card to Fish & Game by the end of the season.

With the season bag management approach in place, the end of the sea run salmon season for many waterways has returned to 30 April – do read your regulation guide here to make sure you are fishing open water.

The easiest way to return your season bag card is to photograph it and email it to: harvestcard@fishandgame.org.nz

All the information you need to know about the new sea run salmon regulations and requirements can be found at our website here including how to obtain your sea run salmon endorsement and season bag limit card, free of charge.

With the help of Genesis Energy we relocated 1,557 stranded sports fish over two days in early March.

Most were released to the Tekapo Canal and a few of those to Lake George Scott.

We tagged 311 fish for the purpose of monitoring the growth and movement of fish of Lake Tekapo origin in the Tekapo Canal.

If you catch one of the tagged fish, please report your catch to us – the key piece of information being the unique 4-digit tag number and the catch location. We would also like to know its size and whether it was kept or released. Phone 03 6158400 or email csi@fishandgame.org.nz. 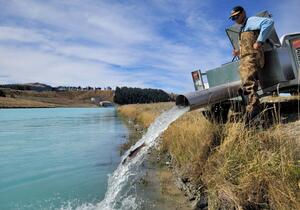 Check out this YouTube video to see how we recover and tag the fish before release into the Tekapo Canal.

Our Tekapo Canal release location was at the top bridge near the Tekapo A Power Station.

The fishing should be pretty good around there until they disperse downstream.

They are a bit smaller than your typical target at the canals but would make a good option for new anglers and kids who value just catching a fish above catching a big fish.

The upper Ōhau River Spring Season is a controlled fishery for September 2022. 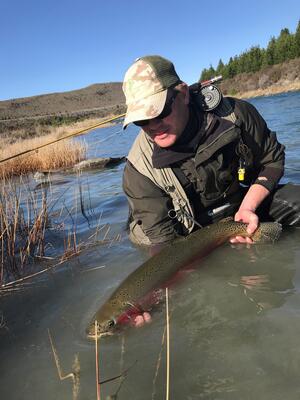 Anglers must enter a free ballot (lottery) and win one of a limited number of controlled period licence that are only valid for fishing a specified 2-3 day period during September 2022.

To enter the ballot anglers must first hold a 2021/22 season Ōhau River Backcountry Endorsement - available free on our website here.

For all the information you need please visit our Ohau River controlled fishery webpage here.

Since October 1, 592 anglers have been interviewed by Rangers, with 48 offenders encountered.

The most common offence detected was fishing without a valid sports fishing licence, while other offences were: using more than one rod, fishing out of season, being more than 15 metres from their rod, fishing for sea run salmon without salmon endorsement, failure to produce sea run salmon bag limit card when salmon fishing, exceeding the daily bag limit, using illegal bait and injury to fish to be released.

All anglers that target trout, salmon, perch and other sports fish in freshwater are required under the Conservation Act 1987 to hold a valid sports fishing licence and adhere to the sports fishing regulations.

Anglers need to check their regulation guides and ensure they adhere to the rules, which can differ between waterways. Anglers who choose to fish without a licence or otherwise break the rules can expect to end up in court.

If you need any information or clarification of the regulations don’t hesitate to get in touch with a staff member at Central South Island Fish & Game. Email csi@fishandgame.org.nz or phone 03 6158400.