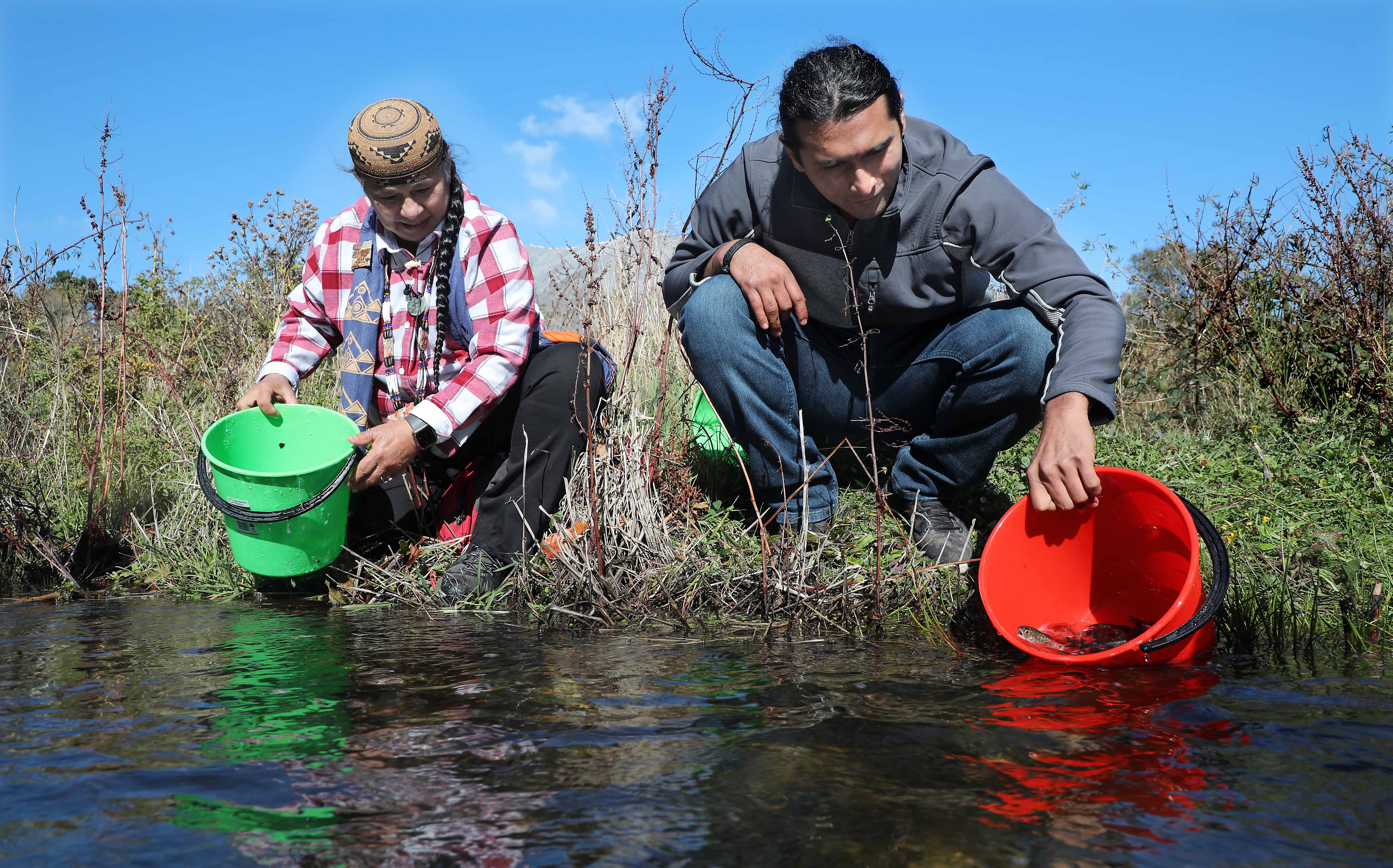 Dear Anglers, conditions for fishing have not been good the past week with the main upper river catchments receiving large amounts of rain.

On top of that, very strong winds have made fishing in the high country almost impossible.

These conditions are forecast to continue into Friday and Saturday. The Rakaia river peaked at around 850 cumecs this week and even without further rain will not be fishable this weekend.

Sunday's forecast for the Canterbury high country is for the winds to be light at around 6kms. This could be a good option for Lake anglers.

Cast into the deep drop-off and wait for your lure to sink for a few seconds before retrieving. 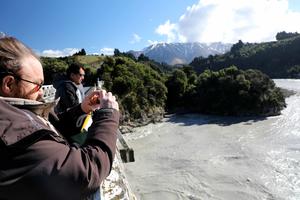 There are times up there when this doesn’t matter and the fish will bite at any time.

Prior to the latest fresh, there were a good number of salmon caught in the mid reaches of the Waimakariri.

Strong winds prevented this during the week. 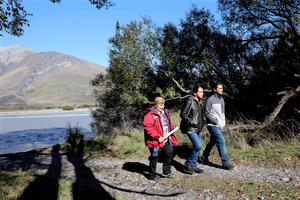 On Saturday a delegation of three from the tribe and also their fisheries biologist arrived in Christchurch from California.

It was clear that the Winnemem tribe were overwhelmed by the support shown by locals.

This trip was made in order to meet all of the NZ team, from multiple sectors, with the main objective of bringing together complex plans for the coming project.

It will start in June with a focus on trapping late-running salmon which may be of winter run genetics.

In the McCloud River, which was originally a direct tributary to the Sacramento River before the Shasta dam was built in the 1950s, Chinook salmon ran thick.

This dam severed the run completely. The salmon were taken from the people! The McCloud had three main runs of salmon prior to this. spring, fall, and winter run Chinook.

50 years before the dam was built in the early 1900s, salmon ova was nurtured by Winnemem people who worked at the Baird Hatchery run by the United States Fisheries Commission, led by Livingston Stone.

This ova was supplied to many US States and shipped to 13 counties including New Zealand.

At present there is a mandate in California to “get Chinook above the rim dams.” Which fish to use is the key question.

Although the Winnemem people had all three runs of Chinook, funds have only been made available at this stage for winter run Chinook.

This is because it has been officially classified as “ endangered”. So a search for suitable  genetics will begin here in June for a period of 12 weeks.

The reality is that the Winnemem Wintu had all three runs before the dam, and they just want their lost Chinook back - spring, fall, winter or all three.

We have the direct descendants of their lost Chinook here, but it is not as simple as it seems.

Fisheries politics are very abundant in the US, so firstly we must look for winter run.

This process would involve firstly identifying winter run, then capturing a small amount of samples in order to create a captively-reared stock, from which ova would be collected.

The Winnemem people have fought hard for their lost Chinook and there's still a very long way to go.

During their six day visit here they have shared their story with many.

Now their 6 day visit is nearly up, and we will miss their amazing talks about the Chinook. They have been overwhelmed by the level of support shown by the NZ people!

Thank you to everyone who did so much for the Winnemem during their stay.